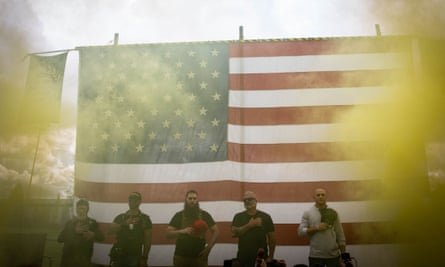 On links to the Trump campaign, she said that the distorted content and the violent user comments formed a kind of “feedback loop”, and that “Trump and his campaign staff have been masters at exploiting these feedback loops”.
Revealed: Trump-linked consultant tied to Facebook pages warning election will cause civil war | US news | The Guardian
Posted by John H Armwood II at 8:59 AM