It has been a tough December for media darlings in American politics. Let’s give three examples:
New Jersey Gov. Chris Christie (R) faces a barrage of criticism from New Jersey voters for choosing to continue vacationing in sunny Florida while voters were deluged with snow, ice and blizzard. His Republican lieutenant governor was in Mexico during the blizzard, visiting an ill relative. No fault in that, but the governor should have been at his desk dealing with the blizzard and not engaging in leisure, entertainment, sporting and bathing pursuits while New Jersey voters were suffering the snow.
Christie's public-relations machine then tried to escape responsibility. Everyone knows it snows in New Jersey, he said. Bad answer. Bad plan. Bad time for partying in the sun.
Christie's numbers were down significantly before his Florida visit, a fact the political chattering class that boosts Christie for 2012 is not yet aware of. He might turn out to be a good governor, or he might be a major flop, but he will not be on the Republican ticket in 2012. Not ready for prime time, not even close.
Meanwhile, New York Mayor Mike Bloomberg, a man I greatly admire, had a disastrous blizzard himself. While Bloomberg was teasing the media about national politics, and recently going to China to discuss U.S.- Chinese finances, he should have been well-aware of the weather report predicting a blizzard disaster well ahead of the event.
Mayor Bloomberg blew it. He was not prepared and his administration was not ready. The snow piled up and the good people of New York are not happy campers. The mayor responded by blaming the people for complaining about the poor performance of his government. Now he has apologized.
Simply put, Gov. Christie and Mayor Bloomberg did not "stick to their knitting.” They dropped the ball, and made major unforced errors.
Not to be outdone, Mississippi Gov. Haley Barbour (R), a man I greatly respect who has been mentioned as a candidate for the Republican nomination, initiated a discussion about which 1960s segregationist group he preferred. Need I say more?
Somewhere in the West Wing of the White House, David Axelrod is smiling.
Trust me.

Posted by John H Armwood II at 4:31 PM No comments:


A Time for Change

Things do not happen. Things are made to happen. – JFK

3 Civil Rights workers who were murdered in Neshoba County on June 21, 1964

Ronald Reagan made his first speech as a presidential candidate in Neshoba County
CNN has a post about LBJ and Reagan “loyalists” clashing over the “Obama agenda.”


The article is essentially about the competing viewpoints about the economic
legacy of LBJ and Ronald Reagan. One signed into legislation the Civil Rights Act of 1964
and the Voting Rights Act of 1965, which changed life in the South as the old guard knew it.
Those acts made Barack Obama’s candidacy an eventual possibility.
Having been a Southern legislator, LBJ knew Republicans would benefit from the angry
Southern backlash.  LBJ told Bill Moyers, “We’ve lost the South for a generation”
after signing the Voting Rights Act in 1965. 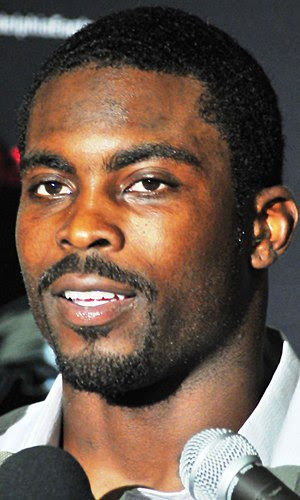 
Last night I had one of those awful television moments that sometimes afflict those of us who spend part of our life in classroom where we have 90 minutes to discuss a topic and the other part of our life on television where we are constrained to four-minute analyses. On Wednesday evening I joined The Rachel Maddow Show to discuss the current flap surrounding Michael Vick and President Obama.

My goal was to offer some historical context for understanding the vastly different responses to Vick’s crime, to the severity of his punishment, and to the sense that he should be given a second chance to earn a living as a professional football player. I believe that to understand these different public responses we need to know how the Vick case evokes often unspoken, but nonetheless powerful, and deeply emotional interconnections between the rights of black Americans and of animals. Instead, having vastly underestimated the allotted time for the segment I instead seemed to argue that Vick’s acts were justified by the history of American racism. This touched off quite a flood of hate mail to my email inbox last night. So I’ve decided to make one more effort to discuss this complicated issue.
Last year I was teaching an introductory politics course at Princeton University when a campus animal rights group [1] brought to campus a fascinating and provocative exhibit that linked animal cruelty to human degradation, imprisonment and slavery. The images in the exhibit were part of a larger international PETA effort [2]. They were disturbing, but also very powerful.

Many African American students on campus were deeply offended, hurt and angry about the exhibit's comparison of animal suffering to the realities of the slave trade and lynching. The Organization of Black Students organized a protest and boycott. The campus animal rights group organized a teach-in. I had leaders from both student organizations in my class that semester. The tension, emotion, and analytic challenges raised by the exhibit became an important aspect of the class. A group of students even made a film about the issue for the final class project. As I sought to help guide my students through these interactions I opened up a new line of research on the politics of race and animal rights.

Recall that North American slavery of the 17th and 18th century is distinguished by its "chattel" element. New World slavery did not consider enslaved Africans to be conquered persons, but to be chattel, beast of burden, fully subhuman and therefore not requiring the basic rights of humans. By defining slaves as animals and then abusing them horribly the American slave system degraded both black people and animals. By equating black people to animals it both asserted the superiority of humans to animals, arrayed some humans (black people) as closer to animals and therefore less human, and implied that all subjugated persons and all animals could be used and abused at the will of those who were more powerful. The effects were pernicious for both black people and for animals.

Equating black people to animals was a practice that continued after emancipation. Consider the image below. It is a picture of an Alabama store during the Jim Crow era. The sign reads: No Negro or Ape Allowed in the Building.

This pair of images reminds that these comparisons continue in contemporary popular culture and often with particular relevance to American sports.

When the abuse and oppression of an entire group of people is justified as acceptable because they are defined as animals, then it stands to reason the society is suggesting that abuse and oppression are acceptable ways to treat animals. Michael Vick committed horrendous acts of cruelty. I have had dogs as pets for my entire life. I am sickened by his actions. At the same time I recognize that he is one individual in a larger society that is profoundly complicit in the abuse and mistreatment of animals. Ideologies of white supremacy have particular culpability in that attitude toward animals because it was part of the governing ideology of slavery and segregation.

Given this history we might think that African Americans would be particulalry strident animal rights activists, seeing their interests as profoundly linked. But the relationship between race, rights, and animals is more complicated. Dogs, for example, were used by enslavers to catch, trap and return those who were trying to escape to freedom. Dogs were used to terrorize Civil Rights demonstrators. In short, animals have been weapons used against black bodies and black interests in ways that have deep historical resonace.

Not only have animals been used as weapons against black people, but many African Americans feel that the suffering of animals evokes more empathy and concern among whites than does the suffering of black people. For example, in the days immediately following Hurricane Katrina dozens of people sent me a link to an image of pets being evacuated on an air conditioned bus [3]. This image was a sickening juxtaposition to the conditions faced by tens of thousands of black residents trapped by the storm and it provoked great anger and pain for those who sent it to me.
I sensed that same outrage in the responses of many black people who heard Tucker Carlson call for Vick's execution as punishment for his crimes. It was a contrast made more raw by the recent decision to give relatively light sentences to the men responsible for the death of Oscar Grant. [4] Despite agreeing that Vick's acts were horrendous, somehow Carlson's moral outrage seemed misplaced. It also seemed profoundly racialized. For example, Carlson did not call for the execution of BP executives despite their culpability in the devastation of Gulf wildlife. He did not denounce the Supreme Court for their decision in US v. Stevens (April 2010) [5] which overturned a portion of the 1999 Act Punishing Depictions of Animal Cruelty. After all with this "crush" decision the Court seems to have validated a marketplace for exactly the kinds of crimes Vick was convicted of committing. For many observers, the decision to demonize Vick seems motivated by something more pernicious than concern for animal welfare. It seems to be about race.
It is into this murky racial history that President Obama inadvertently waded this week. Whatever the quality (or lack thereof) of his argument about incarceration and its lifelong effects on those who serve time, I suspect the President could not be heard over the din of emotion, anxiety, and history around race and animals in this country. Last night I found myself similarly unable to articulate the difficult and complex relationships that can make it so difficult to hear one another across this divide. My goal was not to defend Vick nor to condemn him, but to try to understand our very different national reactions to him.

Posted by John H Armwood II at 4:17 PM No comments: