Parents of 545 Children Separated at the Border Cannot Be Found 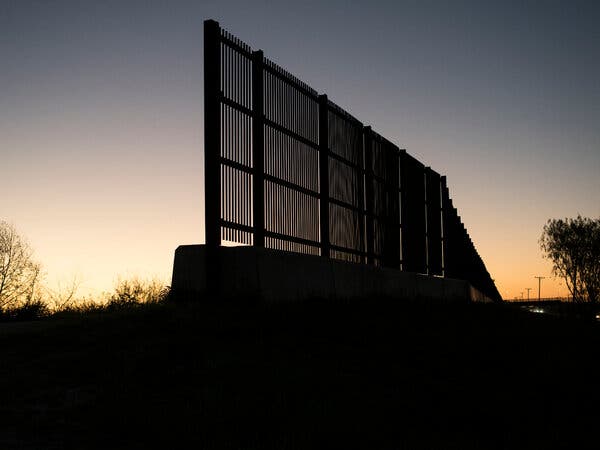 Parents of 545 Children Separated at the Border Cannot Be Found

A new report shows hundreds of cases in which migrant children were taken from their families, and their parents, who were deported, cannot be located.

Radio spots are airing throughout Mexico and Central America. Court-appointed researchers are motorbiking through rural hillside communities in Guatemala and showing up at courthouses in Honduras to conduct public record searches.

Their efforts are part of a wide-ranging campaign to track down parents separated from their children at the U.S. border beginning in 2017 under the Trump administration’s most controversial immigration policy. It is now clear that the parents of 545 of the migrant children still have not been found, according to court documents filed this week in a case challenging the practice.

About 60 of the children were under the age of 5 when they were separated, the documents show.

Though attempts to find the separated parents have been going on for years, the number of parents who have been deemed “unreachable” is much larger than was previously known.

Under court order, the government first provided an accounting of separated families in June of 2018, reporting that about 2,700 children had been taken from their parents after crossing into the United States. After months of searching by a court-appointed steering committee, which includes a private law firm and several immigrant advocacy organizations, all of those families were eventually tracked down and offered the opportunity to be reunited.

But in January 2019, a report by the Health and Human Services Department's Office of the Inspector General confirmed that many more children had been separated, including under a previously undisclosed pilot program conducted in El Paso between June and November 2017, before the administration’s widely publicized “zero tolerance” policy officially went into effect.

Under that policy, the Trump administration directed prosecutors to file criminal charges against those who crossed the border without authorization, including parents, who were then separated from their children when they were taken into custody. Some parents who crossed the border at legal ports of entry were also among those separated from their children.

But in June 2019, under court order, the government eventually acknowledged that an additional 1,556 children had been separated from their families; 200 of them were under 5 years of age at the time they were taken into custody.

When that information came out, the search efforts started again, but were made significantly more difficult by the amount of time that had passed between when the children were released from federal custody and when volunteer researchers began trying to find them. The effort hit another roadblock with the outbreak of the coronavirus pandemic, during which travel through the Central American countries where most of the families live has been severely restricted.

“The Trump administration had no plans to keep track of the families or ever reunite them and so that’s why we’re in the situation we’re in now, to try to account for each family,” said Nan Schivone, legal director of the organization Justice in Motion, which is leading on-the-ground search efforts for separated families.

The American Civil Liberties Union, which is leading the court challenge to the family separation policy, said it had also been unable to find 362 of the children, many of whom are likely living in the United States, whose parents were deemed unreachable.

“The fact that they kept the names from the court, from us, from the public, was astounding,” said Lee Gelernt, the lead attorney in the A.C.L.U.’s case over family separations. “We could have been searching for them this whole time.”

The latest findings were first reported by NBC News.

In some cases, members of the steering committee have had only names and countries of origin to go on in trying to locate separated parents. Even after conducting public record searches to identify the cities where the families were from, they faced additional hurdles. Many of the families had fled their homes because they were escaping violence or extortion, and intentionally withheld information from friends and neighbors about where they were going.

Researchers are presuming that about two-thirds of the parents now being sought are back in their home countries.

As part of the legal case over family separations in the Federal District Court in San Diego, overseen by Judge Dana Sabraw, the search efforts will continue and the government will be required to provide information about any additional families that are separated at the border.

As of October 2019, the government had provided contact information for more than 1,100 additional parents who had been separated from their children, but argued that it would not disclose information about some 400 of the parents because those individuals had criminal records that prevented the United States government from reuniting them with their children under Homeland Security Department policies.

Of the more than 1,100, the steering committee has been able to locate the parents of 485 additional separated children. The rest have not been found."

Parents of 545 Children Separated at the Border Cannot Be Found
Posted by John H Armwood II at 3:53 PM