It was always going to be a hard year for California’s firefighters. Even before freak summer lightning storms lit up the state weeks earlier than expected and Covid-19 and the climate crisis became dueling calamities, fire crews were bracing for season of record-breaking infernos across the west.
Now, fatigued first responders are facing fires that are burning hotter, faster, and more frequently than ever before – and it’s only expected to get worse as the season goes on. The strain is already starting to set in.
“I have never seen something at this level,” said James Bowron, Oakland Fire Department’s battalion chief. In nearly three decades on the job, he has never witnessed this many fires burning at once. 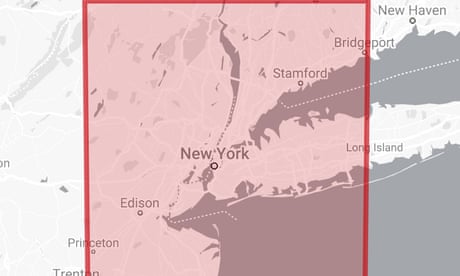 Bigger than London, bigger than New York City: visualizing the size of fires in the US

Read more
California saw a fierce and early start to its annual fire season. By the first week of September, a record 3.3m acres had already gone up in flames. That’s 26 times more than the area that had burned last year by this time. Firefighters are battling nearly 30 major blazes. Officials report that roughly 4,900 structures have been reduced to rubble and 24 people have lost their lives so far. The victims include Diana Jones, an emergency medical technician volunteering on the firefight in Tehama.
More than 14,800 first responders are out fighting to contain the fires, according to state officials. “That’s a lot,” said Christine McMorrow, a resource management communication officer with CalFIRE, “that’s everybody we’ve got.”
The unprecedented scope and intensity caused by the explosion of simultaneous fires has crews spread thin. Covid has added further complications, with infections and quarantine requirements limiting aid from other states and the number of crews that otherwise might have been able to deploy."
Firefighters pushed to the limits as unprecedented infernos rage across US west coast | World news | The Guardian
Posted by John H Armwood II at 7:46 AM