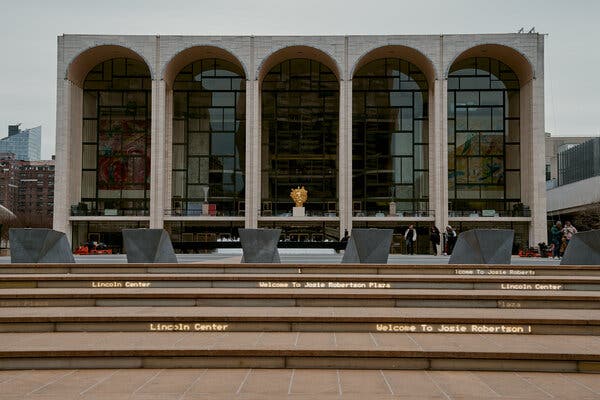 "The Metropolitan Opera announced Wednesday that the still-untamed coronavirus pandemic has forced it to cancel its entire 2020-21 season, prolonging one of the gravest crises it has faced in its 137-year history and keeping it dark until next September.

The decision is likely to send ripples of concern through New York and the rest of the country, as Broadway theaters, symphony halls, rock venues, comedy clubs, dance spaces and other live arts institutions grapple with the question of when it will be safe again to perform indoors. Far from being a gilded outlier, the Met, the nation’s largest performing arts organization, may well prove to be a bellwether.

The outbreak has kept the 3,800-seat opera house closed since mid-March, sapping it of more than $150 million in revenue and leaving roughly 1,000 full-time employees, including its world-class orchestra and chorus, furloughed without pay since April. Now, with the virus still too much of a threat to allow for a reopening on New Year’s Eve, as hoped, Peter Gelb, the Met’s general manager, is making plans to adapt to a world transformed by the pandemic, including by trying to curb the company’s high labor costs.

“The future of the Met relies upon it being artistically as powerful as ever, if not more so,” Mr. Gelb said in an interview. “The artistic experiences have to be better than ever before to attract audiences back. Where we need to cut back is costs.”

As he canceled the current season, Mr. Gelb announced an ambitious lineup for 2021-22 to reassure donors and ticket buyers that the Met has robust plans. An even more difficult effort will play out offstage: Mr. Gelb said he would ask the company’s powerful unions to agree to cost-cutting concessions that he said would be necessary in the post-pandemic world, and which a number of other prominent performing arts organizations have begun to implement.

The Met plans to return to its stage next September with Terence Blanchard’s “Fire Shut Up in My Bones,” the first time it will mount an opera by a Black composer — a long-overdue milestone, and part of a new focus on contemporary works alongside the ornate productions of canonical pieces for which the company is famous. The Met will also experiment with earlier curtain times, shortening some operas and offering more family fare as it tries to lure back audiences..."

The Metropolitan Opera Won’t Reopen for Another Year - The New York Times
Posted by John H Armwood II at 1:29 PM