Trump Won’t Commit to ‘Peaceful’ Post-Election Transfer of Power. We officially live in a dictatorship. 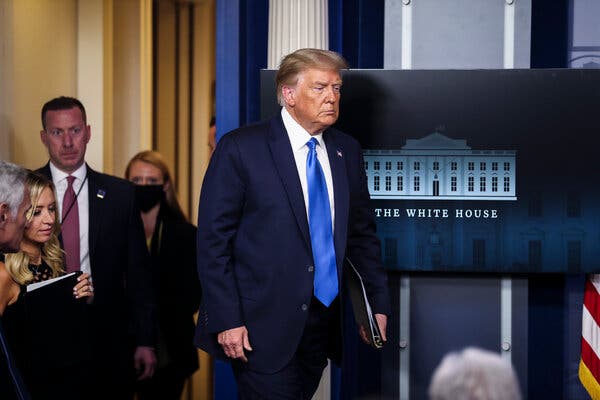 "President Trump has long made comments about retaining power beyond legal limits.Oliver Contreras for The New York Times