Trump Wants To Fight Election, But 'It's Dawning On Him,' Former Adviser Says

Trump Wants To Fight Election, But 'It's Dawning On Him,' Former Adviser Says 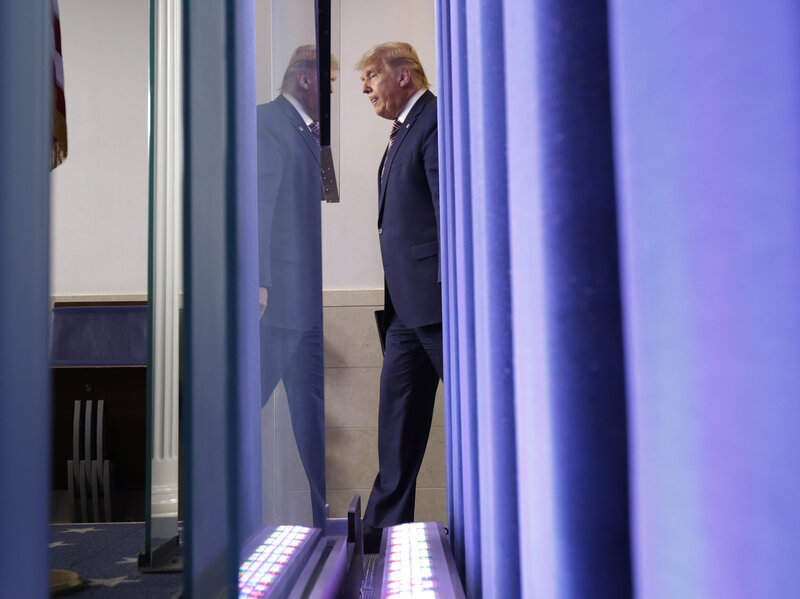 President Trump arrives to speak in the briefing room at the White House Thursday.

Chip Somodevilla/Getty Images“Aides to President Trump have been counseling him this week that his legal options to try to win the election are limited, but Trump wants to fight it out, a former campaign adviser who remains in touch with key players told NPR.

"It's dawning on him," the former adviser said, speaking on condition of anonymity to comment on private conversations. "He never thought he could lose ... and those of us who are in Trump World, we actually never believed he could lose."

Trump's ability to withstand crisis after crisis conditioned his team to have "a false sense of reality because he's survived so many times. You just assume he's going to survive again," the former adviser said.

The former adviser said he believes Trump will eventually concede, but at this stage believes he has a responsibility to the people who voted for him to "go to the mattresses to push, you know, as far as he can."