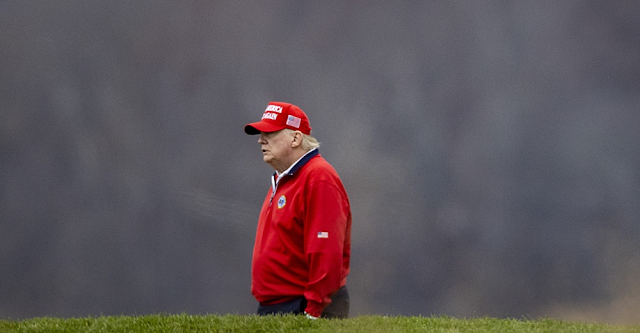 By Christina Zhaonewsweek.com2 min
Outgoing Republican Congressman Denver Riggleman of Virginia on Saturday unleashed a barrage of criticism against Donald Trump, his allies and "anti-American" supporters, as the president continues to cast doubt on his election loss.
Riggleman is among the few Republicans who have acknowledged President-elect Joe Biden's victory over Trump. Most media outlets called the election for the Democrat, who has secured 306 Electoral College votes, over two weeks ago, but Trump has refused to concede.
In an interview with Forbes, Riggleman condemned his fellow Republicans for remaining quiet amid Trump's attempts to cast doubt on the election process by claiming a "rigged" and "stolen" election. It's "completely unethical," he said, explaining that some of his colleagues believe that breaking with Trump would "cost them their careers."
"The career is more important than the facts, it's that simple," Riggleman added. "I'm so damn sick of it. I'm sick of it."
Riggleman admitted that there were "true believers" of Trump's claims of widespread voter fraud, but he went on to suggest that they were not smart people. "[It] really speaks to where your intelligence level is... to believe in that type of operation," he said.
The lawmaker also criticized Trump for embracing "anti-Semitic" and "anti-American" supporters and added that it was "irresponsible" for the president to retweet QAnon conspiracies.
"He got so desperate to retain power that he forgot he was serving people and not himself," Riggleman said of Trump, adding that the president has "never served anything but himself, when you talk about his businesses and what he's done."
In a statement to Newsweek, Riggleman noted that he doesn't think all MAGA supporters are "anti-American," only the ones pushing pro-Trump conspiracy theories. He also affirmed his belief that "conspiracy theories can cause huge damage and those that knowingly spread them and know they are false is dangerous."
Riggleman's remarks came hours after he shot back at a tweet that accused him of being "responsible" for the "corrupt election" that led to Trump's loss. The tweet named Riggleman and a number of other Republicans who have acknowledged Biden's win or called for a peaceful transition of power to the incoming Biden administration."
GOP Lawmaker Slams Republican Trump Loyalists, Calls Out 'Anti-American' Supporters, Says He's 'Damn Sick of It'
Posted by John H Armwood II at 2:46 PM