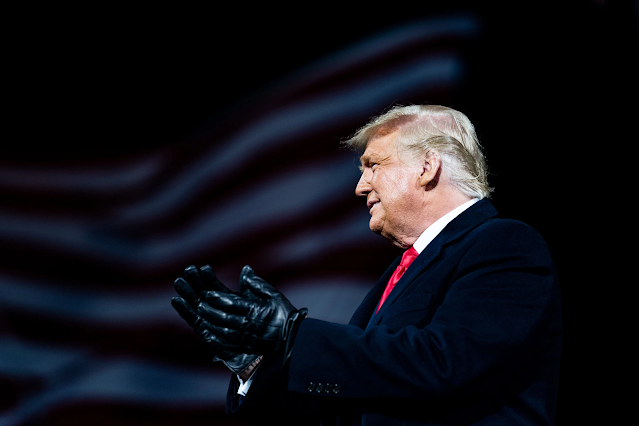 "On Bill Clinton’s Inauguration Day, Jan. 20, 1993, he found on the Chesapeake and Ohio Railway desk in the Oval Office a gracious, handwritten letter left for him by the Republican president whom he had defeated.

In it, the departing president reminded the arriving one:

“You will be our President when you read this note. I wish you well. I wish your family well. Your success now is our country’s success. I am rooting hard for you. Good Luck — George.”

In reflecting on how meaningful that letter had been to him, Clinton wrote of George H.W. Bush that “though he could be tough in a political fight, he was in it for the right reasons: People always came before politics, patriotism before partisanship.”

That is why it was somewhat embarrassing that some members of the Clinton administration committed silly, immature acts of vandalism when handing the reins of power over to Bush’s son, George W. Bush, in 2001.

The General Accounting Office investigated the vandalism for a year and concluded that “damage, theft, vandalism and pranks did occur in the White House complex” during the transition, and as The New York Times reported: “The agency put the cost at $13,000 to $14,000, including $4,850 to replace computer keyboards, many with damaged or missing W keys.”

It was embarrassing, but not truly disruptive to the transfer of power. Still, Republicans pointed to it as an extreme breach of protocol. Representative Bob Barr of Georgia, who had asked the G.A.O. to look into the allegations of vandalism, said of the findings: “The Clinton administration treated the White House worse than college freshmen checking out of their dorm rooms.” He continued, “They disgraced not just themselves but the institution and the office of the presidency as well.”

I have thought about the grace of the elder Bush’s transition letter and the smallness of the Clinton White House’s shenanigans often in recent weeks as we have watched Donald Trump stubbornly refuse to concede, brazenly try to disenfranchise millions of voters and recklessly sow distrust in our electoral system, and by extension our democracy. Everything that happened before has been rendered quaint.

The way Trump has absolutely trashed our democratic norms has made a mockery of things that used to raise our, or at least Republicans’, hackles about decorum and propriety — like Obama not wearing a flag pin, putting his feet on a desk, or wearing a tan suit. Republicans have either cheered or shrunk in silence as Trump has set his blazes and fanned the flames.

The damage Trump is now doing trying to claw back an election that he has lost is almost incalculable in its scope and yet-to-unfold possibilities. There is no guarantee that Trump will ever concede, and there is every suggestion that he won’t. There is no way to know what a Biden Inauguration Day would look like. Would Trump attend? Would he gracefully exit the White House premises?

Furthermore, the damage Trump has attempted to do to faith in the American election system has been wildly, depressingly, successful. A Politico/Morning Consult poll earlier this month found that “70 percent of Republicans now say they don’t believe the 2020 election was free and fair, a stark rise from the 35 percent of G.O.P. voters who held similar beliefs before the election.”

That would represent tens of millions of Americans who, largely because of Trump and the far-right press that abets him, will see a duly elected Joe Biden presidency as illegitimate, and the election system as flawed.

Furthermore, we have a president who appears to care about nothing else but turning his loss into a win, and, if he fails, handicapping the Biden administration.

He has essentially given up fighting the Covid crisis — other than touting vaccines — even though the virus is raging in this country and around the world. On Saturday, Trump skipped the “Pandemic Preparedness” meeting of G-20 leaders to play golf. As The Times reported, “at least 1,428 new coronavirus deaths and 171,980 new cases were reported in the United States” on Saturday.

Not only that, but as food insecurity triples for families with children during the Covid-19 pandemic, food bank lines stretch ahead of the holiday, and with 12 million Americans scheduled to lose unemployment benefits the day after Christmas, Trump is not pressuring congressional leaders to pass another aid package.

Remember that it was Trump who used a tweet to halt stimulus talks in early October, writing: “I have instructed my representatives to stop negotiating until after the election when, immediately after I win, we will pass a major Stimulus Bill that focuses on hardworking Americans and Small Business.”

He didn’t win, and now he could care less. There is golf to be played. Trump is hurt but not humble. He is angry and lashing out.

I wish that all he and his team were doing was removing some B’s and H’s from some keyboards. Instead, they’re taking a sledgehammer to a young and fragile democratic experiment and allowing Americans to suffer and die as they do it."