Women of color bolt Warren’s Nevada campaign in frustration - POLITICO. This has always been a problem dealing with White liberals. People of color have complained about this since America began. Lincoln had the same liberal arrogance. 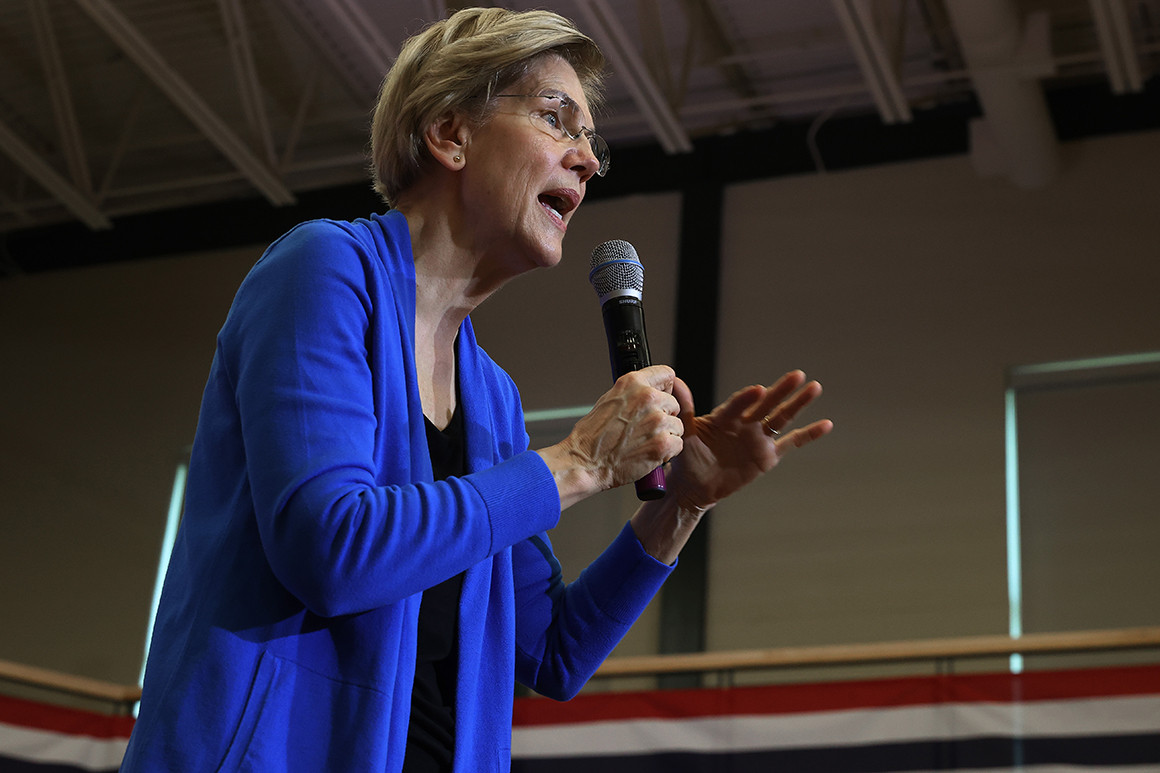 "This has always been a problem dealing with White liberals.  People of color have complained about this since America began.   Lincoln had the same liberal arrogance.

“Complaints, comments, advice, and grievances were met with an earnest shake of the head and progressive buzzwords, but not much else."

The problems in Warren’s Nevada campaign heighten the importance of a rebound in New Hampshire after a third-place finish in the Iowa caucuses. Of the first four voting states, Nevada is the one Warren has visited the least: She has spent just 12 days there, another factor that dispirited the state’s staff. This week, her campaign also scaled back its television ads in the state by about $140,000.

Warren’s campaign did not dispute the women’s accounts but suggested they do not reflect a broader problem within her large, 31-state organization.

“We strive for an inclusive environment and work hard to learn and improve,” Warren campaign spokesperson Kristen Orthman said in a statement. “We have an organization of more than a thousand people, and whenever we hear concerns, we take them seriously. It’s important that everyone who is part of our team has a voice and can be heard. That’s why we are proud that we have a unionized staff and clear processes for issues to be addressed.”

The women said the issues within the campaign hurt the larger effort to marshal votes, particularly in the state's large Latino communities. Spanish-language literature didn’t arrive until late in the fall despite repeated requests from many staffers. There were too few Spanish-speaking organizers, the former staffers said, despite asking the campaign to hire more. They felt it was a constant battle to set up events in Spanish.

The problems were exacerbated by conflicting leadership at the top. Warren campaign headquarters in Boston quietly dispatched Democratic operative Kevin Brown to Nevada in November. One of the former female staffers, as well as a separate former Warren official in the state who was not authorized to speak on the matter, said it was unclear who was in charge, Brown or state director Suzy Smith.

The tumult in Warren’s Nevada operation comes during a larger transition in Democratic campaigns, as a new generation of women and people of color fill the ranks of organizers and campaign managers. For generations, campaigns have been dominated by white men, especially at the top. But this year’s Democratic field has seen record diversity among campaign managers, including Warren’s Roger Lau who is the first Asian-American campaign manager for a major presidential candidate."