Opinion | In Private, Republicans Admit They Acquitted Trump Out of Fear - The New York Times 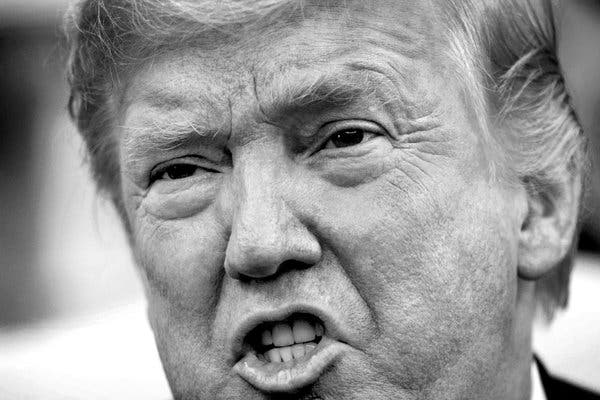 "One journalist remarked to me, “How in the world can these senators walk around here upright when they have no backbone?”


Mr. Brown is a Democratic senator from Ohio.
Fear of President Trump guides many Republicans in Congress.
Not guilty. Not guilty.
In the United States Senate, like in many spheres of life, fear does the business.
Think back to the fall of 2002, just a few weeks before that year’s crucial midterm elections, when the Authorization for Use of Military Force Against Iraq was up for a vote. A year after the 9/11 attacks, hundreds of members of the House and the Senate were about to face the voters of a country still traumatized by terrorism.
Senator Patty Murray, a thoughtful Democrat from Washington State, still remembers “the fear that dominated the Senate leading up to the Iraq war.”
“You could feel it then,” she told me, “and you can feel that fear now” — chiefly among Senate Republicans.
For those of us who, from the start, questioned the wisdom of the Iraq war, our sense of isolation surely wasn’t much different from the loneliness felt in the 1950s by Senator Herbert Lehman of New York, who confronted Joe McCarthy’s demagogy only to be abandoned by so many of his colleagues. Nor was it so different from what Senator George McGovern must have felt when he announced his early opposition to the Vietnam War and was then labeled a traitor by many inside and outside of Congress.
History has indeed taught us that when it comes to the instincts that drive us, fear has no rival. As the lead House impeachment manager, Representative Adam Schiff, has noted, Robert Kennedy spoke of how “moral courage is a rarer commodity than bravery in battle.”
Playing on that fear, the Senate majority leader, Mitch McConnell, sought a quick impeachment trial for President Trump with as little attention to it as possible. Reporters, who usually roam the Capitol freely, have been cordoned off like cattle in select areas. Mr. McConnell ordered limited camera views in the Senate chamber so only presenters — not absent senators — could be spotted.
And barely a peep from Republican lawmakers.
One journalist remarked to me, “How in the world can these senators walk around here upright when they have no backbone?”
Fear has a way of bending us.
Late in the evening on day four of the trial I saw it, just 10 feet across the aisle from my seat at Desk 88, when Mr. Schiff told the Senate: “CBS News reported last night that a Trump confidant said that Republican senators were warned, ‘Vote against the president and your head will be on a pike.’” The response from Republicans was immediate and furious. Several groaned and protested and muttered, “Not true.” But pike or no pike, Mr. Schiff had clearly struck a nerve. (In the words of Lizzo: truth hurts.)
Of course, the Republican senators who have covered for Mr. Trump love what he delivers for them. But Vice President Mike Pence would give them the same judges, the same tax cuts, the same attacks on workers’ rights and the environment. So that’s not really the reason for their united chorus of “not guilty.”
For the stay-in-office-at-all-cost representatives and senators, fear is the motivator. They are afraid that Mr. Trump might give them a nickname like “Low Energy Jeb” and “Lyin’ Ted,” or that he might tweet about their disloyalty. Or — worst of all — that he might come to their state to campaign against them in the Republican primary. They worry:
“Will the hosts on Fox attack me?”
“Will the mouthpieces on talk radio go after me?”
“Will the Twitter trolls turn their followers against me?”
My colleagues know they all just might. There’s an old Russian proverb: The tallest blade of grass is the first cut by the scythe. In private, many of my colleagues agree that the president is reckless and unfit. They admit his lies. And they acknowledge what he did was wrong. They know this president has done things Richard Nixon never did. And they know that more damning evidence is likely to come out.
So watching the mental contortions they perform to justify their votes is painful to behold: They claim that calling witnesses would have meant a never-ending trial. They tell us they’ve made up their minds, so why would we need new evidence? They say to convict this president now would lead to the impeachment of every future president — as if every president will try to sell our national security to the highest bidder.
I have asked some of them, “If the Senate votes to acquit, what will you do to keep this president from getting worse?” Their responses have been shrugs and sheepish looks.
They stop short of explicitly saying that they are afraid. We all want to think that we always stand up for right and fight against wrong. But history does not look kindly on politicians who cannot fathom a fate worse than losing an upcoming election. They might claim fealty to their cause — those tax cuts — but often it’s a simple attachment to power that keeps them captured.
As Senator Murray said on the Senate floor in 2002, “We can act out of fear” or “we can stick to our principles.” Unfortunately, in this Senate, fear has had its way. In November, the American people will have theirs.
Sherrod Brown (@SenSherrodBrown), a Democrat, is the senior United States senator from Ohio and is the author of “Desk 88: Eight Progressive Senators Who Changed America.”

Opinion | In Private, Republicans Admit They Acquitted Trump Out of Fear - The New York Times
Posted by John H Armwood II at 10:58 AM