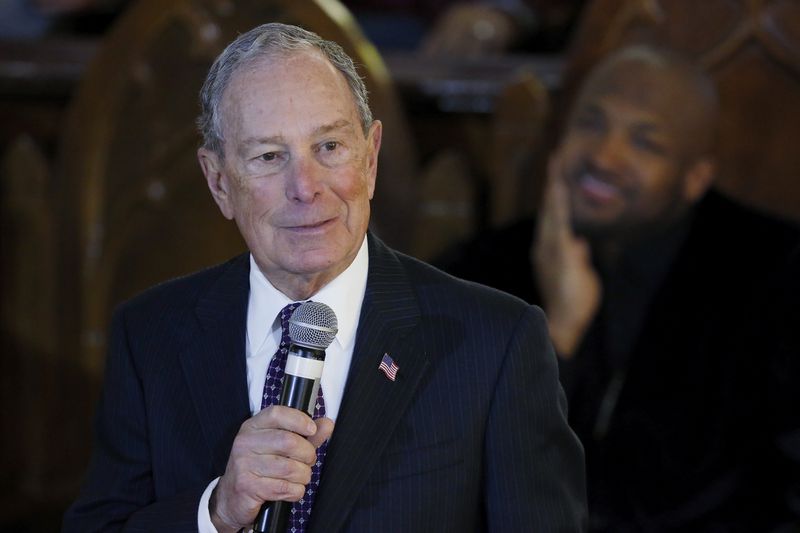 
Everybody knows Mike Bloomberg is pandering. Even Mike Bloomberg knows that everybody knows that Mike Bloomberg is pandering. Yet he panders anyway. Why?
Because he’s the Pander Man.
He was pandering last year when he stood in the pulpit of a Brooklyn church and said “I’m sorry” for a racially offensive and unconstitutional policy of stopping and frisking black and brown men in every borough when he was mayor of New York.
He was pandering two weeks ago when he opened a campaign satellite office in the heart of Harlem where his own police officers routinely harassed people of color because his misguided policy told them to.
[More Opinion] Reject this domestic abuser, New York »
He was pandering a few days ago when he met with Stacey Abrams, who almost became the nation’s first black woman governor, in Georgia to discuss voting rights, years after he manipulated himself into a third term as mayor.
And he’s pandering now.
After stopping and frisking the black community for more than a decade, Bloomberg suddenly loves black men more than Kim Kardashian.
[More Opinion] Republicans can moderate NYC politics — as Democrats »
This summer he will be at your family reunion and every black family reunion in America. He is bringing the potato salad and it will be the best thing you ever tasted.
Mike Bloomberg is Jerry Maguire. He is on the phone behind his desk and he is shouting at the top of his lungs: “I love black people!”
Why? Because the road to the Democratic nomination for president goes through America’s black community, and every Democrat running for the White House knows it.
[More Opinion] Forgotten in Guantanamo: One detainee describes his struggle »
But no one in the race, no one, is trying harder to win — or buy — the black vote than Mike Bloomberg.
And sadly he has been able to get away with the shameless pandering because black people are on board with his end goal, which is to remove Donald Trump from the White House.
In other words, keep your eyes on the prize.
[More Opinion] Betraying their heritage: Trump’s immigration functionaries fail to understand the lessons of the Italian-American story »
And to be honest, I was no more interested in what Bloomberg had to say about black people than I was about Bill Cosby on the subject. But I listened anyway, and I like some of what I heard.
“You don’t reverse hundreds of years of theft and exploitation only with modern-day attempts to legislate equal rights, especially when those rights are routinely undermined by racism and inequalities that still exist,” Bloomberg said Sunday during a major speech on race relations and black empowerment ahead of the Martin Luther King Jr. holiday on Monday.
“The 14th Amendment that gave citizenship to black Americans and overturned the Dred Scott decision was a historic milestone for America, but it was also a dead letter for many of the very people it was meant to protect and empower.”
Bloomberg delivered the speech in Tulsa, Okla., where, in 1921, America witnessed the deadliest and most destructive act of racial violence in U.S. history. During the riot that broke out, white mobs destroyed a thriving black Tulsa business district, killing between 100 and 300 people.
Bloomberg, a billionaire many times over, admits that he took advantage of opportunities that have been denied to black people “for hundreds of years.”
To help make amends, the candidate is proposing a $70 billion investment in the country’s “100 most disadvantaged neighborhoods,” along with steps to create 1 million new black homeowners and 100,000 new black-owned businesses.
“I believe that this is a country where anything is possible,” Bloomberg said. “And I believe that we have the power to build a future where color and capital are no longer related.”
Bloomberg, 77, may have just changed the game, even if he is late to the party. He is still the Pander Man, but at least he is pandering with ideas and money."