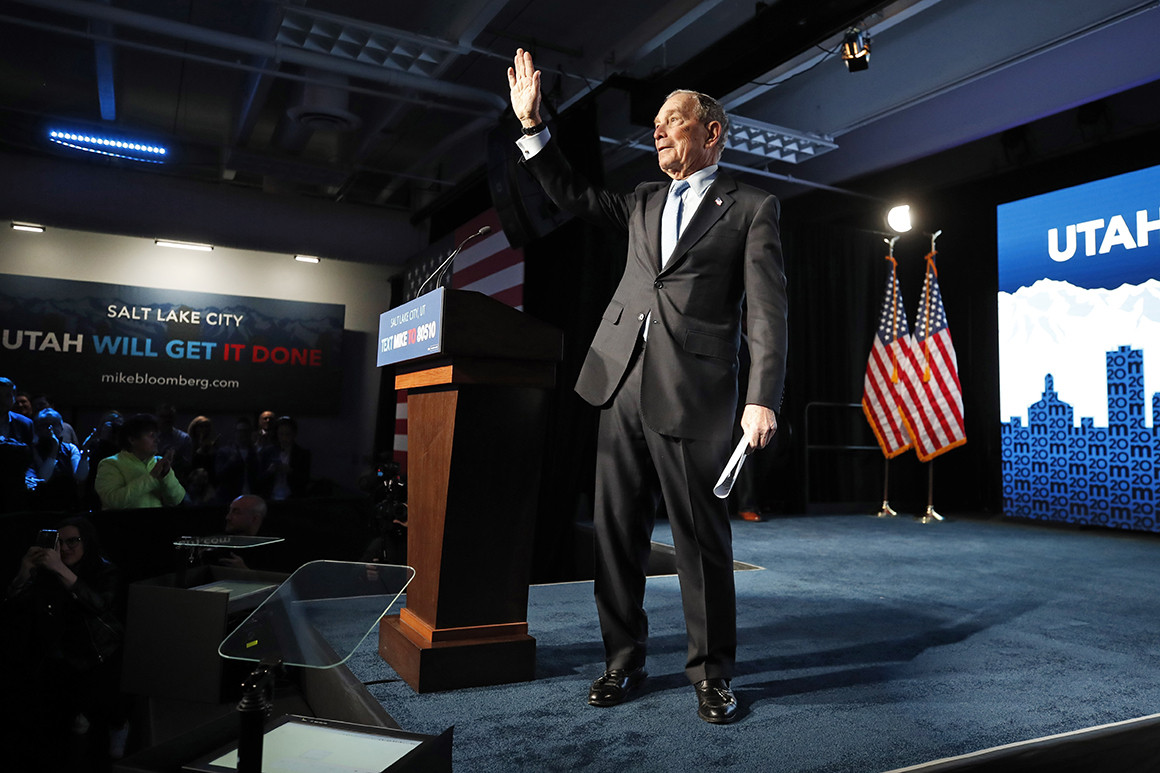 "LAS VEGAS — Mike Bloomberg is privately lobbying Democratic Party officials and donors allied with his moderate opponents to flip their allegiance to him — and block Bernie Sanders — in the event of a brokered national convention.


The effort, largely executed by Bloomberg’s senior state-level advisers in recent weeks, attempts to prime Bloomberg for a second-ballot contest at the Democratic National Convention in July by poaching supporters of Joe Biden and other moderate Democrats, according to two Democratic strategists familiar with the talks and unaffiliated with Bloomberg..."
Ad