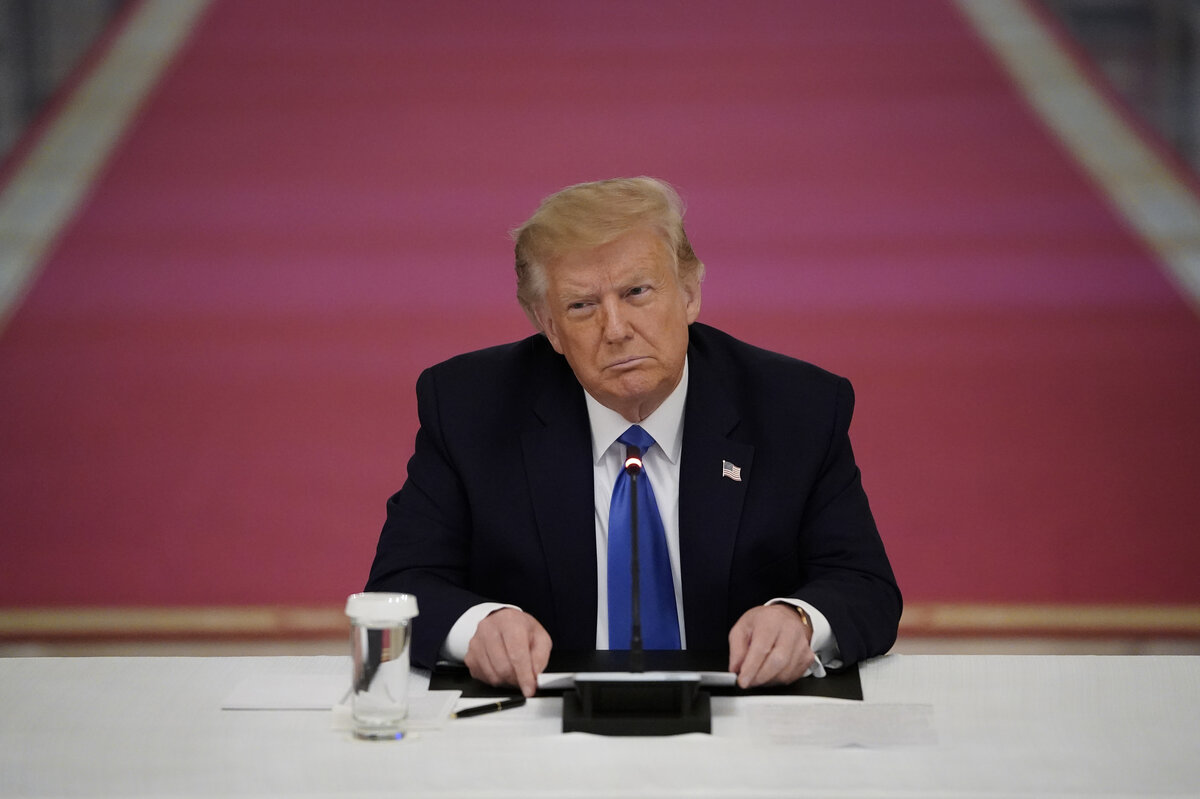 President Trump attends an event about law enforcement on Monday at the White House. Trump has repeatedly downplayed the disproportionate impact of police violence on African Americans.

Trump added that "more white people, by the way" are killed by police than Black people.

More white people may be killed by police annually, but Black Americans are killed at a far higher rate.

According to a database of police shootings since 2015 compiled by the Washington Post, 1,301 Black people have been killed by the police in the past five and a half years; 2,495 white people were killed.

But, importantly, African Americans, who make up a far smaller portion of the total population than whites, are killed at a rate more than twice that of whites.

In another comment also sure to inflame racial tension, Trump also said that "people love" the Confederate battle flag and that he considers it a "freedom of speech" issue. He called it it "very simple" and dismissed the idea that the flag is hurtful to Black Americans and others who see it as a racist symbol.“