The Only Solution Is to Defund the Police The murders of George Floyd and Breonna Taylor prove what we already knew—police “reform” has failed.

The Only Solution Is to Defund the Police

The murders of George Floyd and Breonna Taylor prove what we already knew—police “reform” has failed. 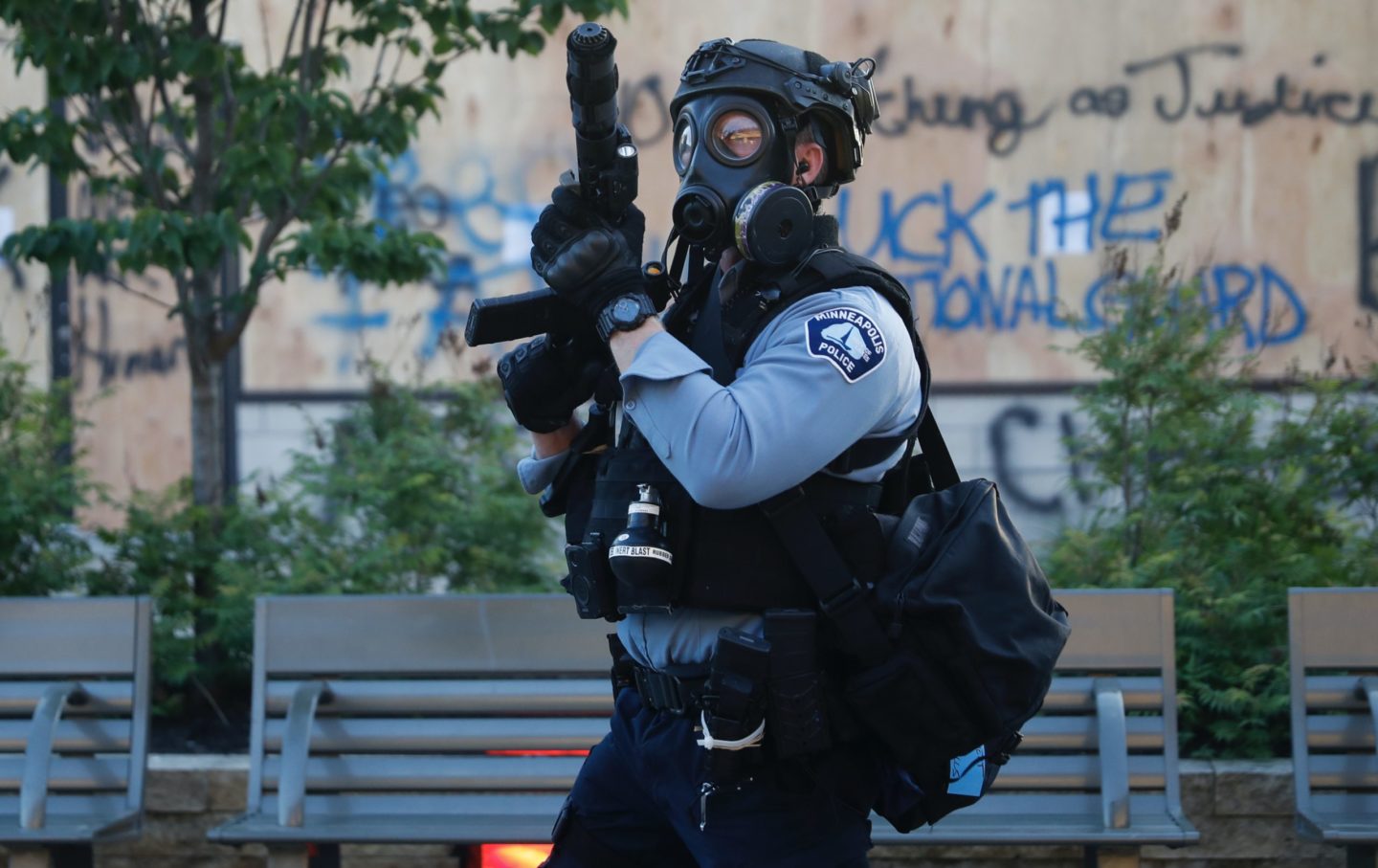 The explosion of protest across the United States in recent days makes clear that the crisis in Minneapolis is a national crisis. It has been almost six years since the murders of Mike Brown and Eric Garner, and little has changed in how poor communities of color are being policed. It’s time to rethink superficial and ineffective procedural police reforms and move to defund the police instead.

In the immediate aftermath of Brown’s and Garner’s murders in Ferguson, Mo., and New York City, the Obama administration responded by calling for more federal investigations and commissioned a report, from the President’s Task Force on 20th Century Policing, that laid out a host of reforms—which I and others criticized at the time. These reforms were rooted in the concept of procedural justice, which argues that if the police enforce the law in a more professional, unbiased, and procedurally proper way, then the public will develop more trust in them and fewer violent confrontations and protests will ensue. This concept ends up taking the form of interventions like implicit bias training, police-community encounter sessions, tweaks to official use-of-force policies, and early warning systems to identify potentially problematic officers.

The Obama Department of Justice used this framework to bring a small number of pattern and practice cases against select police departments, such as the one in Ferguson, to compel them to adopt these measures. It also poured millions of dollars into training and community relations initiatives like the National Initiative for Building Community Trust and Justice, which included money for Minneapolis.

But these kinds of federal interventions have failed to show any signs of positive changes in policing. They typically involve establishing a monitor who creates a series of benchmarks; the metrics for these benchmarks tend to be based on the implementation of the recommendations and not actual changes in the impact of policing on those most intensively policed. An inside look at this process by Matt Nesvet, an auditor on a federal consent decree in New Orleans, showed just how pointless the whole endeavor was. As described by Nesvet in The Appeal, monitors required things like pictures of officers talking to community members as proof that community policing was being implemented.

There’s no evidence that implicit bias training or community relations initiatives help. The Urban Institute, which was part of the National Initiative for Building Trust and Justice, evaluated the effort and found little to show for it. These kinds of reforms turn out to have a lot more to do with providing political cover for local police and politicians than with reducing the abuses of policing. In part, that’s because they assume that the professional enforcement of the law is automatically beneficial to everyone. They never question the legitimacy of using police to wage a war on drugs, arrest young children in school, criminalize homelessness, or label young people as gangbangers and superpredators to be incarcerated for life or killed in the streets. A totally lawful, procedurally proper, and perfectly unbiased low-level drug arrest is still going to ruin some young person’s life for no good reason. There is no justice in that—and giving narcotics units anti-bias training will do nothing to change this fact.

Many of these reforms have been implemented in Minneapolis. In 2018 the city issued a report outlining all the procedural justice reforms it has embraced, like mindfulness training, crisis intervention team training, implicit bias training, body cameras, early warning systems to identify problematic officers, and so on. They have made no difference. In fact, local activist groups like Reclaim the Block, Black Visions Collective, and MPD 150 have rejected more training and oversight as a solution and are now calling on Mayor Jacob Frey to cut the police budget by $45 million and shift those resources into community-led health and safety strategies.

Unfortunately, at the national level, Democratic members of Congress appear to have learned few lessons from the failures of six years of police “reform.” One by one, they have condemned racist policing and called for investigations and accountability. Democratic National Committee chair Tom Perez called out the names of those killed in recent years but failed to offer any substantive proposals other than a vague call for justice. Minnesota Senator Amy Klobuchar, who consistently refused to prosecute police when she helmed the Hennepin County Attorney’s Office, called for more DOJ pattern and practice investigations. And in a May 29 resolution condemning police brutality, even Representatives Ilhan Omar, whose district includes Minneapolis, and Ayanna Pressley failed to propose a single significant reduction in specific police powers, preferring to call for more investigations and the establishment of more civilian review boards, which have never shown any effectiveness in reducing abusive policing. (A more valuable model can be found in the People’s Justice Guarantee, legislation Pressley introduced in November 2019. It puts forward a number of worthy proposals, including decriminalizing low-level offenses and redirecting resources to alternatives to policing; Omar is a cosponsor.)

These strategies would do nothing to change the basic mission of policing, which has expanded dramatically over the past 40 years. Another DOJ investigation or another officer fired or indicted won’t end the war on drugs, the criminalization of the poor, or the demonization of young people of color.

If federal lawmakers are serious about reining in abusive policing, there are things they can do. They can start by eliminating the Community Oriented Police Services (COPS) Office. Created by the 1994 Crime Bill, it has been the central conduit for funds to hire tens of thousands of new police officers and equip them with a range of surveillance technology and militarized equipment.

One of the projects it administers is Operation Relentless Pursuit, the Trump administration’s signature crime-fighting initiative, which is set to flood seven major cities with scores of federal agents in partnership with local police to go after the president’s favorite bugaboos of gangs and drug cartels. Congress approved $61 million to pay for it, and that money should be taken out of any future appropriations. Lawmakers can also take more steps to undo the damage done by the 1994 Crime Bill, like defunding school policing in favor of providing more counselors and restorative justice programs; investing in harm reduction strategies, like safe-injection facilities and needle exchanges, as well as high-quality medically based drug treatment on demand; and rethinking the use of the criminal justice system to manage the epidemic of domestic violence.

It is time for the federal government, major foundations, and local governments to stop trying to manage problems of poverty and racial discrimination by wasting millions of dollars on pointless and ineffective procedural reforms that merely provide cover for the expanded use of policing. It’s time for everyone to quit thinking that jailing one more killer cop will do anything to change the nature of American policing. We must move, instead, to significantly defund the police and redirect resources into community-based initiatives that can produce real safety and security without the violence and racism inherent in the criminal justice system.

Editor’s note: An earlier version of this article stated that Representatives Ayanna Pressley and Ilhan Omar had “failed to propose a single significant reduction in specific police power.” In fact, as the article now states, Pressley introduced and Omar supports legislation calling for police power to be curtailed through a variety of means. We regret the error.“