"New case reports are waning, but deaths have yet to peak, and Americans are wondering what long-term coexistence with the coronavirus might look like.

A coronavirus testing site in Washington, D.C., in December.Kenny Holston for The New York Times

CHICAGO — More than 2,600 Americans are dying from Covid-19 each day, an alarming rate that has climbed by 30 percent in the past two weeks. Across the United States, the coronavirus pandemic has now claimed more than 900,000 lives.

Yet another, simultaneous reality of the pandemic offers reason for hope. The number of new coronavirus infections is plummeting, falling by more than half since mid-January. Hospitalizations are also declining, a relief to stressed health care workers who have been treating desperately ill coronavirus patients for nearly two years.

All that has created a disorienting moment in the pandemic: Though deaths are still mounting, the threat from the virus is moving, for now, farther into the background of daily life for many Americans.

Patrick Tracy of Mundelein, Ill., has seen the disconnect up close. In his county, new infections have fallen in recent weeks as the highly infectious Omicron variant has begun to recede nationwide. But as those case rates were dropping, Mr. Tracy’s wife, Sheila, died from Covid. Ms. Tracy, 81, a native of Ireland who was devoted to her grandchildren and the roses she tended in her front yard, was vaccinated, but also had underlying medical conditions.

“The people that don’t get vaccinated — you tell them that almost 900,000 have died, and they say, ‘They’d have died anyway,’” Mr. Tracy said. “We have very little consideration for our fellow man.”

The pace of deaths across the country has accelerated throughout the fall and winter. When the United States reached 800,000 deaths in mid-December, the most recent 100,000 deaths had occurred in less than 11 weeks. This time, the latest 100,000 deaths — many from the Omicron variant — have been reported in just over seven weeks.

That the 900,000-death milestone comes more than a year after vaccines were first authorized added to the pain, said Dr. Letitia Dzirasa, the Baltimore health commissioner. Federal data shows that a vast majority of deaths have been unvaccinated people.

“As a public health professional, it is unbelievably sad, because I think so many of the deaths were likely preventable,” Dr. Dzirasa said. She said her agency continued to organize vaccination clinics each week, but that some of them were “barely attended.”

Deaths over the past seven weeks were reported in large numbers across the United States, with especially high rates in the Southwest and around the Great Lakes.

Much of the Midwest, Northeast and Southwest already were suffering large outbreaks fueled by the Delta variant in December before Omicron became dominant. It is possible that many of the most recent deaths in those regions were caused by Delta.

A month ago, when the Omicron surge was driving cases to record highs, millions of Americans were out sick from work, coronavirus tests were hard to come by, and public health directors urged caution as hospitals filled. In the weeks since, as the outlook has improved, the sense of alarm has diminished.

In Cleveland and Detroit, where public schools briefly moved instruction online because of Omicron, students returned to classrooms. In Chicago, city leaders said they would consider lifting a rule requiring vaccination for indoor dining in the next few weeks.

The recalibrated message is more optimistic about the weeks ahead, yet grounded in a more sober reality. The country is moving into a new phase of the pandemic, officials say, where a virus threat will persist indefinitely, but where most people can rely on vaccines to protect them from the worst consequences.

“I’m going to go on a trip in March. I feel fairly comfortable re-engaging in life,” said Linda Vail, the health officer in Ingham County, Mich., which includes the capital city of Lansing.

Ms. Vail said she remained worried about the dangers facing unvaccinated people, who continue to fill hospital wards and die. But for those who are vaccinated and boosted, and who do not have other conditions that make them especially vulnerable, she said it was important to accept some level of virus risk.

“It really is hard to get some people from that far end of being extremely fearful,” she said.

Other officials are conceding that many Americans are fatigued by the pandemic and are no longer looking to government for restrictions and mandates.

“We are at the point where the work of government interventions may be coming to an end,” Mayor Quinton Lucas of Kansas City, Mo., said in an interview.

Mr. Lucas, a Democrat, recently sought a two-week extension of the city’s mask mandate in schools, but said he did not plan to extend that requirement further if new cases continued to decline. In previous periods of the pandemic, Mr. Lucas imposed citywide mask rules and restrictions on gatherings, at times clashing with Republicans.

The mayor said there was a gap between how the Biden administration and the national media talked about Covid-19, and how the pandemic was now being experienced in his city, where sporting events have been packed and many people have returned to prepandemic routines.

“I just don’t think that government, frankly, has that much runway left, in terms of telling people what to do,” Mr. Lucas said.

The country continues to average more than 300,000 new coronavirus cases a day. That is down from more than 800,000 a day in the middle of January, but still above the peak levels seen in every previous surge. More than 120,000 people with the virus are hospitalized nationwide, and deaths are being reported in higher numbers each day than at any point except for last winter.

Throughout the coronavirus pandemic, increases in deaths have lagged behind spikes in infections because patients are often sick for weeks before dying and because it can take several days to report those deaths. The Omicron variant, though still potentially deadly, tends to cause severe illness less often than previous forms of the virus. But because of the sheer number of cases — more than three times as many a day at the recent peak than in any previous surge — hospitalizations still rose to record levels.

The state of the virus in the U.S. The coronavirus has now claimed more than 900,000 lives across the country, and the Covid death rates remain alarmingly high. The number of new infections, however, has fallen by more than half since mid-January, and hospitalizations are also declining.

Boosters. New data from the Centers for Disease Control and Prevention confirmed that booster doses are most beneficial to older adults. For younger Americans, vaccination decreased the risk of hospitalization and death so sharply that the additional shot did not seem to add much benefit.

Around the world. Several countries are easing their pandemic protocols, though public health leaders at the World Health Organization continued to urge caution about relaxing restrictions. In Austria, a sweeping Covid vaccine mandate is set to become law.

Still, there is near-universal progress now, with case numbers plunging even in places like Montana and North Dakota that were among the last states to reach an Omicron peak.

“I wear masks all day at work, that’s no big deal,” said Madonna Lekas, a physician assistant in Chicago. “It’s more the ups and downs of wondering if our kids are going to school. At some point we just have to come to grips with things. We can’t live like this forever.”

Some states and cities continue to enforce mask mandates, and several cities require proof of vaccination for indoor dining. But in much of rural America, there have been few outward signs of the pandemic for months.

“I would say, in most of the places I travel, in small towns, Covid is over,” said Brady Revels, a sales representative who lives in suburban Omaha and is vaccinated. “There’s no masks, there’s no anything — we’re back to normal. Honestly, I think outside of some major metropolitan areas, America has moved on from Covid.” 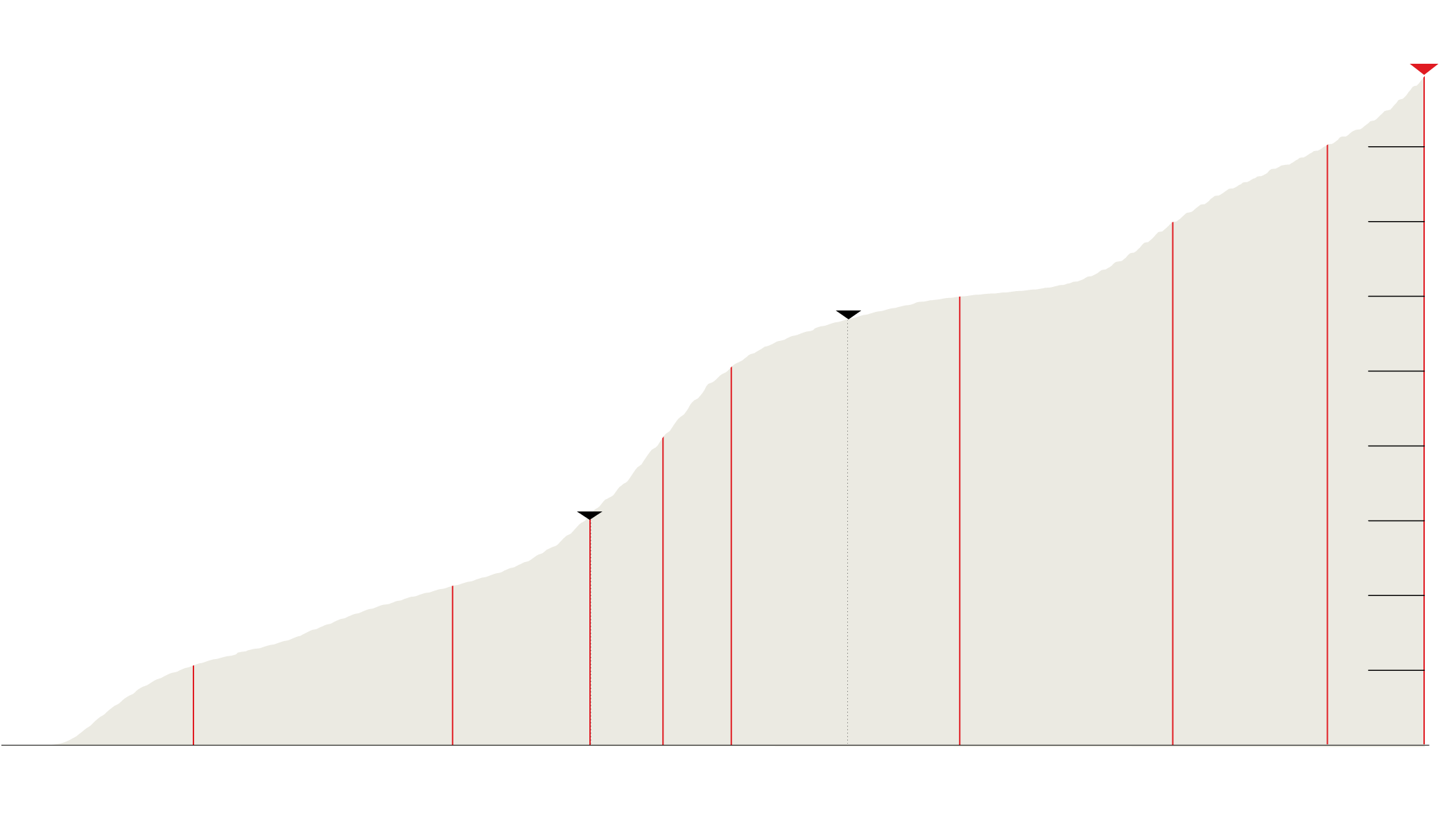 The pace of Covid-19 deaths in the United States

The virus has surprised scientists repeatedly, surging when experts thought it would ebb and mutating at speeds that initially caught researchers off guard. But there is wide agreement that Covid-19 will become an endemic disease, meaning that it circulates indefinitely at some level.

Some places are moving more quickly than others to treat Covid-19 like a routine fact of life. On Thursday, Gov. Kim Reynolds of Iowa announced that she would allow Covid-19 emergency declarations to expire later this month, and that the state would scale back data reporting.

“The flu and other infectious illnesses are part of our everyday lives, and coronavirus can be managed similarly,” Ms. Reynolds, a Republican, said in a statement.

Still, scientists have warned about the possibility of more dangerous variants appearing in the future; federal guidance continues to suggest indoor masking in high-transmission areas; and some Americans have grown frustrated with others for dropping their guard.

“I refuse to kind of be around anybody that isn’t taking the pandemic seriously,” said Mikayla Cruickshank, an administrative coordinator in Lincoln, Neb.

Shobha Gupta, who runs an accounting business and lives in St. Petersburg, Fla., said she had continued socializing to some degree. The risk of not doing that, she said, was depression, especially as the pandemic stretched on.

In the more than two years since the coronavirus was first detected in the United States, the country has sped past milestones that once seemed unthinkable: 1,000 dead, 100,000 dead, 500,000 dead. As the country reaches the latest marker, with 900,000 deaths linked to the virus — more than the population of San Francisco — the collective shock has lessened, even as the impact on victims’ families has grown.

“Everybody was so up in arms when we hit those first couple of milestones,” said Elle Stecher, a marketing manager in Lincoln, Neb., who recovered from a bout with Covid in January. But now, she said, “none of it is registering anymore.”