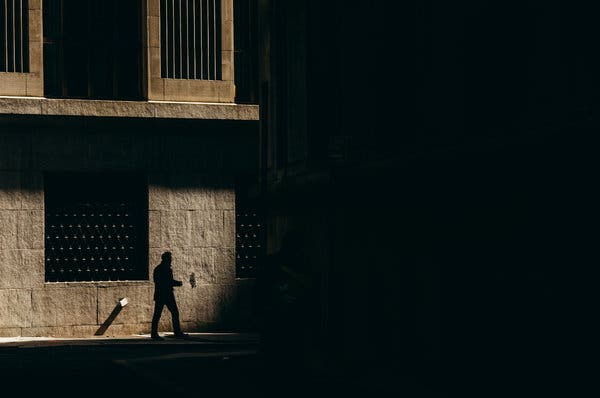 "We’re going to have to reach much deeper than stimulus and bailouts into the way we conduct business with each other.

To stop the spread of the coronavirus, state and local governments have shut down as much of communal life as possible. People are also social distancing, staying out of public spaces to slow transmission of the disease. But this has destroyed demand for goods and services, putting the United States on the path to a recession that could easily become an outright depression.

Washington is, finally, working toward a response. But even the most ambitious proposals are nowhere near powerful enough to actually stop the coronavirus from destroying the economy. To do that, policymakers have to go beyond stimulus or bailouts for select industries. They have to take responsibility for economic life on a scale not seen since the New Deal.

Nothing has been passed into law yet, but politicians have begun to float ideas and propose legislation. On Friday, the House of Representatives passed a bill that would offer free testing for all Americans as well as sick days and paid emergency leave for a small subset of working people. On Monday, Senator Mitt Romney of Utah called for sending $1,000 to every America, a one-time grant to pump cash into the economy. On Tuesday, Steven Mnuchin, the treasury secretary, called for more than $850 billion in economic stimulus, including $58 billion in airline bailouts, $250 billion in small business loans and $500 billion in payroll tax cuts.

Some of these ideas are good and necessary, if not sufficient. Millions of Americans need to pay for housing, medicine and groceries now and immediate cash disbursals are the only way to make that happen. To its credit, the White House has moved away from the payroll tax cut — which would only help workers still employed, not those who have been laid off, furloughed or who work for tips — and embraced cash payments, although they’ll only amount to an average of two weeks of pay for most workers and won’t go out until the end of April.

Bailouts are more controversial, but they could be worthwhile if the government offers cash with strings attached. To receive assistance, in Senator Elizabeth Warren’s view, companies would be forced to maintain their payrolls, provide a $15 minimum wage, bring worker representatives onto corporate boards and end share buybacks, among other requirements.

But none of it this is actually enough.

The outbreak threatens entire industries with destruction. Most restaurants, for example, can probably survive a week or two of social distancing. Some can survive a month. But if self-quarantine lasts for months, then hundreds of thousands of businesses, including suppliers and distributors, will fail. Millions of Americans will be out of work. It’s even worse for travel and tourism. The so-called accommodations sector of the economy, which includes hotels and other forms of lodging, accounts for more than two million jobs — all of them are endangered by extended periods of social distancing. The shock from losing these industries would be more than enough to push the economy into depression.

Nearly one-fifth of American workers already say they’ve lost hours or work because of the outbreak. If lawmakers are going to save the economy from destruction, they need to think along the lines of the economists Emmanuel Saez and Gabriel Zucman of the University of California, Berkley, who, in a brief paper, call for the government to act as a “payer of last result” to “stanch the flow of mass layoffs and business destruction.”

In the program they envision, workers would remain formally employed but receive unemployment benefits. Businesses would report their costs to the government and receive payment in return. If businesses report too much, or get too much in return, then the payments could be “transformed into an interest-free loan that the government could recoup over several years.”

To the extent that this has begun to dawn on Washington, it has spurred more ambitious proposals. A group of Democratic senators — Cory Booker of New Jersey, Sherrod Brown of Ohio and Michael Bennet of Colorado — have proposed up to $4,500 in “immediate direct cash payments” to nearly all Americans.

Their plan would give each adult (and child) $2,000 to cover the next three months, supplemented by additional payments over the course of the year depending on the state of the economy and the state of the pandemic. It’s a good framework, but it, too, could be much stronger, with larger payments — equivalent to thousands per month — and less concern over means-testing, which only slows distribution. If lawmakers are worried about giving cash to the wealthy, they can just raise their taxes by an equivalent amount later.

Democrats in the House have also proposed cash grant programs, some more generous than others. Representatives Ro Khanna of California and Tim Ryan of Ohio have introduced legislation to establish an emergency Earned-income tax credit that would provide a check between $1,000 and $6,000 to every American who earned less than $65,000 last year, which is more than three-quarters of the work force. Representatives Joe Kennedy III of Massachusetts and Ilhan Omar of Minnesota have also called for unconditional cash assistance, with universal programs that would assist all of us.

Washington should keep moving along these lines. In New York, Gov. Andrew Cuomo has suspended state debt collection. Congressional Democrats should pressure the federal government to follow suit. The important point is that right now there’s nothing on the table that is too big for the crisis at hand.

Yes, some people are using this crisis to push their preferred ideas — supply-side ideologues like Art Laffer, Stephen Moore and Steve Forbes want more tax cuts, for example. But this isn’t that. In forcing people to stay away from each other, the outbreak has made our mutual interdependence clear. This, in turn, has made it a powerful, real-life argument for the broadest forms of social insurance.

And for the party that pioneered American social insurance, the party of F.D.R. and L.B.J., it’s an opportunity to once again embrace direct state action."

Opinion | The Era of Small Government Is Over - The New York Times
Posted by John H Armwood II at 8:37 AM