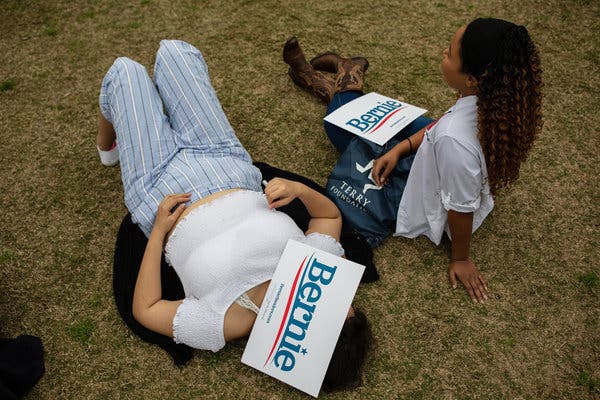 "Young voters want Bernie Sanders to be the Democratic nominee for president. But they don’t seem to want to turn out for him, or at least not in the numbers he needs to win.

Opinion | Bernie Sanders and the Case of the Missing Youth Vote - The New York Times
Posted by John H Armwood II at 9:48 AM