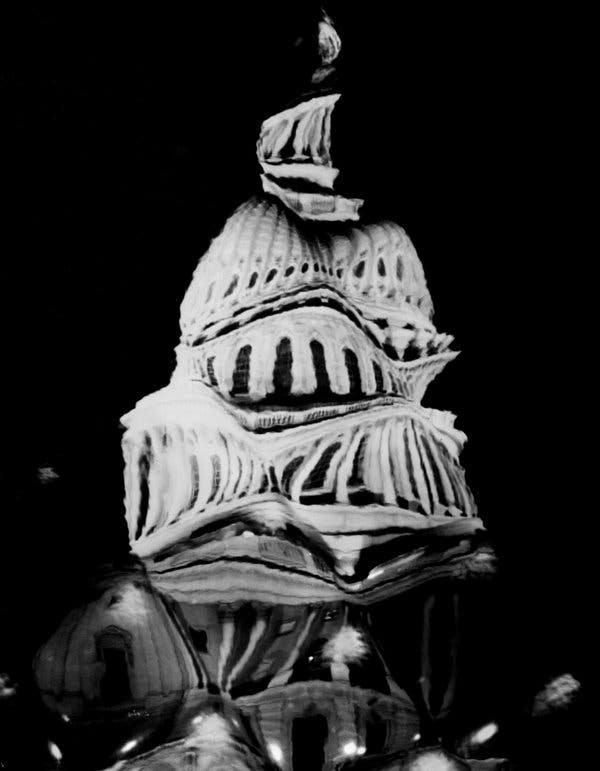 Russia didn’t help Donald Trump’s presidential campaign. O.K., it did help him, but the campaign itself wasn’t involved. O.K., the campaign had a lot of Russian contacts and knowingly received information from the Russians, but that was perfectly fine.

If you’ve been trying to follow the Republican response to revelations about what happened in 2016, you may be a bit confused. We’re not even talking about an ever-shifting party line; new excuses keep emerging, but old excuses are never abandoned. On one side, we have Rudy Giuliani saying that “there’s nothing wrong with taking information from Russians.” On the other side, we have Jared Kushner denying that Russia did anything beyond taking out “a couple of Facebook ads.”

It’s all very strange. Or, more accurately, it can seem very strange if you still think of the G.O.P. as a normal political party, one that adopts policy positions and then defends those positions in more or less good faith.

But if you have been following Republican arguments over the years, you know that the party’s response to evidence of Russian intervention in 2016 is standard operating procedure. On issue after issue, what you see are multiple levels of denial combined with a refusal ever to give up an argument no matter how completely it has been discredited.

I first encountered this style of argument a long time ago, over the issue of rising inequality. By the early 1990s it was already obvious that growth in the United States economy was becoming ever more skewed, with huge gains for a small minority at the top but lagging incomes for the middle class and the poor. This was an awkward observation for a party that, then as now, wanted to slash taxes for the rich and dismantle the social safety net. How would conservatives respond?

The answer was multilayered denial. Inequality wasn’t rising. O.K., it was rising, but that wasn’t a problem. O.K., rising inequality was unfortunate, but there was nothing that could be done about it without crippling economic growth.

You might think that the right would have to choose one of those positions, or at least that once you’d managed to refute one layer of the argument, say by showing that inequality was indeed rising, you could put that argument behind you and move on to the next one. But no: Old arguments, like the wights in “Game of Thrones,” would just keep rising up after you thought you had killed them.

And this is still going on. Even as you read about the superrich buying $240 million apartments and demanding ever-bigger mega-yachts, there’s a whole industry of people denying that inequality has gone up.

You see the same thing on climate change. Global warming is a myth — a hoax concocted by a vast conspiracy of scientists around the world. O.K., the climate is changing, but it’s a natural phenomenon that has nothing to do with human activity. O.K., man-made climate change is real, but we can’t do anything about it without destroying the economy.

As in the case of inequality, refuted climate arguments never go away. Instead, they become intellectual zombies that should be dead but just keep shambling along. If you think Republican arguments on climate have gotten more sophisticated, wait for the next snowstorm; I guarantee you’ll hear the same crude denialist arguments — the same willful confounding of climate with daily weather fluctuations — we’ve been hearing for decades.

What the right’s positioning on inequality, climate and now Russian election interference have in common is that in each case the people pretending to be making a serious argument are actually apparatchiks operating in bad faith.

What I mean by that is that in each case those making denialist arguments, while they may invoke evidence, don’t actually care what the evidence says; at a fundamental level, they aren’t interested in the truth. Their goal, instead, is to serve a predetermined agenda.

All of this is or should be obvious. After all, it’s a pattern that goes back decades. But my sense is that the news media continue to have a hard time coping with the essential fraudulence of most big policy debates. That is, reporting about these debates typically frames them as disputes about the facts and what they mean, when the reality is that one side isn’t interested in the facts.

I understand the pressures that often lead to false equivalence. Calling out dishonesty and bad faith can seem like partisan bias when, to put it bluntly, one side of the political spectrum lies all the time, while the other side doesn’t.

But pretending that good faith exists when it doesn’t is unfair to readers. The public deserves to know that the big debates in modern U.S. politics aren’t a conventional clash of rival ideas. They’re a war in which one side’s forces consist mainly of intellectual zombies.