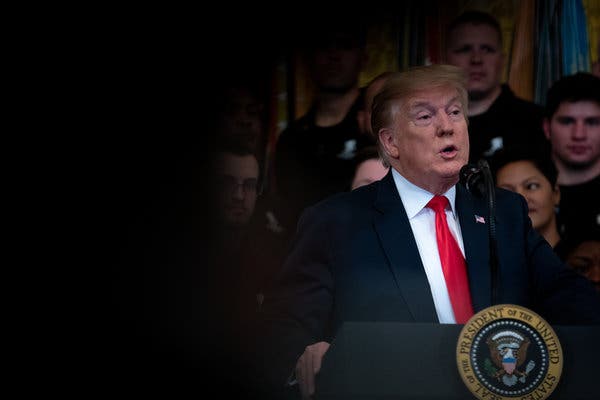 Obstruction of justice is a crime. The decision is clear.   Cnarles Blow NY Times.

The Mueller report has been released, with redactions of course, and it is a damning document. Not only does it detail Russian efforts to attack our election to help the Trump campaign and the Trump campaign’s eager acceptance of that help, it paints a picture of Donald Trump as an unethical man with no regard for the rule of law.

In this report, we see a president who doesn’t deserve to be president. We see attempts over and over to obstruct justice, which in some cases succeed.

It is maddening to think that we are at such a pass. But, my mind is made up: I say impeach him.

I know all the arguments against.

First, even if the House voted to impeach Trump, the Senate would never vote to convict and remove him. This is the “failed impeachment” theory.

But, I say that there is no such thing as a failed impeachment. Impeachment exists separately from removal. Impeachment in the House is akin to an indictment, with the trial, which could convict and remove, taking place in the Senate. The Senate has never once voted to convict.

So, an impeachment vote in the House has, to this point, been the strongest rebuke America is willing to give a president. I can think of no president who has earned this rebuke more than the current one.

And, once a president is impeached, he is forever marked. It is a chastisement unto itself. It is the People’s House making a stand for its people.

Then there is the idea that an impeachment would be contentious and increase public support for Trump the way it did for Bill Clinton.

But I find the conflation of Clinton and Trump ill-reasoned on the issue of the public’s response in polling.

First, Clinton’s approval was subject to change in a way Trump’s is not. Clinton experienced a 40-point swing in his approval over his presidency, according to Gallup. Trump’s seems almost impervious to change, no matter the news.

People either love Trump or hate him. Impeachment will most likely not change that any more than Trump seeing fine people among Nazis or locking children in cages.

Furthermore, Clinton jumped 10 points, from 63 percent 73 percent, just after the House voted to impeach him. But, five month later, those gains had vanished and then some. His approval rating sank to 53 percent.

I’m tired of all the fear and trepidation.

Senate Republicans are worried about getting on the wrong side of the Republican base.

Mitt Romney wrote in a statement on Friday, “I am sickened at the extent and pervasiveness of dishonesty and misdirection by individuals in the highest office of the land, including the President.”

But, will that sickness give birth to action? No, if the last two years is our guide. This is the strongest statement among Republican senators, but it is as toothless as a baby’s mouth. This admonition is idle.

House Democrats, at least the leadership, are afraid of looking like they have a blood lust and inadvertently increasing Trump’s chances of re-election.

Folks, this is not the 1990s. Until 1996, CNN was the only cable news network. Facebook, Twitter and Instagram didn’t exist. Google wasn’t founded until 1998. Cellphones were in their infancy, and few people had them.

Furthermore, the massive — and growing — amount of campaign spending will drown out anything that happened months prior.

And finally, there was no President Trump in the 1990s producing a head-scratching number of headlines each day. Trump can’t ride a victory nor will he be crestfallen in defeat. There would likely be untold new outrages even after an impeachment.

As for me, I’m afraid of lawlessness and the horrible precedent it would set if Congress does nothing.

On Friday, Senator Elizabeth Warren wrote on Twitter that “the House should initiate impeachment proceedings against the President of the United States.”

“To ignore a President’s repeated efforts to obstruct an investigation into his own disloyal behavior would inflict great and lasting damage on this country, and it would suggest that both the current and future Presidents would be free to abuse their power in similar ways.”

I worry that inaction enshrines that idea that the American president is above America’s laws. I worry that silent acquiescence bends our democracy toward monarchy, or dictatorship.

As Thomas Paine wrote in 1776, “In America the law is king.” He continued: “For as in absolute governments the king is law, so in free countries the law ought to be king; and there ought to be no other.”

Who will we let be king in this country, the president or the law?"