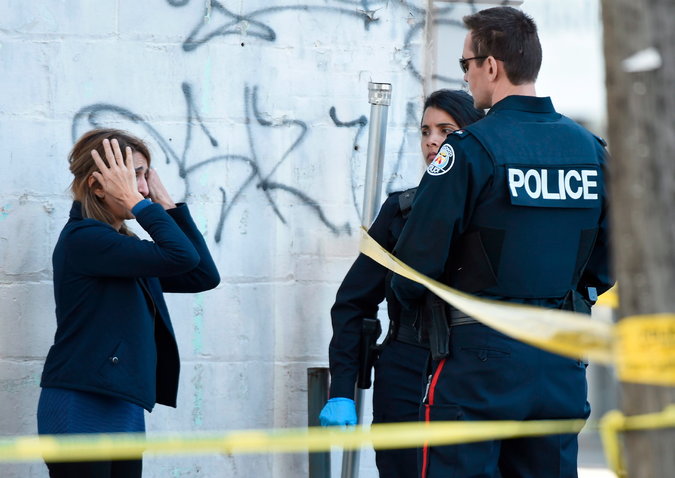 “Get down or you’ll be shot,” the officers warned him after he exited the van in a scene captured on video.

“Shoot me in the head,” Mr. Minassian said.
He was subdued without any shots being fired.
Nearby, the bodies of the dead and injured, some covered by orange tarps, lay on a broad sidewalk that was scattered with debris, including a child’s stroller."