"President Biden’s approval rating has climbed to 42 percent, and the number of Americans who believe the country is on the right track has doubled but remains low.

Sign Up for On Politics, for Times subscribers only.  A Times reader’s guide to the political news in Washington and across the nation.

Even as they struggle to persuade voters that they should be trusted on the economy, Democrats remain unexpectedly competitive in the battle for Congress as the sprint to November’s midterm election begins, a New York Times/Siena College poll has found.

The surprising Democratic strength has been bolstered by falling gas prices and President Biden’s success at breaking through legislative gridlock in Washington to pass his agenda. That shift in political momentum has helped boost, in just two months, the president’s approval rating by nine percentage points and doubled the share of Americans who believe the country is on the right track.

But Democrats are also benefiting from factors over which they had little control: the public outcry in response to the Supreme Court’s overturning of federal abortion rights and the return of former President Donald J. Trump to an attention-commanding presence on the national stage. 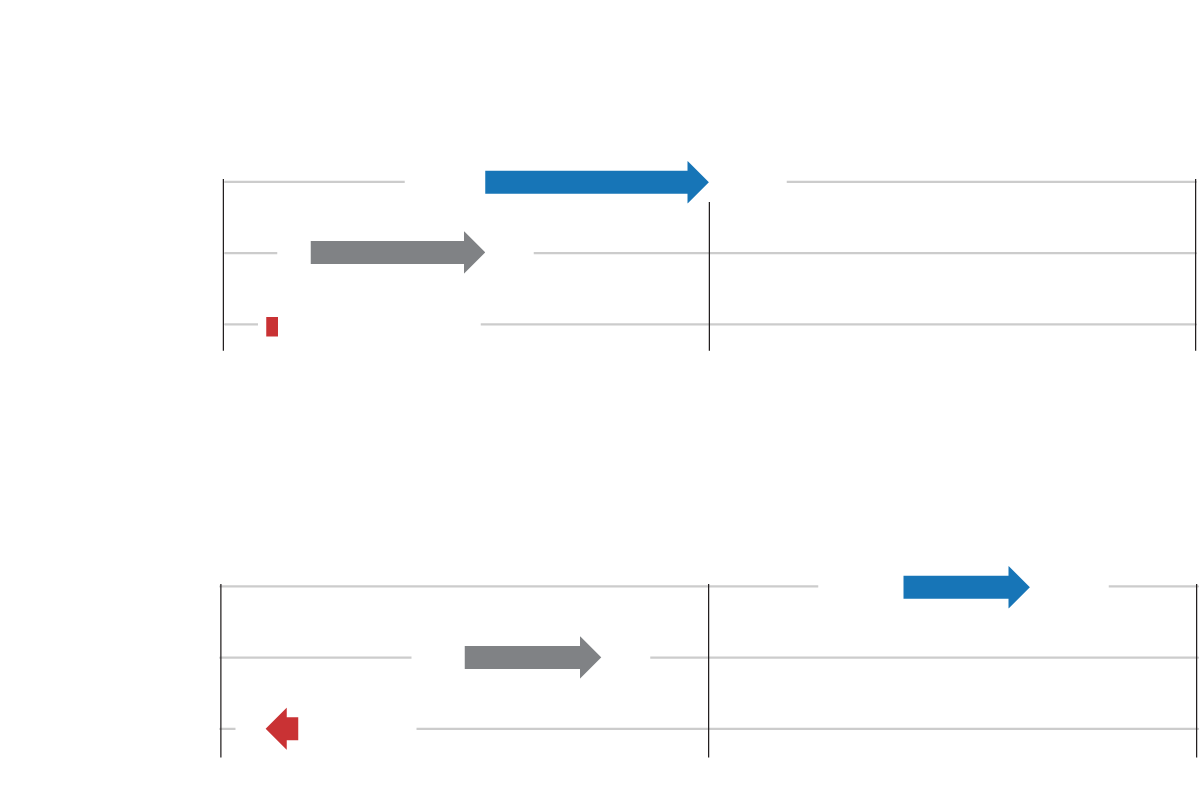 Percent of respondents saying they think the United States is on the right track,

in a July poll and in a September poll

or somewhat, in a July poll and in a September poll

Overall, 46 percent of registered voters say they back the Democratic candidate for Congress in their district, compared with 44 percent for Republicans — a difference well within the survey’s margin of error. The findings are similar to those from the last Times/Siena poll in July, when voters preferred, by just one percentage point, Democratic to Republican control of Congress.

Yet the fundamentals of the race — high inflation, an uncertain economy and an unpopular president — remain challenging for Democrats. The national mood, while brighter than earlier in the summer, remains gloomy. Republicans still score higher on some social issues, including illegal immigration. And the president’s approval rating is still just 42 percent — as weak as or weaker than the ratings of every president whose party went on to lose control of Congress in midterm elections, going back to 1978.

For now, the fury over abortion and the renewed spotlight on Mr. Trump have helped mask deep Democratic vulnerabilities that might ultimately make Republicans favored to retake Congress — if Republicans could refocus the electorate on the economy and inflation. Republicans would lead by six percentage points in the race for Congress, if they could merely win over voters who say they agree with the G.O.P. most on the economy.

Marvin Mirsch, 64, a self-identified independent from suburban Minneapolis, said he agreed with the Republicans on economic issues but still planned to back Democrats in November. A biomedical engineer, he attributed his vote largely to one man: Mr. Trump.

“I think that every person in the nation should work hard to purge Donald Trump from the Republican Party in one way or another,” Mr. Mirsch said. “Because we need a healthy Republican Party, and it’s not right now — it’s sick.”

While the poll did not directly ask voters how Mr. Trump weighed on their midterm vote, it found Mr. Biden leading Mr. Trump by three percentage points, 45 to 42 percent, in a hypothetical 2024 matchup — nearly identical to voter preferences in the race for Congress.

In contrast, voters trust the Republicans more on the economy by a 14-point margin, 52 to 38 percent. And they say that economic issues will matter more to their vote than do societal issues by an 18-point margin.

Yet 9 percent of the voters who trust Republicans more on economic issues and say that those issues are most important are voting for Democrats, anyway.

Jeanine Spanjers, 44, from Racine, Wis., said that rising inflation had caused her to change her lifestyle, including driving less, skipping vacations and even abstaining from popcorn when she goes to the movies. A state employee, she also said she believed that Democrats were handing out too many government subsidies, pointing to relief payments distributed during the pandemic.

“What’s getting on my nerves is all this free stuff,” she said, criticizing how all the children at her son’s school received food stamp cards, including families who could afford to pay for lunch. “Republicans would never do something like that. It disincentivizes people to go out and do something. I’m starting to feel like people are being rewarded for not doing anything.”

Still, Ms. Spanjers said she planned to vote only for Democrats, saying abortion is her top issue. “I had made that choice once, and I have two sons,” she said. “There’s people who can’t afford kids and shouldn’t have kids, or just maybe it isn’t the right time in their life.”

The poll’s findings also suggest that Mr. Biden’s legislative successes have done relatively little to boost his or his party’s credibility on economic issues.

Only 36 percent of voters said they approved of a centerpiece of Mr. Biden’s legislative agenda, the health and climate spending bill passed by Congress last month known as the Inflation Reduction Act. More than a quarter said they had never even heard of it. The country was divided over the administration’s student debt plan, with 49 percent saying they supported the cancellation of up to $20,000 worth of federal student loans, compared with 45 percent who say they opposed it.

“I’ve been working since I was 16, and I don’t have a high school diploma, so the costs of inflation are really affecting me,” said Mykie Bush, 19, who works at an auto dealership in rural Oregon. “I can barely leave my house right now because of inflation.”

Still, Ms. Bush said she planned to vote Democratic, saying her views on issues like abortion, immigration and L.G.B.T.Q. rights outweighed her economic worries: “At the end of the day, we’re not fighting over politics. We’re fighting over our human rights.”

Democrats held an overwhelming 73-to-18-percent lead among voters who said that “societal issues” like abortion or threats to democracy would be most important in their vote this November, rather than economic issues like jobs and the cost of living.

But on issues like immigration, crime and even gun policy that had appeared likely to dominate the midterm campaign before the Supreme Court’s decision to overturn Roe v. Wade, Republicans appear to hold important advantages. Despite a summer of mass shootings, voters by a narrow margin said they opposed a ban on semiautomatic weapons and high-capacity magazines.

Republican strength extends even to one of the most divisive elements of Mr. Trump’s agenda, with voters narrowly supporting a border wall. And, by a 14-point margin, voters said they agreed more with the Republican Party stance on illegal immigration.

Jason Anzaldua, a Republican from Jefferson County, Ark., who is a police lieutenant in rural Redfield, said that he could not afford the gas to transport his children to compete in rodeo events and had to sell some of his horses because the price of feed was too high. But he said he was equally frustrated with what he saw as Mr. Biden’s disrespect of those who supported Mr. Trump and the MAGA movement.

“I swore an oath to the Constitution to uphold it, to protect it, to protect the citizens here on America’s front lines,” Mr. Anzaldua said. “So for him to stand up and tell me that I’m part of the problem is a slap in the face as an American.”

Democrats and Republicans were nearly equally likely to say they intended to turn out this November, with 52 percent of Republicans and 51 percent of Democrats saying they were “almost certain” to vote.

Voters continue to believe that abortion should be mostly or always legal by around a two-to-one margin. However, the supporters of legal abortion rights enjoy an even larger enthusiasm edge: 52 percent of voters said they strongly opposed the Supreme Court’s ruling to overturn Roe v. Wade; just 19 percent said they strongly supported it.

“What has taken place is unacceptable to me,” said James Moran, 82, a registered Republican from New Rochelle, N.Y., who said that he planned to vote Democratic this year. “They’ve denied women the ability to control their own bodies. Should there be some limit on that? There’s limits on everything but everything within reason.”

The Times/Siena survey of 1,399 registered voters nationwide, including an oversample of 522 Hispanic voters, was conducted by telephone using live operators from Sept. 6 to 14, 2022. The margin of sampling error is plus or minus 3.6 percentage points. Cross-tabs and methodology are available here.

Nate Cohn is The Times’s chief political analyst. He covers elections, polling and demographics for The Upshot. Before joining The Times in 2013, he was a staff writer for The New Republic. @Nate_Cohn"