Incarcerated and Infected: How the Virus Tore Through the U.S. Prison System 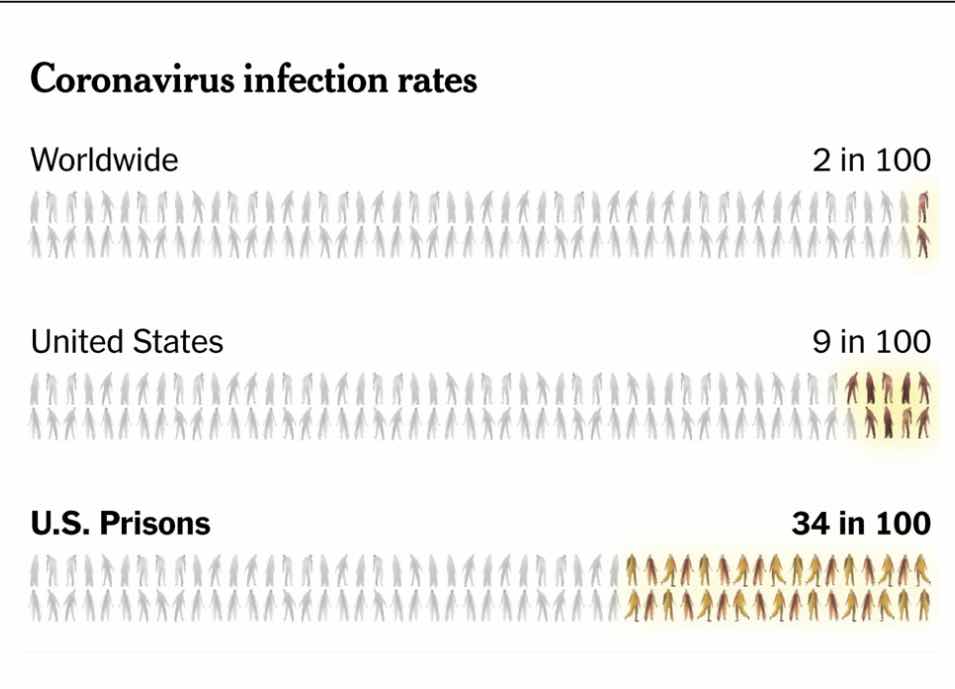 Incarcerated and Infected: How the Virus Tore Through the U.S. Prison System

“America’s prisons, jails and detention centers have been among the nation’s most dangerous places when it comes to infections from the coronavirus. Over the past year, more than 1,400 new inmate infections and seven deaths, on average, have been reported inside those facilities each day.

The cramped, often unsanitary settings of correctional institutions have been ideal for incubating and transmitting disease. Social distancing is not an option. Testing was not a priority inside prisons early in the pandemic. With little public pressure, political leaders have been slow to confront the spread.

The virus shot through many institutions, leaving inmates desperate for ways to avoid getting sick. At Pickaway Correctional Institution in Ohio, which housed about 1,900 inmates, they tried to turn bed sheets into tents to separate themselves; four in five inmates were infected anyway.

At an immigration detention center in Farmville, Va., nearly every detainee — 339 in all — was infected. And at the Fresno County Jail in California, where most inmates are held on charges for which they have not yet been convicted, more than 3,800 were sickened.”