Delta and Coca-Cola pivot on Georgia’s restrictive voting law: 'It's unacceptable' | US news | The Guardian 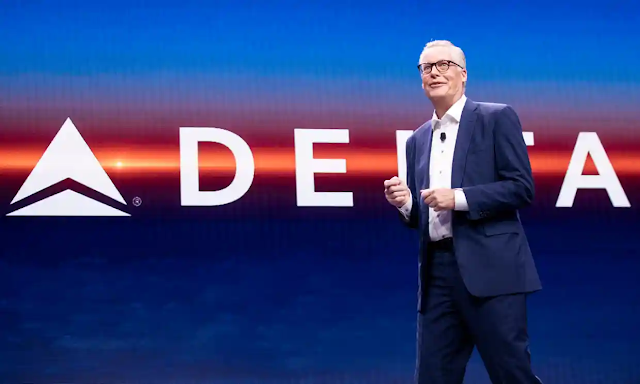 "After weeks of pressure from activists some major companies and prominent Black executives are taking a somewhat harder line in speaking out against a new law in Georgia to restrict voting access.

Delta Airlines, one of the Georgia-based companies that declined to speak out as the measure moved through the legislature, issued a forceful statement on Wednesday, saying the law was “unacceptable”.

“After having time to now fully understand all that is in the bill, coupled with discussions with leaders and employees in the Black community, it’s evident that the bill includes provisions that will make it harder for many underrepresented voters, particularly Black voters, to exercise their constitutional right to elect their representatives. That is wrong.” Ed Bastian, Delta’s CEO, wrote in a company memo on Wednesday.

“The entire rationale for this bill was based on a lie: that there was widespread voter fraud in Georgia in the 2020 elections. This is simply not true. Unfortunately, that excuse is being used in states across the nation that are attempting to pass similar legislation to restrict voting rights,” he added.

The statement is an abrupt reversal for Delta, which for weeks declined to say it explicitly opposed the Georgia measure. Two weeks ago, when the measure was being crafted in the state legislature, a Delta spokesperson told the Guardian that “ensuring an election system that promotes broad voter participation, equal access to the polls, and fair, secure elections processes are critical to voter confidence and creates an environment that ensures everyone’s vote is counted”.

Delta’s statement came just after some of America’s top Black business leaders and CEOs released a letter condemning widespread efforts across the United States to make it harder to vote. “There is no middle ground here,” Kenneth Chenault, the former CEO of American Express, told The New York Times, which first reported on the letter. “You either are for more people voting, or you want to suppress the vote.”

Delta and Coca-Cola pivot on Georgia’s restrictive voting law: 'It's unacceptable' | US news | The Guardian
Posted by John H Armwood II at 7:49 AM