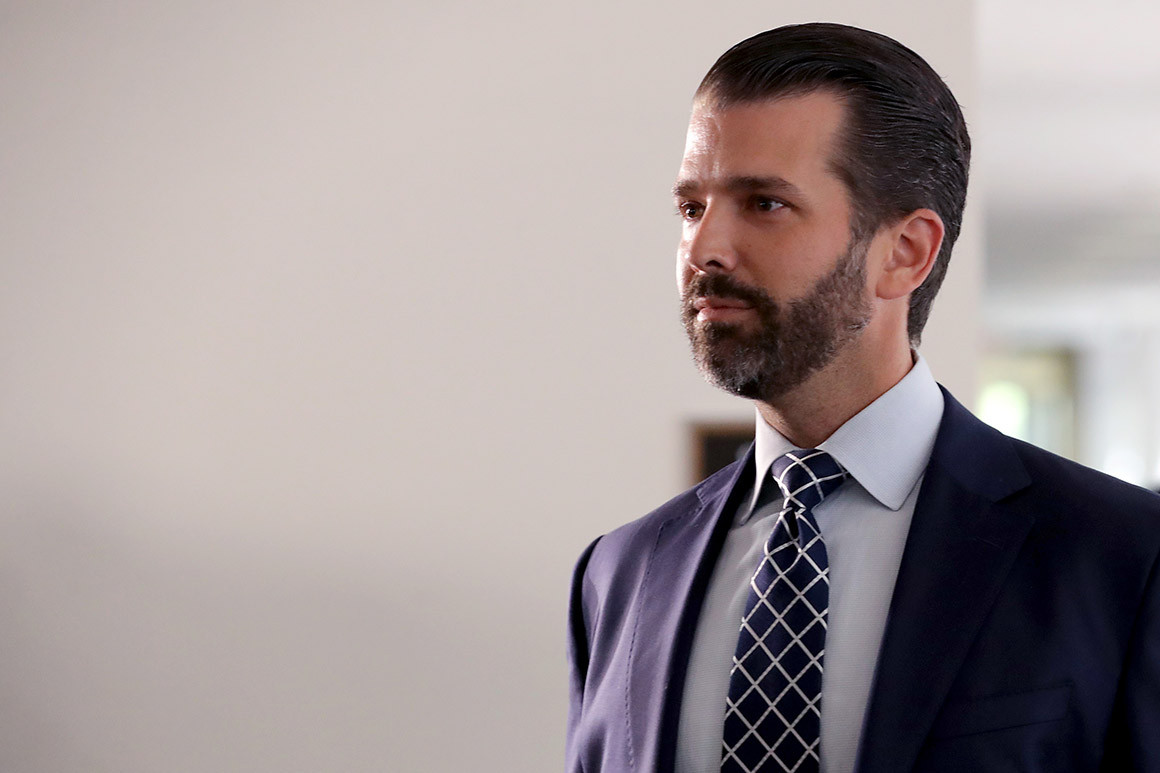 "Advocacy organizations are running ads against the House Democrats who represent districts that Donald Trump won in 2016.


Even the Club for Growth, a national network of 250,000 pro-growth, limited government Americans which opposed Trump’s 2016 campaign, has aired TV ads in nine of the 31 districts and used targeted digital campaigns to both oppose impeachment as well as push for censure of House Intelligence Committee Chairman Adam Schiff (D-Calif.), who led the initial Ukraine investigation.
The 31 Democrats in the crosshairs are scattered across the country, from New York to South Carolina to Michigan. But the through line is that they represent districts with Republican leanings. A dozen of the 31 lawmakers, for instance, are from districts that voted for the last three Republicans presidential nominees — Trump, Mitt Romney and John McCain.
Each will also have to take a politically difficult vote this week on whether to impeach Trump. The House Judiciary Committee voted along party lines last Thursday to approve two articles of impeachment, charging Trump with abuse of power for soliciting foreign interference in the 2020 presidential election and obstruction of Congress for blocking the House’s efforts to investigate.
Democrats say Trump conditioned a much-desired White House meeting for Ukraine’s leader, as well as millions in military aid, on Kyiv launching an investigation into rival Joe Biden and his son, Hunter. Trump and his allies counter that the desired probe was part of a broader effort to eradicate corruption and uncover foreign wrongdoing in the 2016 presidential race.
The conservative groups’ main message is that Democrats are wasting time and money on a partisan effort.
“What’s damning is that three-quarters of Americans disapprove of Congress’ performance, yet Democrats refuse to do their jobs by funding the government, passing the U.S.-Mexico-Canada trade deal or protecting the border. That’s the real scandal,” Jessica Anderson, vice president of Heritage Action for America, wrote in a November op-ed, which came before Democrats did strike deals to approve the trade deal and fund the government.
They are targeting the 31 Democrats are using a variety of strategies. Some are asking their supporters to contact lawmakers while others ask them to show up at congressional town halls and offices and defend the president on social media. And, of course, some are spending millions of dollars on television.
FreedomWorks, which pushes for smaller government and lower taxes, is texting supporters, urging them to sign a petition targeting the “Dirty 30” on impeachment. America First Policies, which supports Trump’s policies, said its text messages to supporters — which reads “Your money wasted & priorities ignored. A Hopelessly Partisan Mess. End the Witch Hunt!” — have already generated 75,000 calls to lawmakers’ offices, according to the group’s spokeswoman Kelly Sadler.
Separately, America First is spending $2.26 million on an "End the Witch Hunt” campaign targeting 27 of the 31 House members through broadcast and cable television, newspapers, texts and Facebook ads.
The group also has conducted polls in some of those districts that it says found the majority of Americans oppose impeachment, approve of the president’s actions and want Congress to focus on kitchen table issues.
The American Action Network, which was founded in 2010 to promote center-right policies, is spending even more — $8.5 million on broadcast and cable TV and digital ads alleging that impeachment has sidelined progress on other issues."
Conservative groups target their impeachment ‘Dirty 30’ - POLITICO
Posted by John H Armwood II at 8:29 PM