Loan Forgiveness: How Student Debt in the U.S. Has Skyrocketed - The New York Times

The Toll of Student Debt in the U.S.

"The amount of student debt held in America is roughly equal to the size of the economy of Brazil or Australia. More than 45 million people collectively owe $1.6 trillion, according to U.S. government data.

That figure has skyrocketed over the last half-century as the cost of higher education has continued to rise. The growth in cost has substantially been more than the increase in most other household expenses.

The average cost of college has risen faster than inflation 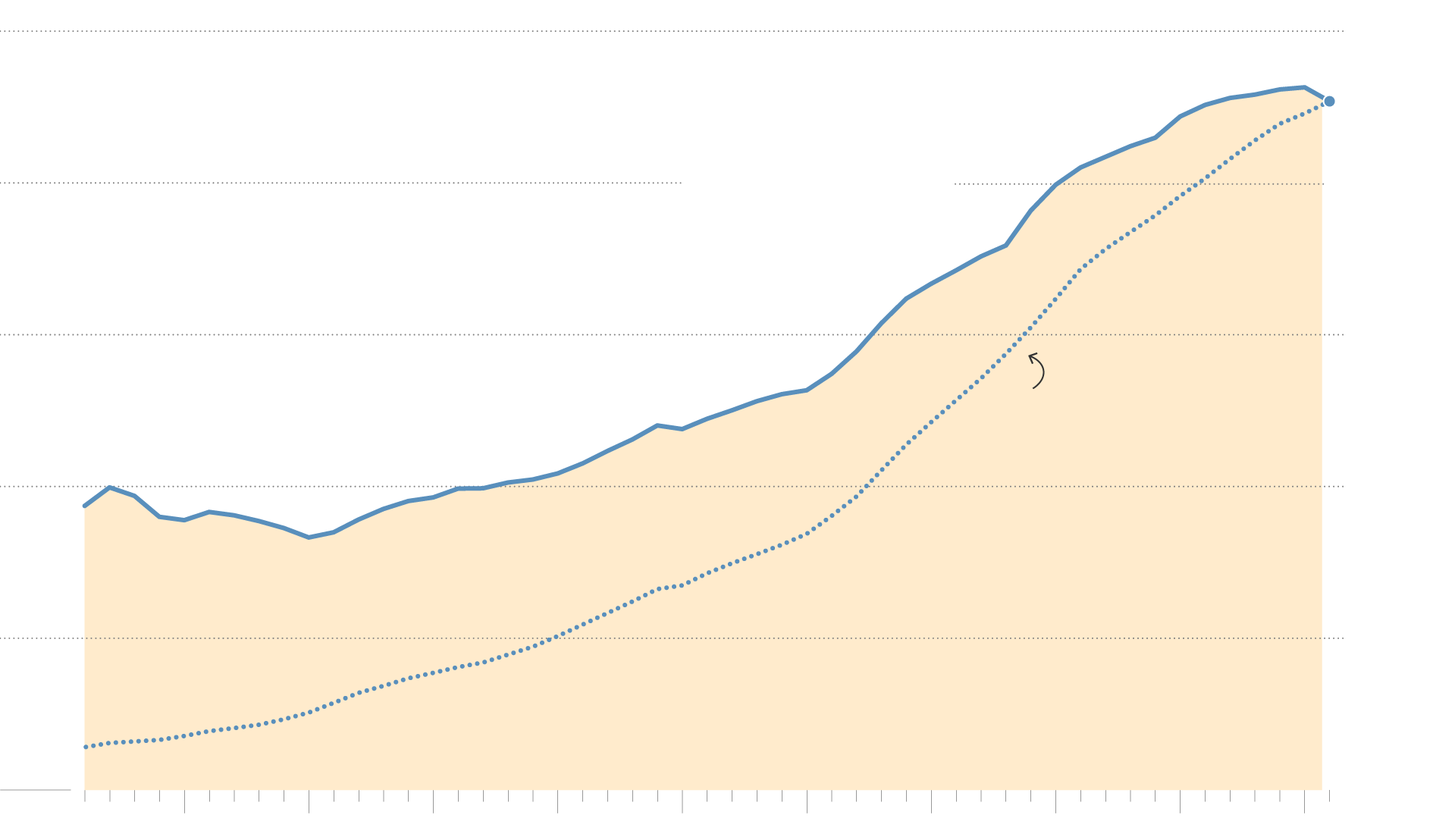 Source: College Board Note: Includes costs of tuition, as well as room and board.

The rising cost of college has come at a time when students receive less government support, placing a greater burden on students and families to take out loans in order to fund their education.

Funding from states in particular has steadily declined, accounting for roughly 60 percent of spending on higher education just before the pandemic, according to an analysis by the Urban Institute, down from around 70 percent in the 1970s. 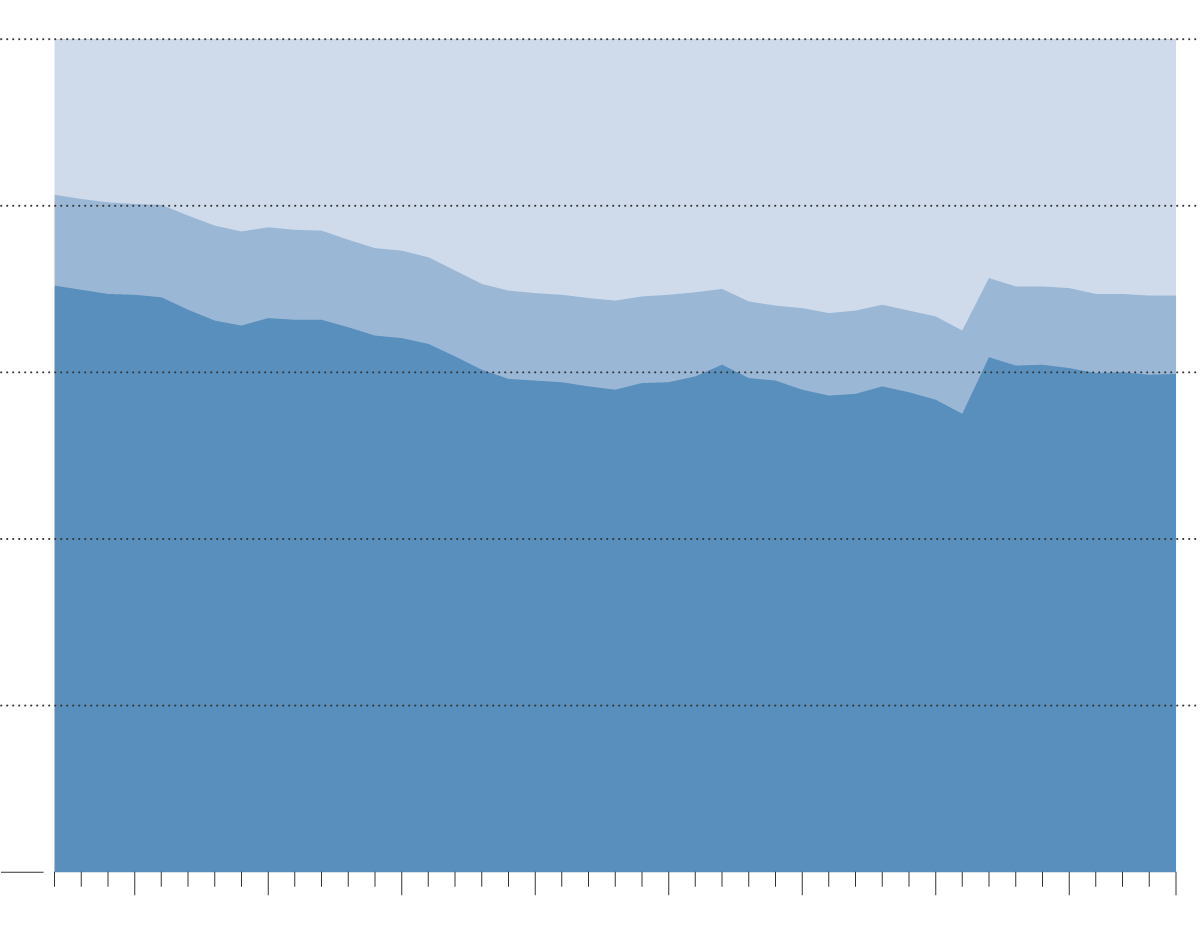 To address the growing crisis, President Biden announced a plan on Wednesday to wipe out significant amounts of student debt for millions of people. It was a step toward making good on a campaign promise to alleviate, as Mr. Biden has said, an unsustainable problem that has saddled generations of Americans.

“The burden is so heavy that even if you graduate,” he said, “you may not have access to the middle-class life that the college degree once provided.”

Student debt, however, has a widely disparate impact on different populations.

Share of families by race that have an education loan 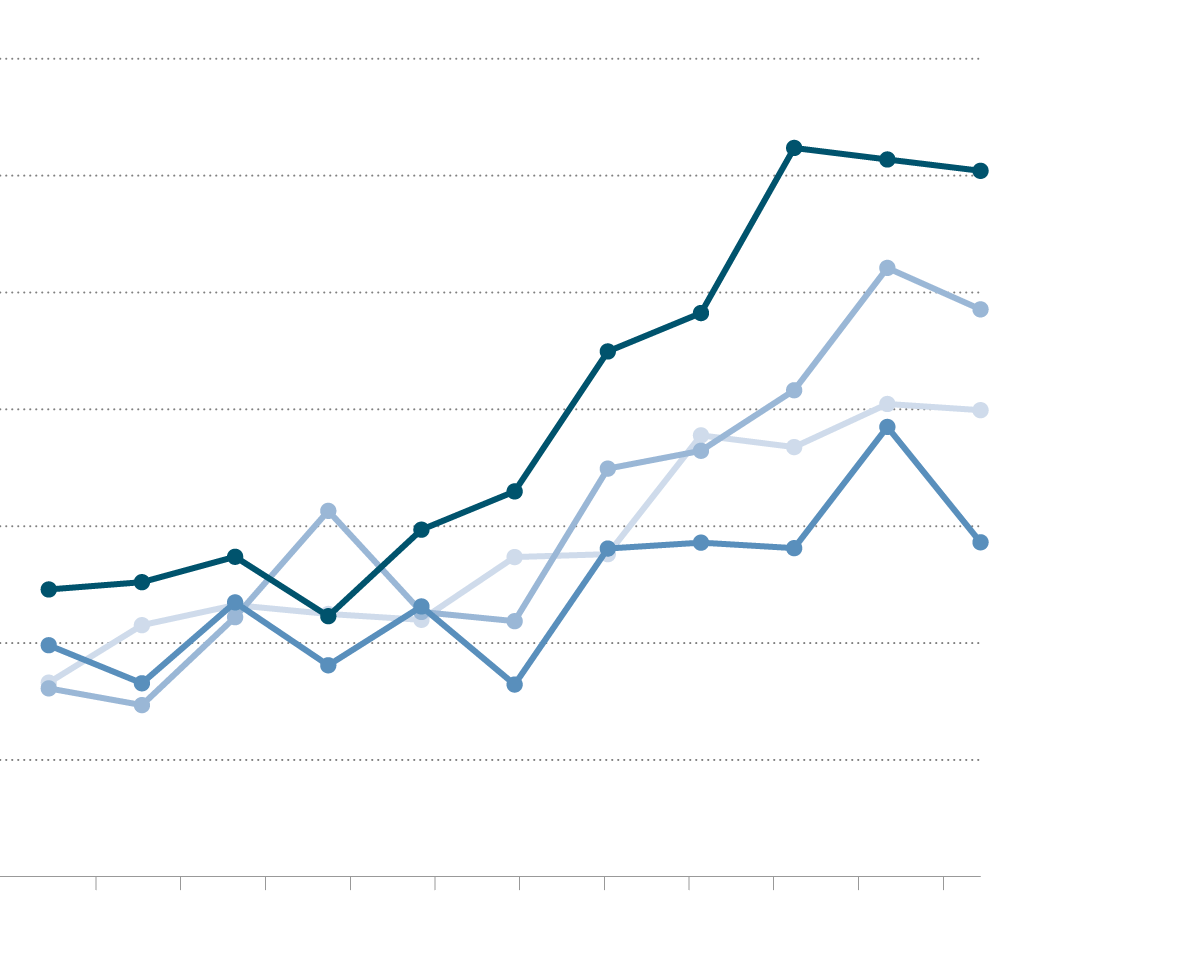 Source: Federal Reserve Notes: Black and white groups do not include people who identify as Hispanic. Data are from the Federal Reserve’s survey of consumer finance that is conducted every three years.

… as are millennials, who owe far more than older and younger generations 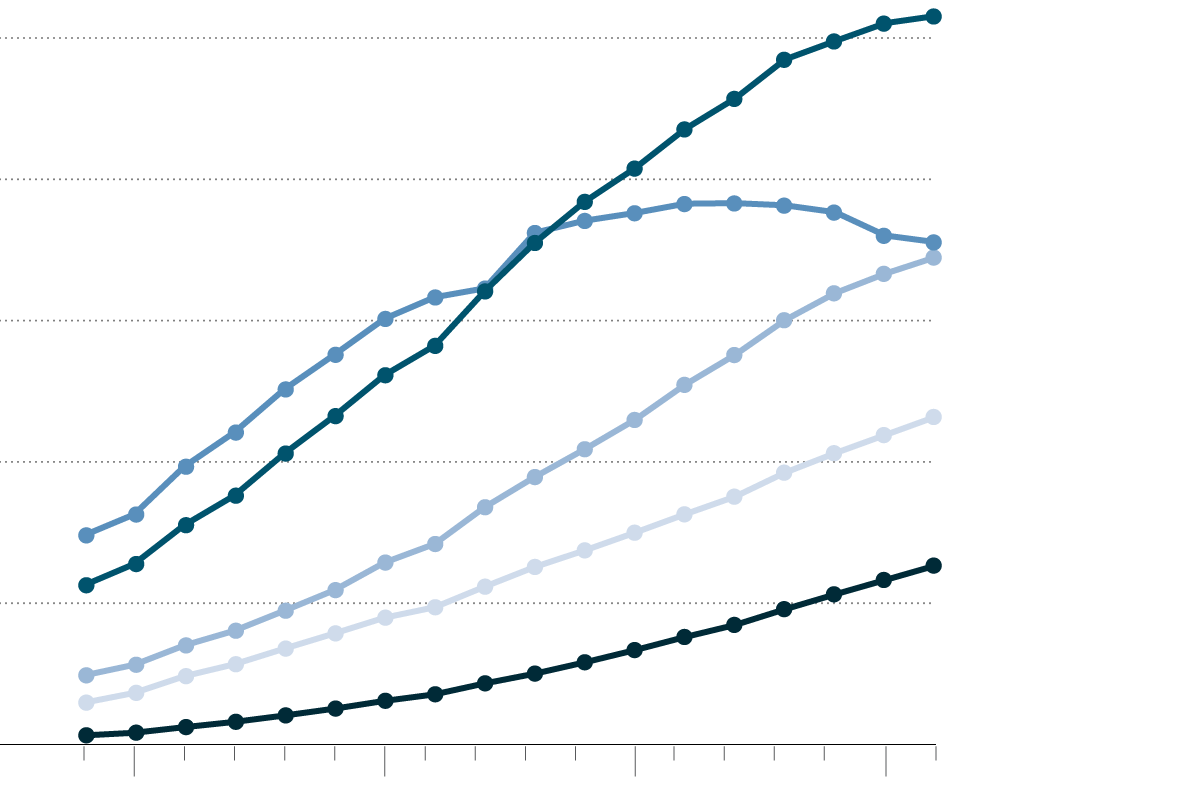 As student debt has grown in recent years, people’s ability to repay it has declined.

When the pandemic brought the global economy to a standstill in 2020, President Trump issued a moratorium on student debt payments and forced interest rates down to zero. Mr. Biden adopted similar policies. The moves helped millions of people lower their loan balances and prevented borrowers unable to pay their loans from defaulting on them.

Nonetheless, there has been a sharp increase in the number of people whose loan balances have stayed the same or have grown since the start of the pandemic. 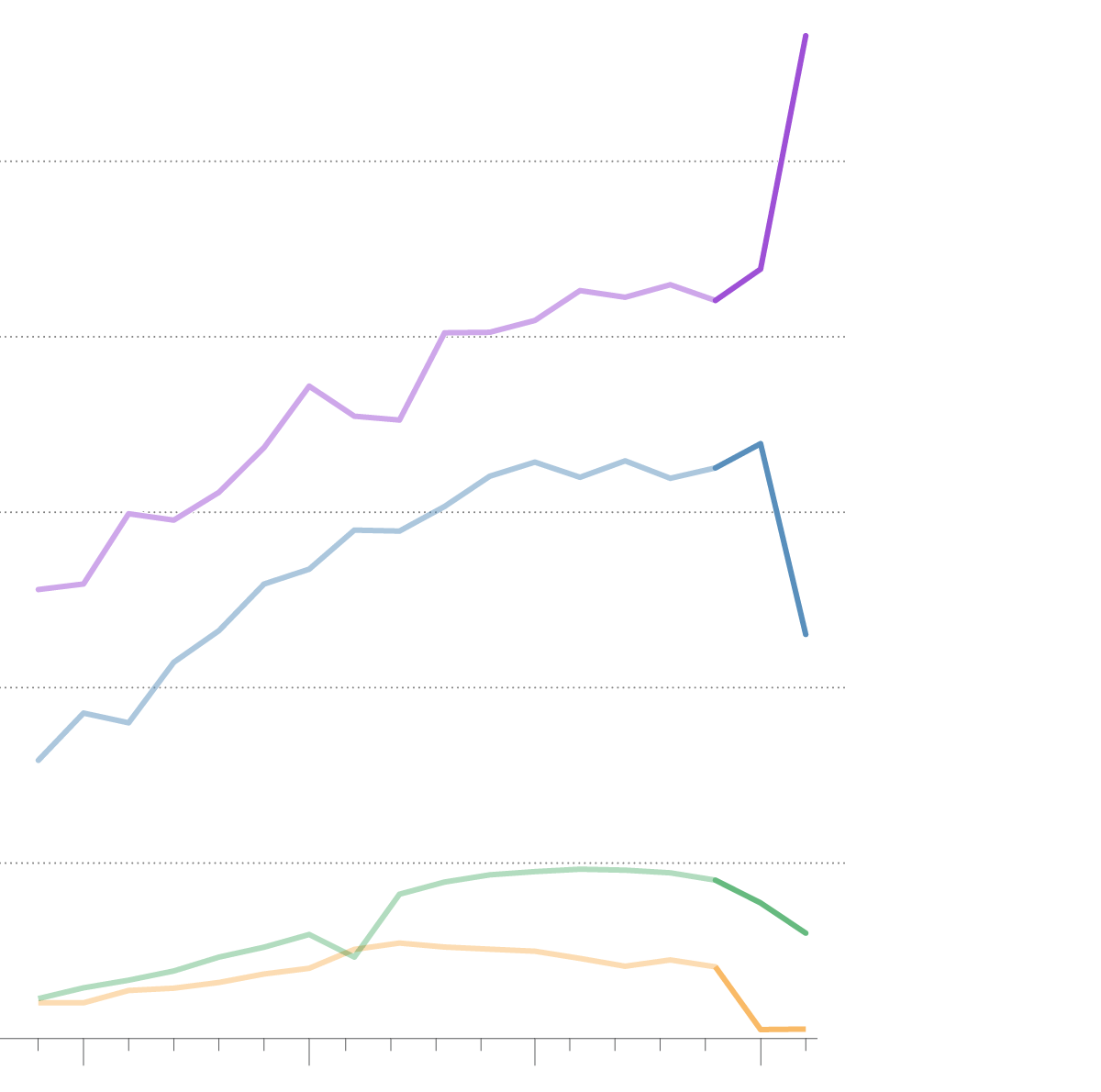 Balance is the same or

higher than one year prior

On Wednesday, Mr. Biden announced that the pandemic-era pause on payments would expire at the end of the year. He also reiterated his commitment to providing relief, in particular to lower- and middle-income households. How exactly to do that has been a topic of debate inside the White House and out.

One provision of the program involves an income cap: Debt relief may apply only to individuals or families who earn below a certain amount. The point of that provision, according to the White House, is to make sure no one who earns a high income will benefit from the relief.

An independent analysis from the Wharton School of Business showed that households earning between $51,000 and $82,000 a year would see the most relief — regardless of whether an income cap were applied. This is in part because more people at middle income levels hold student loans.

With or without an income cap, most relief would go to middle-income households 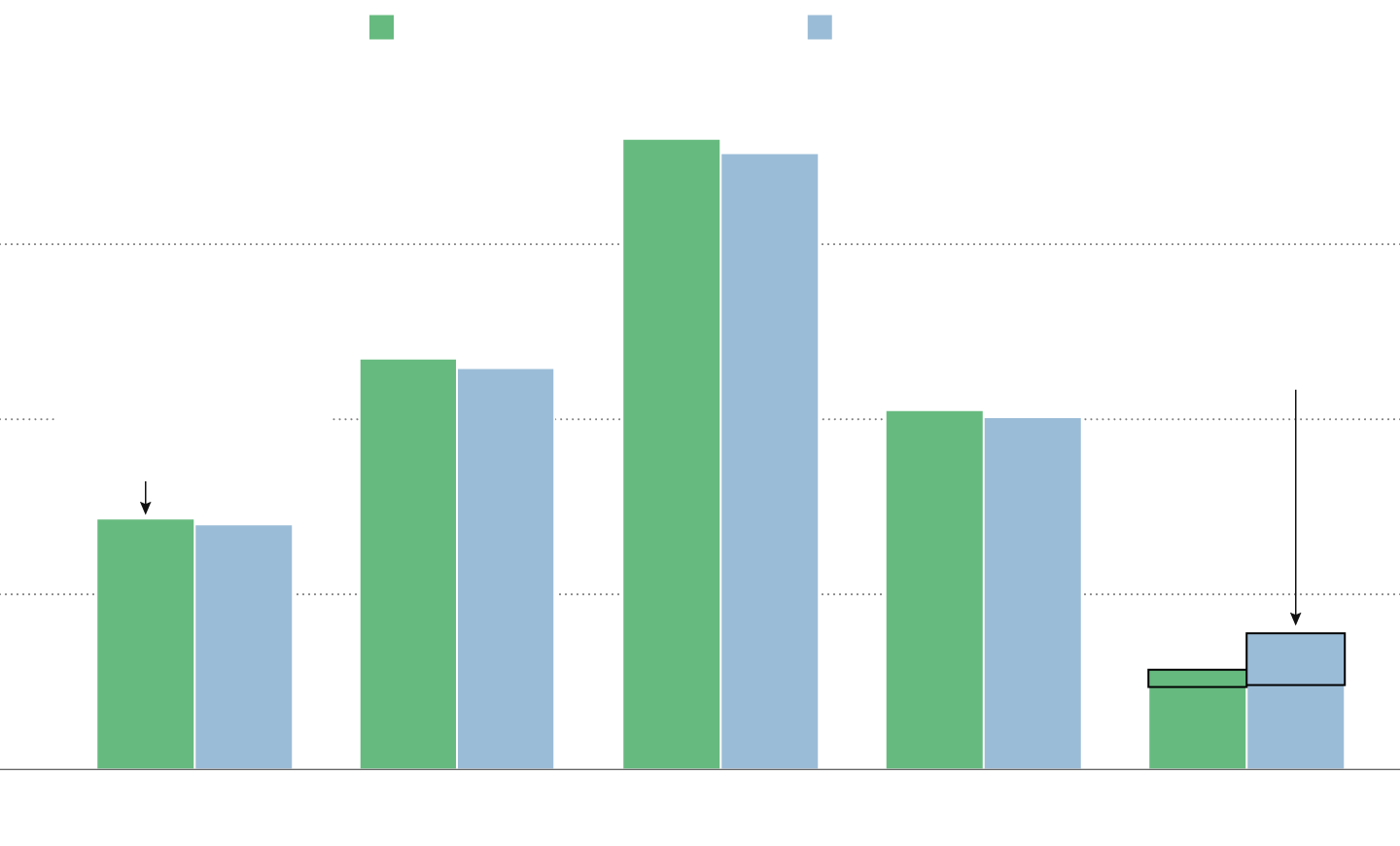 If there were no income cap

If there were no income cap, only

go to the top 10 percent of earners.

In the current plan,

will go to the lowest

Millions of people stand to benefit from the relief, but Mr. Biden’s announcement kicked off a heated debate about its merits.

On both sides of the political aisle, analysts and officials have worried about the plan’s effects on inflation, in part because wiping away debt could inject money into the economy. (White House economic advisers made the case that by resuming loan payments and including income caps, the plan would have a negligible effect on rising consumer prices.)

Others have argued that while the relief could help many people, it does not address the underlying problems of how expensive college has become. Some economists have even warned the move could encourage colleges and universities to raise prices with the federal government footing the bill.

“I understand that not everything I’m announcing today is going to make everybody happy,” Mr. Biden said on Wednesday. “But I believe my plan is responsible and fair.”

Loan Forgiveness: How Student Debt in the U.S. Has Skyrocketed - The New York Times
Posted by John H Armwood II at 10:34 AM