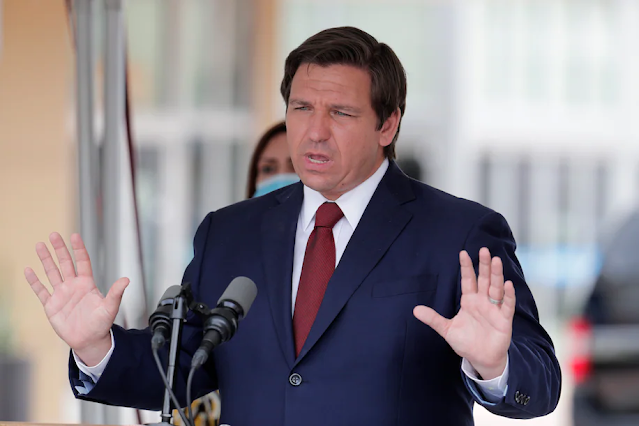 The numbers back up the Republican governor’s bluster. Seven of the 11 active judges on the 11th Circuit, where Walker’s decision will be appealed, are Republican nominees, including a solid phalanx of six Trump appointees.

The Supreme Court, if the dispute gets that far, isn’t apt to be any more attentive to voting rights claims. As Walker noted at the start of his 288-page opinion, voting rights “are under siege” — and here he blamed not states such as Florida but the Supreme Court itself, pointedly citing its spate of recent rulingseviscerating the Voting Rights Act and refusing to block racial gerrymandering.

Still, the very prospect that this ruling is evanescent is what calls for paying attention to it now. To read the decision is to hear the unmistakable sound of Walker’s anguish: Over the conduct of his home state in enacting a law that solves no problem except to help Florida Republicans by suppressing Black votes. Over the persistent, and persisting, mistreatment of Black people in a state with “a grotesque history of racial discrimination.”

And, perhaps most powerful, over the evident unwillingness of the federal judiciary to secure the “sacred right to vote” embodied in the Voting Rights Act. “Federal courts must not lose sight of the spirit that spurred the VRA’s passage,” Walker wrote. But it is clear he believes too many of his colleagues — and, more to the point, his superiors — have done just that.

“To be sure, there are those who suggest that we live in a post-racial society,” Walker observed. “But that is simply not so.” This was, for a lower court judge, a cheeky takedown of Chief Justice John G. Roberts Jr., cloaked in legal language: Walker’s citation pointed to Roberts’s rosy assertion, in 2013’s Shelby County v. Holder, that “our country has changed.”

Walker’s ruling is the first by a federal judge to strike down major parts of one of the torrent of voting restrictions enacted by states in the aftermath of the 2020 election. Florida’s law, known as SB 90, limited the availability of drop boxes for absentee ballots, requiring that they be monitored round-the-clock and dramatically reducing the times during which most drop boxes could be used. It imposed more stringent rules on third-party voter registration drives and threatened to penalize giving water, snacks or other help to those waiting in line to vote.

Walker struck down these provisions as racially discriminatory, in violation of the Voting Rights Act and the Constitution, although he rejected a challenge to new voter identification requirements for those casting mail-in ballots.

Most surprisingly, he invoked a rarely used part of the Voting Rights Act, the “bail-in” provision, to require that the state submit future changes on those particular subjects for court approval. “Without preclearance, Florida could continue to enact such laws, replacing them every legislative session if courts view them with skepticism,” Walker wrote. “Such a scheme makes a mockery of the rule of law.”

This wasn’t Walker’s first brush with Florida’s election laws. He’s heard 17 previous voting cases, and ruled against the state in six. What was striking in this case was his refusal to ignore Florida’s extensive history of racial discrimination and violence to suppress Black voters and his insistence that the legacy of that mistreatment has present-day consequences.

“Florida has a horrendous history of racial discrimination in voting,” Walker wrote. “As a result, Florida has long had a government that is not responsive to the needs of racial minorities. Because Florida’s government has historically been unresponsive to minorities, White Floridians outpace minorities by almost every socioeconomic metric. Further, because of Florida’s racially charged past, race is closely correlated with politics in modern-day Florida.”

And he linked that reality to the state’s voting laws, noting that “in the past 20 years, Florida has repeatedly sought to make voting tougher for Black voters because of their propensity to favor Democratic candidates.”

Thus, the change in drop-box rules, seemingly inoffensive on its face, was actually racially motivated, Walker found: It “effectively bans drop box use at the specific times and the specific days that Black voters, not all Democratic voters, are most likely to use them.” The legislature knew just what it was doing.

How different this analysis is from the arid, context-free way in which the Supreme Court’s conservative majority has analyzed recent voting rights restrictions, resolutely obtuse to their foreseeable and desired impact on minority voters and credulously receptive to alternative explanations about combating nonexistent voter fraud.

As DeSantis predicted, it may not last long, but it’s important to have someone set out, for the record, what is really going on here"

Opinion | A judge calls out racial discrimination in Florida - The Washington Post
Posted by John H Armwood II at 8:43 AM