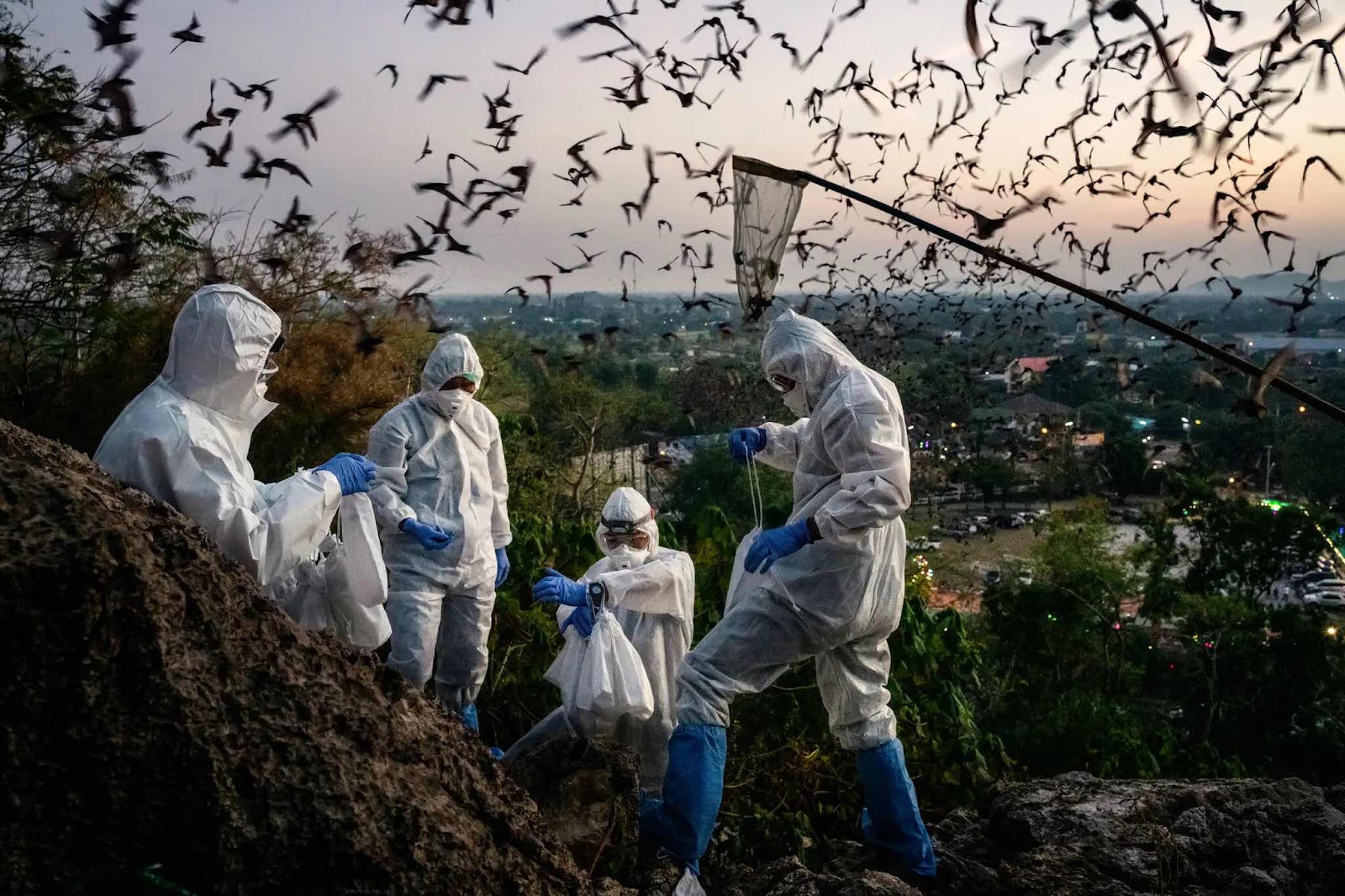 “In a warming world, bats in Southeast Asia will be especially prone to spreading viruses to other mammals, researchers found.

Over the next 50 years, climate change will drive thousands of viruses to jump from one species of mammal to another, according to a study published in Nature on Thursday. The shuffling of viruses among animals may increase the risk that one will jump into humans and cause a new pandemic, the researchers said.

Scientists have long warned that a warming planet may increase the burden of diseases. Malaria, for example, is expected to spread as the mosquitoes that carry it expand their range into warming regions. But climate change might also usher in entirely new diseases, by allowing pathogens to move into new host species.

“We know that species are moving, and when they do, they’re going to have these chances to share viruses,” said Colin Carlson, a biologist at Georgetown University and a co-author of the new study.

To understand what that sharing will look like, Dr. Carlson and his colleagues built a computer model of potential spillovers in a warming world. The researchers started by projecting how thousands of mammals might shift their ranges as the climate changes between now and 2070.

As temperatures increase, many species are expected to spread away from the blazing Equator to find more comfortable habitats. Others may move up the sides of hills and mountains to find cooler altitudes. When different species come into contact for the first time, the viruses may be able to infect new hosts.

To understand the odds of a successful new infection, the researchers began by building a database of viruses and their mammalian hosts. Some viruses have been found in more than one species of mammal, which means that they must have jumped the species barrier at some point in the past.

Using a computational technique called machine learning, the researchers developed a model that could predict whether two host species share a virus.

The more that two species overlap geographically, the researchers found, the more likely they were to share a virus. That’s because the hosts were more likely to encounter each other, giving their viruses more opportunities to move between them.

Dr. Carlson and his colleagues also showed that closely related species were more likely to share a virus than were distant relatives. That’s probably because closely related mammals are similar in their biochemistry. A virus adapted to exploit one species is more likely to thrive in a relative. It may also be able to evade an immune system similar to one to which it’s already adapted.

These findings enabled Dr. Carlson and his colleagues to make predictions about what would happen when mammal species come together for the first time in a hotter world.

Among the 3,139 species studied, the researchers anticipated more than 4,000 instances in which viruses would move from one species to another. In some cases, just one virus will make the jump. But the models also predicted that multiple viruses carried by one species would spread to the other.

The researchers were not able to say exactly which viruses would move between which species. What matters, they argued, is the sheer scale of what’s to come.

“When you’re trying to predict the weather, you don’t predict individual raindrops,” said Christopher Trisos, an ecologist at the University of Cape Town and a co-author of the new study. “You predict the clouds themselves.”

Rachel Baker, a disease ecologist at Princeton University who was not involved in the study, said that the research was an important step forward in understanding how climate change will affect the world’s dangerous viruses. Previous studies have focused on single viruses, as opposed to surveying the entire world.

“It’s a great advance,” she said. “We want to know as soon as possible if there’s some link between climate change and pathogen spillover.”

Bats in Southeast Asia will be especially prone to these transmissions, the researchers found. As of now, many bat species in that region are limited to small ranges and don’t come into contact with each other much. But as the planet warms, these bats will fly quickly to suitable climates and encounter new species.

These findings may be particularly ominous for humans. As viruses move to new host species, they evolve — and can potentially evolve in ways that make them more likely to infect people. The coronavirus that caused SARS in 2002 originated in Chinese horseshoe bats and then jumped to another species — possibly raccoon dogs sold in Chinese animal markets — before infecting people.

In February, scientists released two studies asserting that Covid arose through a similar sequence of events, with a coronavirus jumping from bats to wild mammals sold at markets in Wuhan before infecting humans.

“We believe that is something that could happen a lot as a result of the interspecific transmission events that we’re predicting,” said Gregory Albery, a disease ecologist at Georgetown University and a co-author on the new study.

When the researchers looked at the places mammals might end up in 2070, they found another reason to expect new human epidemics: They won’t be migrating to wildlife refuges. “It turns out those are all the places we’ve built cities,” Dr. Carlson said.

A rare rodent that has little contact with humans today might pass a virus on to raccoons, which live comfortably in urban areas. “That is opening up an entirely new pathway for this virus to spread into humans,” Dr. Albery said.

Dr. Christine Johnson, an epidemiologist at the University of California, Davis, who was not involved in the study, cautioned that such a broad model can’t account for details that may have a big impact on individual viruses. “We need locally grounded field studies to understand the impacts of climate on species’ movements and disease transmission risk,” she said.

Climate-driven spillovers may start long before 2070. After all, the planet is already 1.1 degrees Celsius warmer than it was in the 19th century. In their computer model, the researchers found that there has already been sufficient climate change to start mixing viruses up, although their model doesn’t let them point to particular viruses that have made a jump.

“The amount of warming we’ve had has been enough to set it in motion,” Dr. Carlson said.“