Opinion | Juneteenth Is a Federal Holiday Now. Can It Still Be Black? - The New York Times

Juneteenth Is a National Holiday Now. Can It Still Be Black? 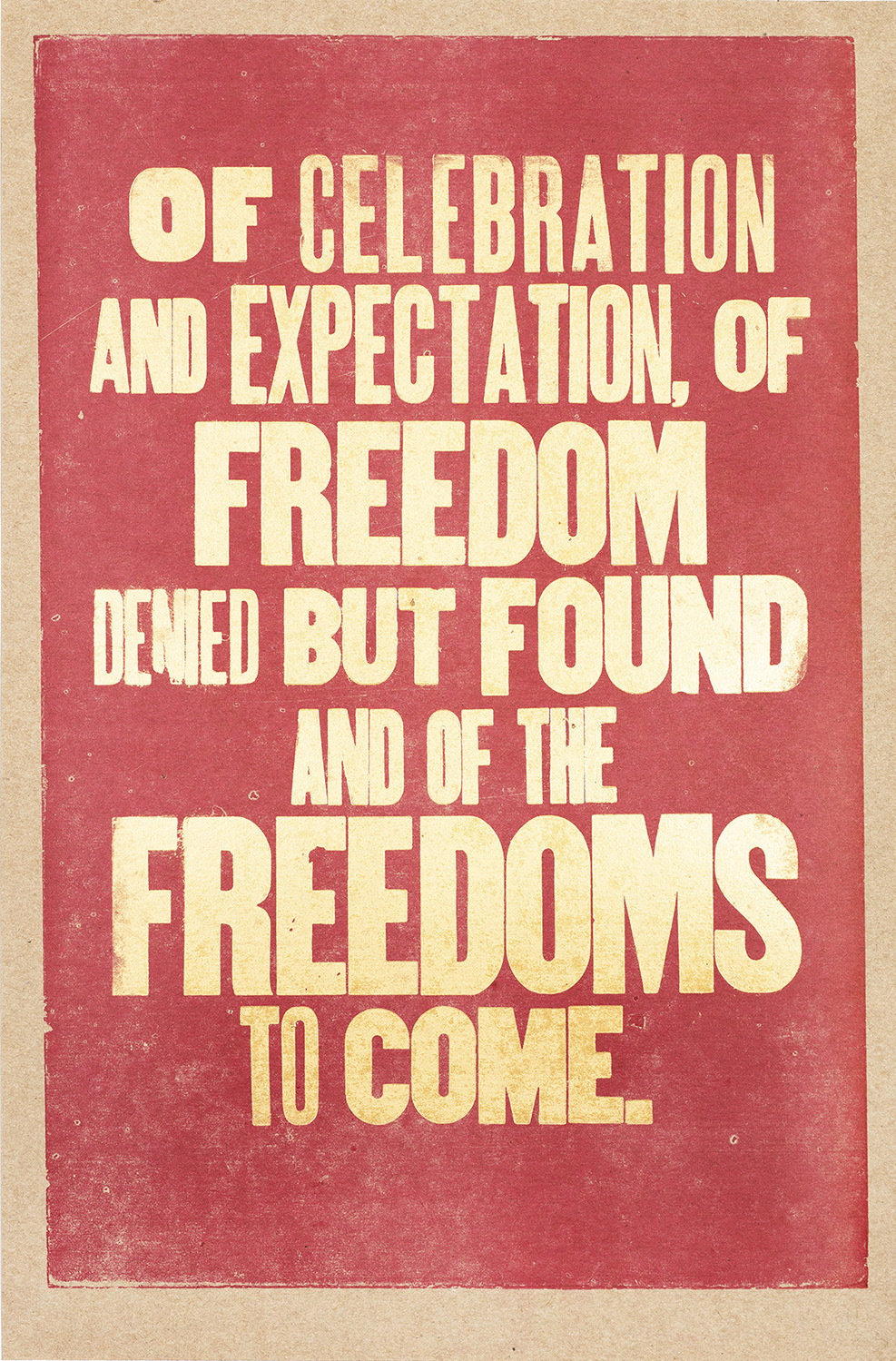 We might count Juneteenth among those things Black people have long enjoyed that white folks don’t know about — like Frankie Beverly and Maze. The fact that such things exist might still be a shock to some; Americans are used to having Black culture to draw from like a renewable well. But no matter how aware or steeped in Black music and meanings, white people can still be surprised by the depth of things that Black people have kept alive for generations, kept to themselves in churches and barbershops, beauty salons and artistic salons, or laughed about over barbecue and red drink. These are the habits of freedom, rituals of the heart and mind. There’s a whole canon of Black cookout music that folks sing along to — if you’re lucky enough to get invited.

What Juneteenth and other Emancipation days commemorate is both the promise of freedom and its delay. For June 19, 1865, doesn’t mark the day enslaved African Americans were set free in the United States but the day the news of Emancipation reached them in Texas, two and a half years after the Emancipation Proclamation. It is a holiday ringed, like a good brisket, though not in smoke but irony. Out of such ironies Black people have made the blues, made lemonade, made good. The lesson of Juneteenth is both of celebration and expectation, of freedom deferred but still sought and of the freedoms to come.

My Louisiana-born mother recalls celebrating Juneteenth as a child, eating homemade ice cream her grandfather made special for that day; he filled the icebox and let her know that freedom was what she was tasting. The day must have been all the more poignant for him, born in 1870, as his mother was enslaved. For decades, other emancipations — including one honoring the Emancipation Proclamation, on the eve of the New Year — have been marked by African Americans with parades, oratory and “Lift Every Voice and Sing.”

But last year, in the wake of the murder of George Floyd — and delayed justice for Breonna Taylor, Ahmaud Arbery and too many others whose names have become sadly familiar — this promise of freedom, and its frustrations, took on more urgency. Protests filled the streets and Mr. Floyd’s image was painted not just on his namesake square in Minneapolis but also as far away as the Berlin Wall, that symbol of division that came down over three decades ago. Americans haven’t a wall or its fragments to show us how far we’ve come; we have other kinds of ruins to tend to.

As Juneteenth approaches, it is time to address those ruins. You could say the original Juneteenth marks not just the start of freedom but also the short-lived promise of the period of Reconstruction, and America’s subsequent race massacres that culminate in the Red Summer of 1919 and the Tulsa Massacre 100 years ago. We have been reminded recently that Tulsa, Okla., is the site of one of the deadliest race-based massacres in the nation’s history — in which angry white mobs descended on a community known as Greenwood, dropping firebombs, looting and assaulting and ultimately killing as many as 300 people along what was called Black Wall Street. Even I didn’t know till recently, though, of the Opelousasmassacre of 1868, a murderous effort at voter suppression that took place in Louisiana a few miles from where my father’s family is from, where most of them still live and almost all are buried. We must make sure that such haunting events are not buried too.

Against that backdrop, I am reminded of a question I have been asked a lot lately in the run-up to the holiday: Should Juneteenth become a national holiday, as our elected officials just decided it should? I believe the answer is yes — but there remains a caveat, and another question. When Juneteenth becomes a national holiday, will it still remain Black? Can it be both serious and playful, and recognize, as the poet Toi Derricotte reminds us, that “joy is an act of resistance”? Can we cook and laugh while we remember, remaining rooted in tradition while telling the full story of America and Black life in it?

I believe in an America that can do all of those things. When we know and accept the unvarnished truth — in all of its complexity, conflict and context — it can change how we view things, including ourselves. The National Museum of African American History and Culture, an institution I have the privilege of leading, is proof of that. In chronicling the American story through the lens of African Americans across the centuries, the museum has drawn large crowds of all races. We at the museum are keenly aware that history should not just be a record of what happened. It should also be a record of how we remember what happened — and how too often memory and testimony have been elided in favor of fear and fantasy.

Perhaps the commemorations from Tulsa to Texas should remind us of the threats that shadowed Emancipation long after slavery was legally over. And that we need more than just one day to call our attention to freedoms delayed and denied. Maybe what we need is an Emancipation season? Or, I can almost hear my late father say, just plain old full-throated freedom would be nice. Certainly it would be tremendous to collectively celebrate not just the nation’s freedom from foreign rule, as we do on Independence Day, but also our release from the tyranny of slavery.

African Americans should not have to bear the burden of this history alone. Nor should Black achievement be something that only African Americans celebrate. As James Baldwin well knew, our freedoms are interrelated — and otherwise imperiled. Walking my new town of Washington, D.C., I am struck by how such interconnectedness was expressed by giants like Franklin Delano Roosevelt and Martin Luther King Jr., whose monuments, etched with their eloquent words, express that principle often. “We are caught in an inescapable network of mutuality, tied in a single garment of destiny,” King said in Alabama in 1963. Has such an idea — that freedom isn’t just for oneself, but must be shared to be truly free — gone from American public life? I hope not. The National Museum of African American History and Culture is proof it isn’t.

Like Juneteenth, that soaring space on the National Mall — which took over a century after it was first proposed to build — reminds us that freedom is not free. More than that, as Toni Morrison put it, “the function of freedom is to free someone else.” Juneteenth tells us that a fuller future awaits, and the work of collective freedom is ongoing.

If you’re lucky, you’ll get to stay till the end of the cookout, which is not complete without Frankie Beverly and Maze. When Beverly or Beyoncé begins to sing “I want to make sure I’m right, before I let go,” you best dance, as soon enough, the party is over. Time to clean up."

Opinion | Juneteenth Is a Federal Holiday Now. Can It Still Be Black? - The New York Times
Posted by John H Armwood II at 7:15 AM