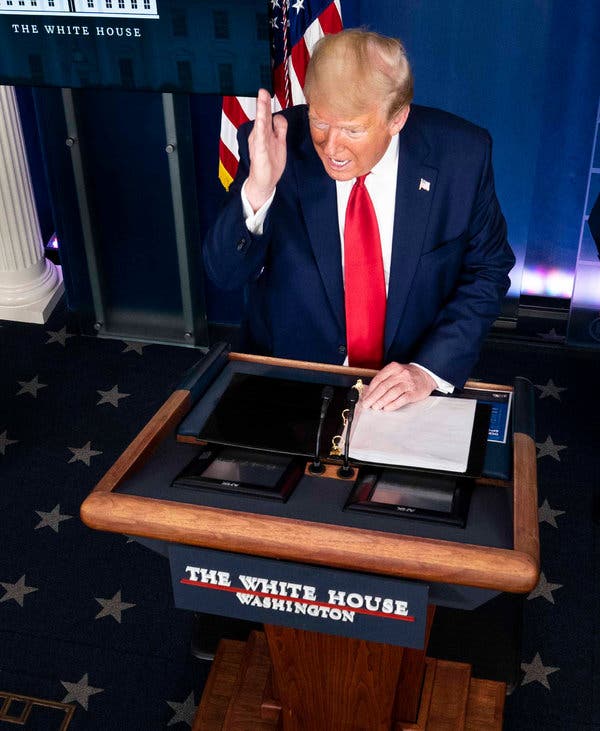 "Even as the Trump administration slowly finds its footing in the war against Covid-19, one high-profile element of its response remains stubbornly awful: President Trump’s performance in the daily news briefings on the pandemic.

Opinion | Drop the Curtain on the Trump Follies - The New York Times
Posted by John H Armwood II at 8:43 AM