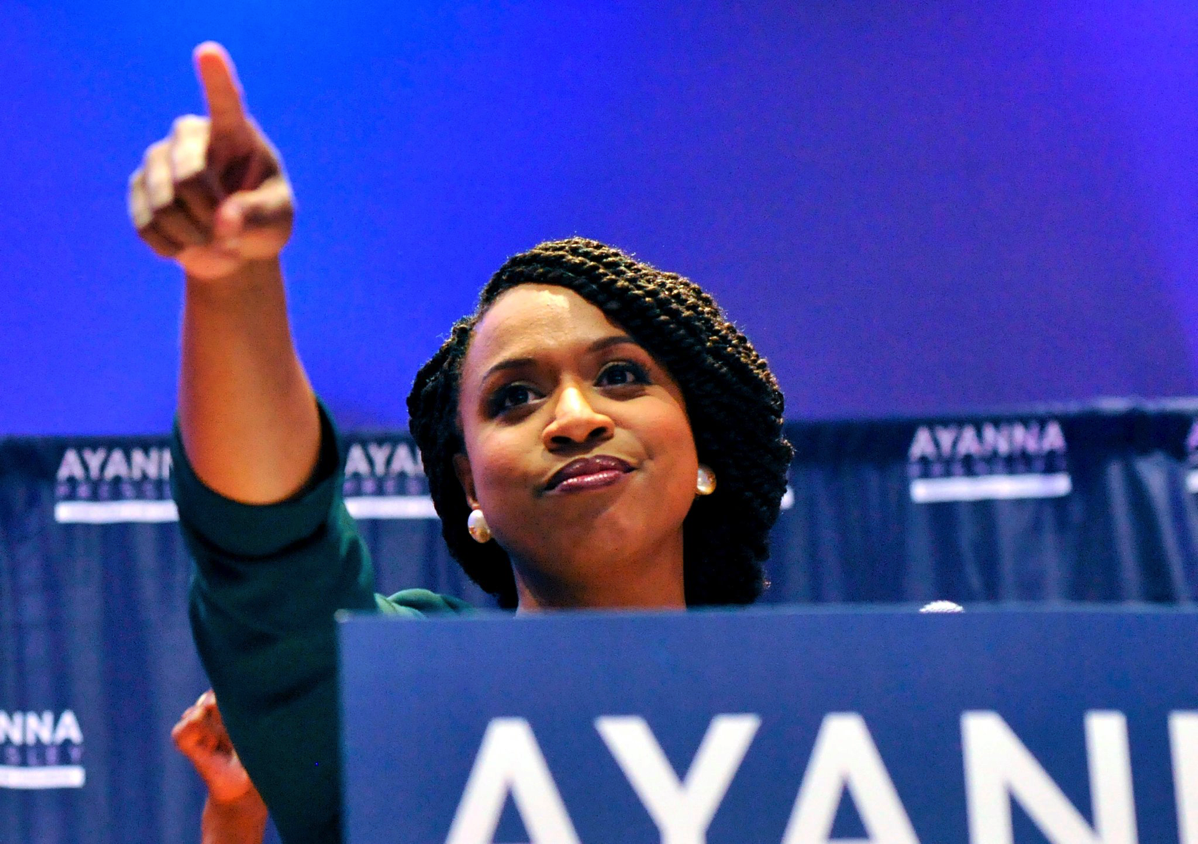 "The most significant political shift in decades is happening, but it’s not Trumpism or white nationalism or corruption or even on the right.

Historic electoral wins, like Ayanna Pressley’s major upset in a Massachusetts House race on Tuesday, along with the rise of the Black Lives Matter movement, show the might of the black political left.

Ms. Pressley unseated a 10-term congressman in a campaign supported largely by minorities, immigrants and college students. And she did so without the backing of key Democrats like Representative John Lewis of Georgia and former Gov. Deval Patrick of Massachusetts, both of whom endorsed her white opponent. Now Ms. Pressley is poised to become the state’s first nonwhite member of the House of Representatives.

Consider too Andrew Gillum’s victory in the Democratic nomination for Florida governor on Aug. 28. Florida Democrats and liberal donors like George Soros and Tom Steyer supported him over more centrist candidates. Mr. Gillum was also heavily endorsed by young black activists across the state, particularly the Dream Defenders, who cut their teeth on protests around the killing of Trayvon Martin in 2012. And for good reason: Mr. Gillum’s platform calls for single-payer health care, abolishing Immigration and Customs Enforcement, as well as reforming the cash bail system and removing barriers to community re-entry after prison.

Unapologetically left in his orientation, Mr. Gillum has rejected the idea that he needs centrist Democratics to win. His sights are set on young people and progressive voters. Stacey Abrams of Georgia, whose strategy is similar, has a good chance to become the state’s first black female governor. Ben Jealous, the former head of the N.A.A.C.P., is vying to become Maryland’s first black governor, winning the state’s Democratic nomination by running to the left of his opponent.

We can also see this shift in big cities like Cleveland and Chicago and, recently, in St. Louis County, which have elected prosecutors who are sympathetic to the Black Lives Matter movement. This summer, Wesley Bell, a City Council member from Ferguson, Mo., defeated Robert McCulloch, the seven-term St. Louis County prosecutor who was widely criticized for his handling of the Michael Brown killing.

Beyond historic firsts, this new class of candidates is pushing the Democratic Party farther left. They also represent the new political power of black progressives who defy stereotypes of black politicians as wedded to respectability politics and unwilling to take on issues of people who live on the margins of the black community. It’s clear that the era of centrist black politicians is on the wane. The time of black progressives is in ascent.

To some extent, centrist black politicians have been the victims of their greatest success and what some perceive as their greatest failure: the election of President Barack Obama. That represented the height of black electoral power. A successful Obama presidency became the entire black political agenda. EDITORS’ PICKS

When the Supreme Court Lurches Right

With Ships and Missiles, China Is Ready to Challenge U.S. Navy in Pacific

Every Generation Gets the Beach Villain It Deserves Before Mr. Obama, it was common for black activists and civil rights organizations to appeal to presidents when they were trying to win concessions from the federal government. But this strategy didn’t work with a black president. African-Americans had more access to the White House than ever before, yet they couldn’t use that access to wrangle specific policy reforms from the first black president without tarnishing the historical achievement of his election.

Remember when Representative Maxine Waters of California critiqued Mr. Obama’s remarks to the Congressional Black Caucus in 2011 because he told the audience to ‘stop complaining’ about their problems? That was not as welcome as when she told Trump officials this summer she was ‘reclaiming her time.’

During the Obama presidency, traditional civil rights organizations like the N.A.A.C.P. and the National Urban League worked closely with the administration. This created a power vacuum in the black left. Which activists would drive black politics outside of the national spotlight? Young black activists filled the void, many of whom were already trained as local organizers.

At the end of Mr. Obama’s second term, black youth had become a significant and unified political voice. Since then, their power has only grown. The constellation of Black Lives Matter groups initially focused on police and vigilante violence but expanded its platform to address political and economic challenges facing the black community. From the outset, these groups have made clear that all black lives matter — women, queer and transgender people were always at the center of their political agenda.

The political focus of the Black Lives Matter movement is much farther to the left than traditional black civil rights organizations. The movement supports reparations in the form of fully funded education, an end to money bail and the demilitarization of the police. Since turning to electoral politics, its constituent groups have said that the candidates they endorse must also represent similar progressive views.

To be sure, there has always been a black progressive community whose politics skewed farther left than the Democratic Party’s or civil rights organizations’. Black progressives have long critiqued problematic policies of black elected officials and any solutions that left vulnerable members of the black community further marginalized.

In the places where this movement has been most effective, young leaders are crucial. But there is an intergenerational nature to the work and the composition of activists. These young people have allowed for a more inclusive black politics. In fact, liberal leaders have emerged across a range of black institutions, not just formal politics. People like the Missouri pastor Traci Blackmon, the feminist scholar Brittney Cooper and the athlete Colin Kaepernick demand that businesses, organizations and candidates who want their endorsements represent their priorities.

This change is as much a generational replacement as it is a widespread ideological shift. These candidates are comparatively young. Mr. Gillum is 39. Ms. Abrams and Mr. Jealous are in their mid-40s. While age, particularly youth, plays a part, there are others reasons black progressivism is attracting more candidates and voters.

The black electorate is outraged at the perceived impotence of black politicians to ensure basic justice for black people who are killed by the police. The failures to convict or even indict the killers made clear targets out of prosecuting attorneys and other elected officials.

But it has also inspired new candidates for public office. Last month, the gun control activist Lucy McBath won the Democratic nomination for a congressional seat in Georgia after the killing of her son, Jordan Davis, received national attention in 2012.

As the party moves left, establishment leaders will be displaced. That will include centrist black politicians. But this new cohort of candidates, along with white women and Latino candidates, will decide the future of national politics.

The old political orthodoxy that has allowed black centrist Democrats to dominate black politics is being dethroned. Black progressives are on the rise."

(Via.) Opinion | Ayanna Pressley and the Rise of Black Progressives - The New York Times: