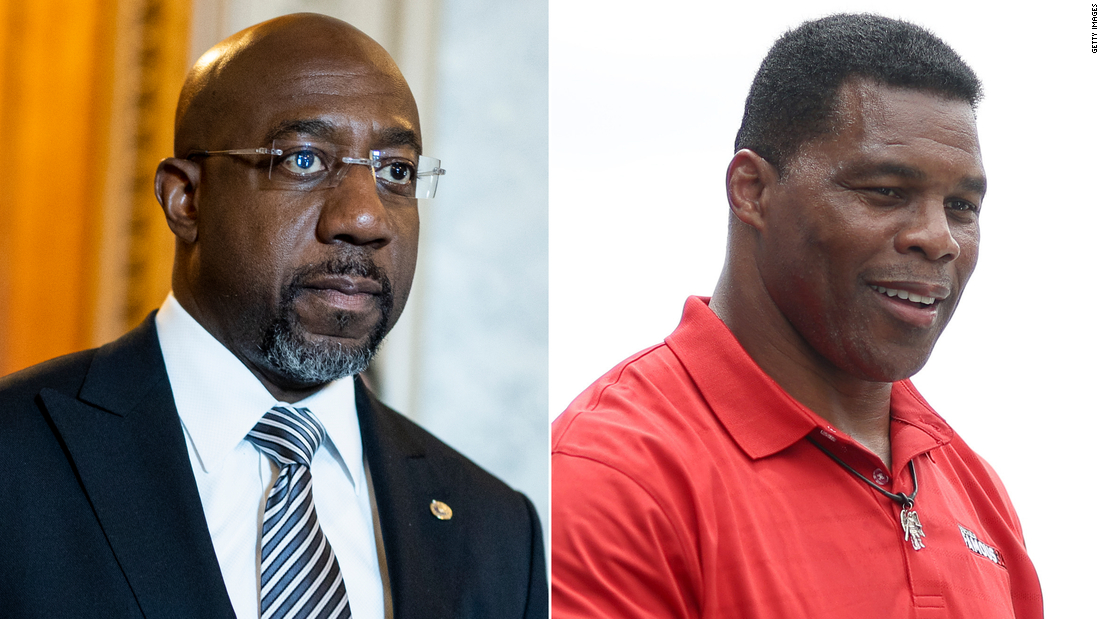 “(CNN)Democratic Sen. Raphael Warnock of Georgia is turning up the heat on Herschel Walker, calling out his Republican opponent for so far refusing to agree to public debates before this fall's election.

Warnock released a new television ad this week criticizing Walker for "dodging" three debate invitations the incumbent has already accepted. Despite saying in multiple public remarks that he was "ready to go" and debate Warnock, Walker has not accepted those invitations.
Walker avoided debating his Republican rivals in the primary and went on to win by a large margin. But even as it remains unclear whether the former football star will agree to any televised debates, that strategy may not work in the general election. Walker's challenge to Warnock, who is seeking a full term after winning a special election in a runoff last year, is expected to be one of the closest and most high-profile Senate races in 2022. 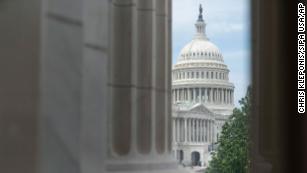 The 10 Senate seats most likely to flip in 2022
Georgia remains a sharply divided state. Democrats like Warnock and President Joe Biden won statewide in the last cycle after years of GOP dominance, but the governor's mansion and state legislature are still controlled by Republicans. A recent Fox News poll of registered voters found Warnock with 46% support to Walker's 42%, while the same survey put Republican incumbent Gov. Brian Kemp at 47% against Democratic challenger Stacey Abrams at 44%.
Still, Biden's poor approval ratings in the state and a national environment favorable to Republicans could overwhelm Warnock's attempt to refocus his election on Walker's fitness for office.
In its ads, Warnock's campaign has repeatedly questioned whether Walker is "really ready to represent Georgia" in the US Senate, including pressuring the Republican to debate.
"Reverend Warnock believes debates are an opportunity for Georgians to see the clear choice they have in this election, and while Walker said over and over that he would participate in general election debates, the fact is he refuses to do so. He clearly isn't ready to represent Georgians in the U.S. Senate," Warnock campaign spokeswoman Meredith Brasher said.
Others have begun to press Walker on his reticence. During an appearance on Fox News on Wednesday morning, host Brian Kilmeade asked the GOP nominee why he had not committed to debating Warnock.
"Sen. Warnock has nothing else to talk about," Walker said. "I'm ready to debate him, any time, any day. I just want to make it for the fans, not about a political party or about some media, and all he's doing is talking. I want to make it a fair and equitable debate for the people."
But Republicans in Georgia -- many of whom have expressed concern over Walker's liabilities as a candidate -- say the first-time candidate would be better served by not facing Warnock in a public debate format.
"I think Walker is more likely to win by not debating," said Erick Erickson, a conservative talk radio host based in Georgia. "God help him against Warnock onstage."
For months, Walker has had to contend with a litany of revelations on everything from false claims about working in law enforcement and his academic record to questionable business ties -- issues that would undoubtedly come up at a debate.
And Republicans have raised questions about Walker's ability to answer questions effectively. Earlier this month, for instance, he attended a local GOP picnic and spoke confusingly about climate change. 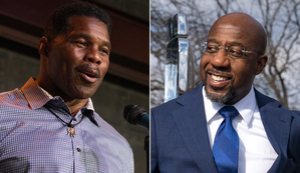 Those concerns, both in Georgia and in Washington, prompted Walker's team to bring on a bevy of new staff and consultants earlier this month. Among the campaign's recent hires are political communications consultants with national experience -- including Brett O'Donnell, who has done debate preparation for several GOP candidates.
The Walker campaign did not respond to questions from CNN about the candidate's conditions for agreeing to a debate with Warnock.
Warnock has agreed to invitations to debate on October 13 at Mercer University in Macon and on October 16 with the Atlanta Press Club. The Democrat has also agreed to a debate in Savannah with WTOC, though the date has yet to be determined.
Eric Tanenblatt, a veteran Republican operative in Atlanta, dismissed Warnock's present attempts to hammer Walker on the debates as "inside baseball."
"Most people aren't paying attention. As we get past Labor Day and closer to voting, it could become an issue," Tanenblatt said.
Despite the first proposed debate still being more than two months away, Warnock is leaning hard into the criticism.
"Georgians have a real clear choice between me and my opponent. How's Herschel Walker going to stand up for Georgians in Washington if he won't even stand on stage to debate me?" Warnock tweeted Wednesday.
Walker, meanwhile, has a new ad that ties Warnock with Biden, trying to capitalize on the Democratic President's unpopularity -- a bet that it may be enough for GOP candidates to ride a red wave in November.
"People are going to want to hear from the candidates," Tanenblatt said. "That being said, the election will likely be a referendum on Warnock and Biden."
Posted by John H Armwood II at 8:49 PM