As COVID-19 cases skyrocket in children, doctors warn of lifelong side effects | Salon.com

As COVID-19 cases skyrocket in children, doctors warn of lifelong side effects 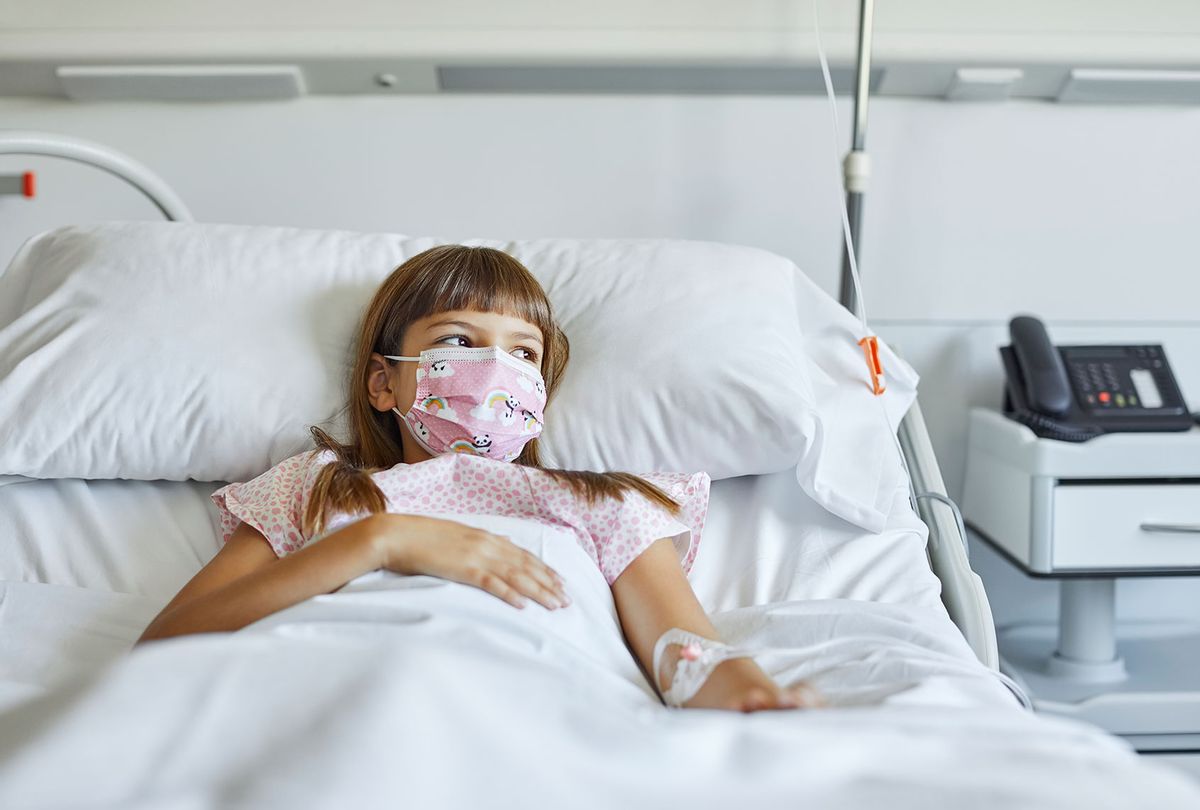 In the 1940s and 1950s, the polio epidemic left tens of thousands of people disabled for the rest of their lives. Even after virologist Dr. Jonas Salk announced a successful vaccine in 1955, there were still heart-wrenching photographs of paralyzed children for whom that inoculation was released far too late. Some of the most powerful imagery from that period involves showing children in leg braces or wheelchairs, their miserable expressions suggesting a deep mourning for the quality of life they had forever lost.

Roughly 70 years later, the American Academy of Pediatrics (APA) has released a report, which includes a familiar warning that those who lived through the polio era will recognize: If children are not protected against COVID-19 through vaccination, it could haunt them for the rest of their lives.

Although children rarely become severely ill due to COVID-19, the APA wrote that "there is an urgent need to collect more data on longer-term impacts of the pandemic on children, including ways the virus may harm the long-term physical health of infected children, as well as its emotional and mental health effects." This refers to the growing body of evidence that a wide range of physical and psychological issues can persist for COVID-19 sufferers long after the disease itself has supposedly passed. (Hence the term "long COVID.") Common physical symptoms of long COVID include fatigue, coughing, shortness of breath, joint pain, dizziness and loss of smell or taste. In terms of their mental health, patients with long COVID report feeling depressed, having brain fog, experiencing anxiety and having trouble with their memory.

This matters more than ever because, as the APA explained in their report (which will be released on Nov. 30), the number of children developing COVID-19 is on the rise. A staggering 141,905 child cases were added in the United States over the past week, an increase of 32 percent from the figure two weeks ago. That figure is also more than one-fourth of all new COVID-19 cases from the past week; at the start of the pandemic in early 2020, children comprised only three percent of confirmed cases.

This also marks the 15th consecutive week in which the number of new child COVID-19 cases has exceeded 100,000. While the current peak is 252,000 new cases (for the week of Sept. 2), the ongoing figures remain "extremely high," according to the APA. Overall nearly 6.8 million American children have been diagnosed with COVID-19 infections since Nov. 18. Despite this, a recent Kaiser Family Foundation (KFF) survey found that roughly two-thirds of parents are either waiting to vaccinate their young children against COVID-19 or are outright refusing to do so.

The Kaiser survey also made it clear that, while there are a number of variablesthat influence people who oppose the COVID-19 vaccines, the most common culprit is right-wing partisanship.

"Although COVID-19 vaccination rates have increased over time with majorities across partisan groups reporting being vaccinated, Republicans make up an increasingly disproportionate share of those who remain unvaccinated and political partisanship is a stronger predictor of whether someone is vaccinated than demographic factors such as age, race, level of education, or insurance status," KFF explained.

Because the COVID-19 pandemic has lingered for longer and more severely than it would have if most of the population had gotten vaccinated, President Joe Biden announced a series of vaccine mandate in September that he hopes will begin to close the gap. In that speech he specifically blamed the ongoing problem on unvaccinated Americans, arguing that a "pandemic of the unvaccinated" had caused people to feel "frustrated with the nearly 80 million Americans" who have access to free inoculations but refuse to get them."