Some states fell far behind in vaccinating against Covid-19. How many lives could have been saved if they had caught up? (American barbarians, the unvaccinated)

Some states fell far behind in vaccinating against Covid-19. How many lives could have been saved if they had caught up? 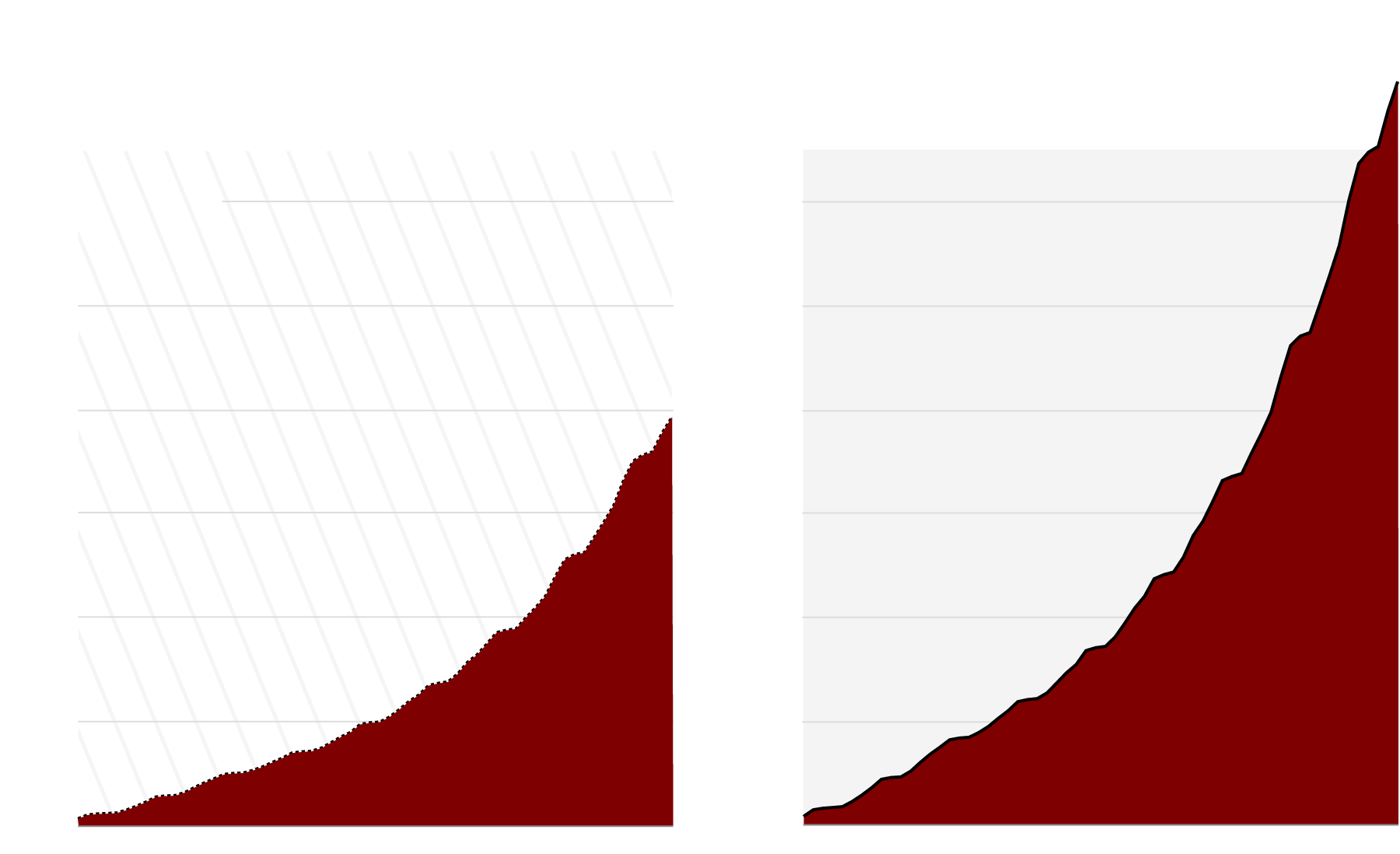 If all states got vaccinated at the fastest state’s rate ...

The Covid-19 vaccines save lives. Unlike much of the world, the United States has an overabundant supply. And yet many areas and groups of people in the United States are undervaccinated. This has led to preventable deaths throughout the country.

To quantify just how many deaths, we set out to estimate how many lives might have been saved if all states had managed to vaccinate their residents as quickly as the state with the highest vaccination rate (usually Vermont in the period we looked at). This provides a benchmark for what would have been possible with vaccination rates that we know are, under at least some circumstances, achievable.

The Pfizer-BioNTech, Moderna and Johnson & Johnson vaccines are extremely effective in protecting against Covid-19 deaths as well as hospitalization. We can estimate how many lives might have been saved with higher vaccination rates by looking at the number of deaths on each day and assuming that an unvaccinated person was about 11 times more likely to die of Covid-19 than a vaccinated person.

We modeled each state separately and modeled people ages 18 to 64 and people 65 and up separately, since they have very different mortality rates and vaccination rates. Unfortunately, the Centers for Disease Control and Prevention data does not allow for more granular age modeling. The results are striking: During the latest coronavirus wave, in July and August, at least 16,000 deaths could have been prevented if all states had vaccination rates as high as the state with the highest vaccination rate. The number of lives that could have been saved will grow unless vaccination rates in lagging states improve.

Earlier in the vaccine rollout, Alaska and South Dakota led in vaccine uptake among seniors. But these states plateaued at lower rates than Vermont, which has largely led in Covid-19 vaccination rates in recent months. 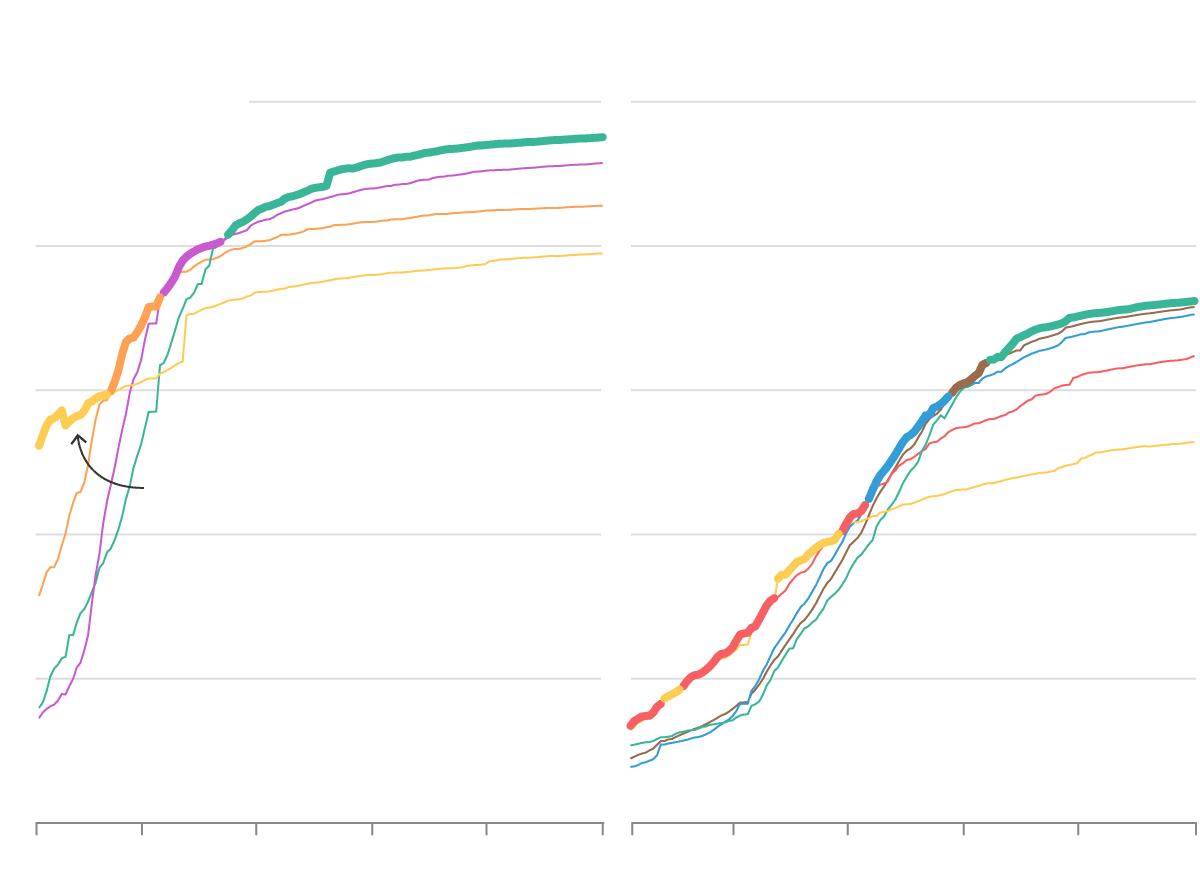 Sources: C.D.C.·Note: C.D.C. figures for the number of vaccines administered in each state's population have undergone corrections during the rollout, resulting in changes in the reported percentage of the state's population that is vaccinated at certain times.

While places with high vaccination rates differ from those with lower rates in many ways, such as poverty level and insurance status, there is a particularly striking divide between red states and blue states. Surveys show that Democrats are 59 percent more likely than Republicans to say they have been vaccinated, a larger gap than that by gender, race, education or even age. If you tried to predict whether a state voted for President Biden using only its vaccination rate, you would predict 90 percent of states correctly. As a result of this partisan gap, undervaccination has allowed nearly 12,000 preventable deaths in red states during July and August, more than double the 4,800 in blue states.

More deaths due to undervaccination in red states

Many thousands more died in red states, where vaccination rates tended to be lower. Nevertheless, blue states could have avoided many deaths had they all vaccinated at the highest rates.

If all states got vaccinated

But even these numbers significantly understate the cost of undervaccination, because they model only the effect on deaths. Another great benefit of vaccines is that they reduce infections. (Though vaccinated people can still become infected, they are substantially less likely to do so than unvaccinated people.) Reducing infections has enormous effects that build on themselves week after week: Each person gives the virus to fewer people, who give it to fewer people, and so on.

As with all modeling of a fast-changing pandemic with messy data, we should interpret this modeling carefully. Because of these uncertainties, we can never know exactly how many deaths to attribute to undervaccination. But we know there are too many. 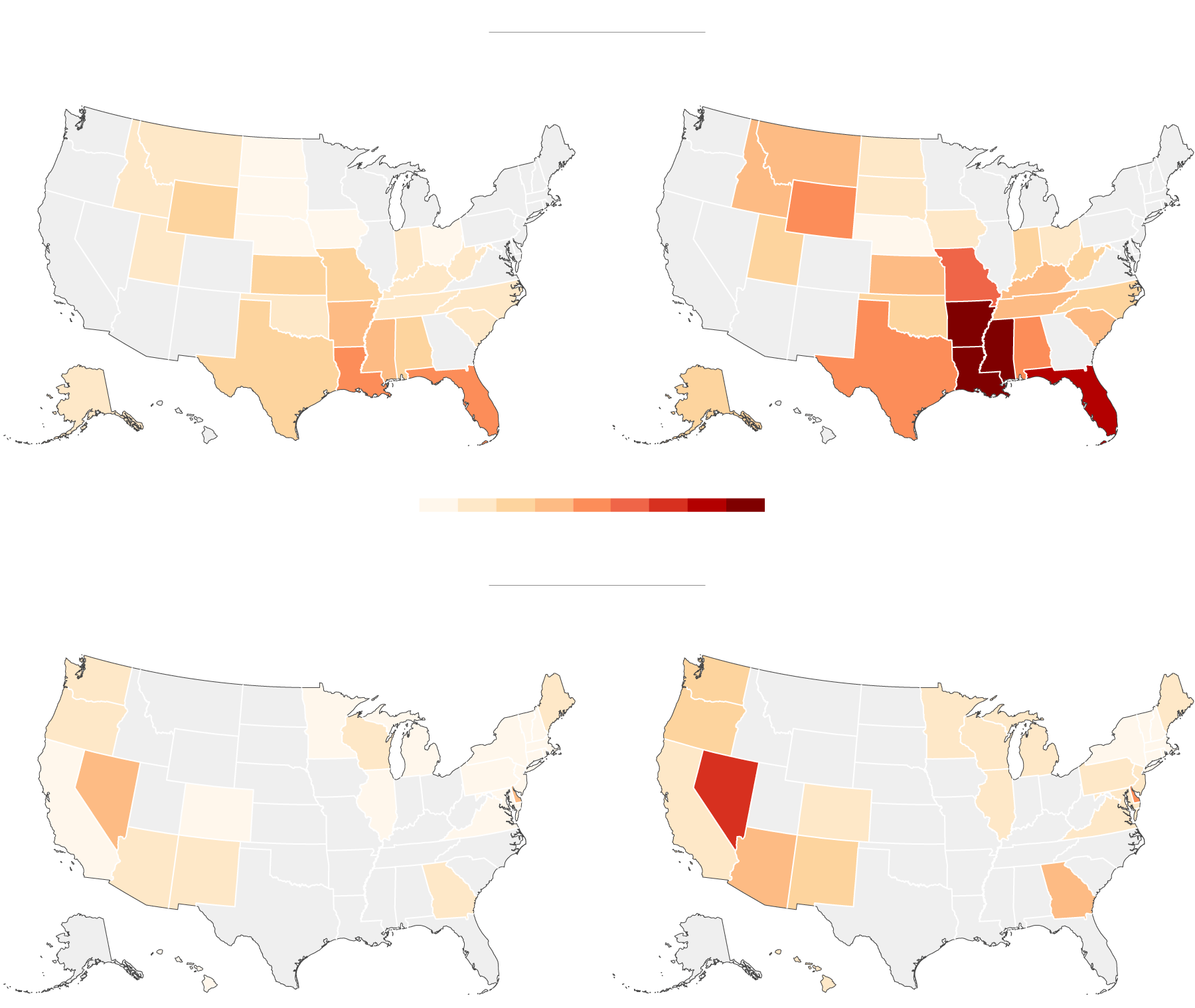 If states got vaccinated

If states got vaccinated

This is a tragedy, because the vaccines are a miraculous achievement, and they are not partisan. They were created with leadership and investments from American companies, developed under a Republican president and distributed under a Democratic one. Scientists have shattered all medical expectations for how quickly they could develop a vaccine, and how well it would work, only to collide with public skepticism and, at times, inadequate infrastructure for delivering vaccines. It is imperative that those who can change the minds of the unvaccinated continue to speak up, including Republican leaders, doctors, community leaders and former vaccine skeptics. Where persuasion fails, political and business leaders should consider other methods like imposing mandates, which work. President Biden’s new vaccine policy represents a significant step in this direction. There is no excuse for silence or hesitation in this race against time.“