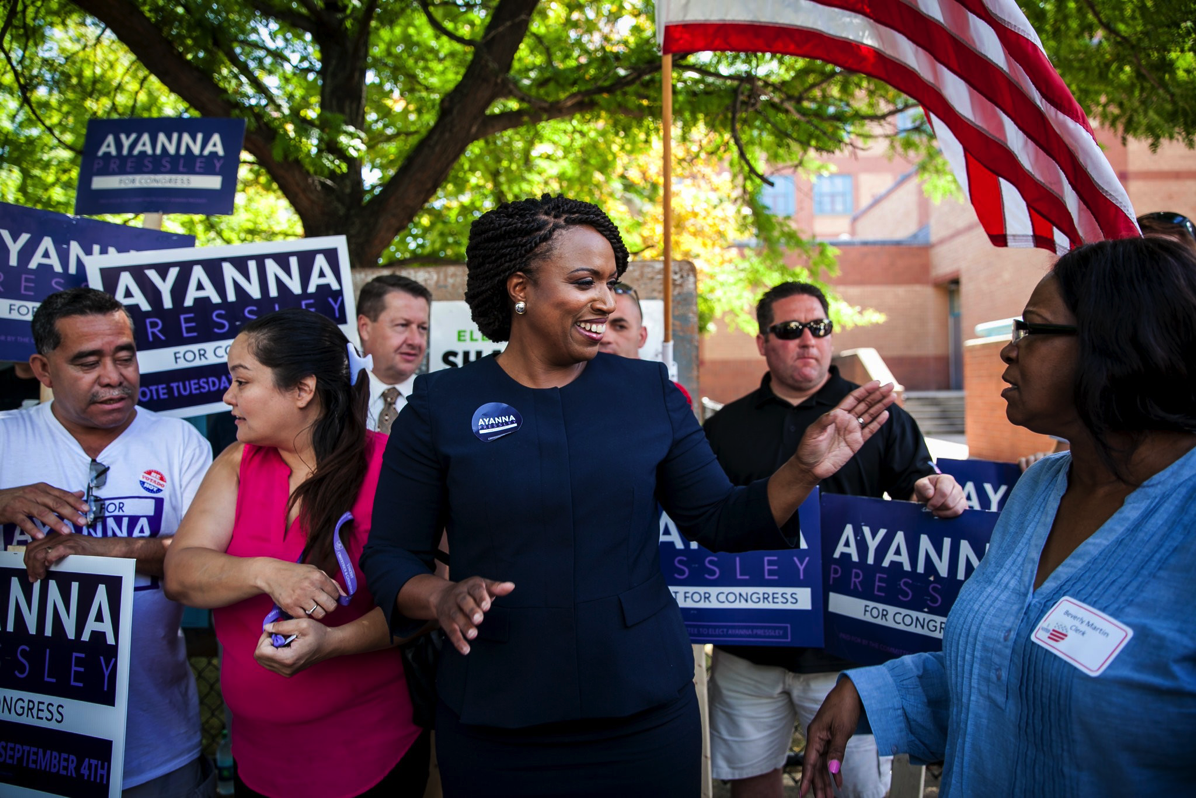 "BOSTON — Ayanna Pressley upended the Massachusetts political order on Tuesday, scoring a stunning upset of 10-term Representative Michael Capuano, who conceded to her in a Democratic primary that few said she could win.

Ms. Pressley, 44, is now poised to become the first African-American in the state to be elected to the House of Representatives. There is no Republican on the November ballot in this storied Boston-based district, which was once represented by John F. Kennedy and is one of the most left leaning in the country.

In brief comments with barely 13 percent of the vote counted, Mr. Capuano said: ‘I’m sorry it didn’t work out, but this is life, and this is O.K. America’s going to be O.K. Ayanna Pressley is going to be a good congresswoman, and I will tell you that Massachusetts will be well served.’

Ms. Pressley’s bid was in sync with a restless political climate that has fueled victories for underdogs, women and minorities elsewhere this election season, and it delivered another stark message to the Democratic establishment that newcomers on the insurgent left were unwilling to wait their turn. Ms. Pressley propelled her candidacy with urgency, arguing that in the age of Trump, ‘change can’t wait.’ Her victory carried echoes of the surprise win in June by Alexandria Ocasio-Cortez, who trounced a longtime incumbent, Joseph Crowley, in New York.

‘This is a big wake-up call to any incumbent on the ballot in November,’ said Mary Anne Marsh, a Boston-based Democratic strategist. ‘We’ve been in a change election cycle for years. But Trump may have opened the door for all these young candidates, women, people of color, because voters want the antithesis of him.’

Ms. Pressley, who in 2009 became the first black woman elected to the Boston City Council, overcame a powerful lineup of the Massachusetts political establishment. Mr. Capuano, 66, who has held the seat for 20 years, was endorsed by almost every major political figure, including Boston Mayor Martin J. Walsh, who deployed his extensive political machine on Tuesday on Mr. Capuano’s behalf."