Opinion | Search Your Souls (What’s Left of Them), Republicans - The New York Times 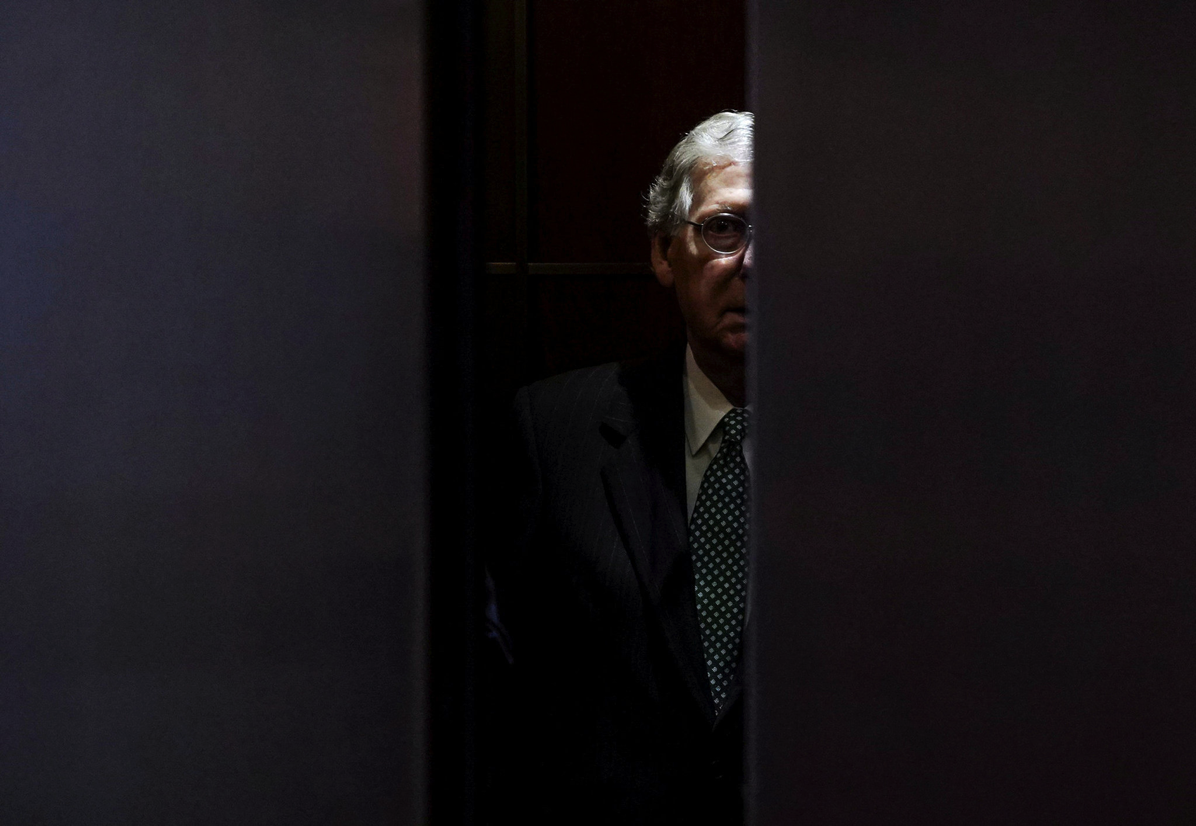 "How many people from Donald Trump’s campaign and inner circle have to confess to crimes or be convicted of them before it is clear to everyone — Republicans especially — that the campaign was guided by criminals, if not was a criminal enterprise itself?

Tuesday’s conviction of former campaign chairman Paul Manafort and guilty plea by the president’s former lawyer Michael Cohen provided the utmost amplification of this reality. But it was Cohen’s implication of Trump in a felonious conspiracy to violate campaign finance laws that kicks the national crisis through which we are suffering up another level.
This accusation cries out for a congressional inquiry, and not the sham, partisan, joke investigation that the Republican-led House Intelligence Committee conducted into Russian meddling. We need to know if the president broke the law and did so for his own benefit to influence the election.

But that would require some sense of courage and patriotism among Republicans in Congress, and those qualities have been severely lacking.

They sat quiet for so long — refusing to stand up to this president — that they allowed his narrative to subsume their party. He unleashed among Republicans the ugliness that mainstream Republicans always knew was there — indeed, they exploited it — but always thought they were smart enough and strong enough to control.

Now, Republicanism is Trumpism, with no daylight between them. Traditional Republicans are now afraid to stand on principle because they do so at great peril of being drummed out of politics. The voters are now Trump’s noxious base, ergo Trump holds each of their fates in his hands.

Viewed that way, Trump’s base itself becomes the enemy of the Republic. It is its enthusiasm for Trump that is the greatest impediment to a genuine search for truth and an honoring of it.

Every time Trump’s followers turn a blind eye to his corruption, dishonesty or hatred, they say to the Republicans they sent to Washington, “If you are my representative, you will follow my lead and promote my desires.”
In effect, that means that if the base loves Trump, the base’s senators and congressmen and women are obligated to also love Trump — or at least fake it.

These mainstream Republican politicians seem to be making a different calculation: Trump will be gone soon, and as long as he doesn’t literally destroy the country, they will be able to wrestle back a post-Trump party and restore things to some sense of normalcy.

But I have a message for these Republicans: The party you romanticize in your heads, the one that exists in exile waiting to one day make its valorous return, is gone, gobbled up by the beastly base.

Mainstream Republicanism is an artifact of another age, its adherent now skirting the margins, homeless, looking on from the other sides of burning bridges.

Republicans in Congress, those of you who know full well that Trump is aberrant and dangerous, you have a very real choice to make here, one that is more about history than today’s Republican hysteria.

It can’t be pleasant to fall on a sword, but that is now the only honorable way out for these Republicans and, by extension, for the rest of us.

For many, their entire life’s work has led them to the halls of Congress. Their political lives and their personal lives are indistinguishable. They are political creatures. They can’t imagine their lives apart from the offices they hold.

But in a life there often comes a moment when life asks of you the ultimate ask. And it is only through submitting to what is right, even if at great cost, that the rest of one’s life can be judged as respectable.

This is one of those moments for Republicans. In this moment they have to separate career goals and personal ambitions for the high requirement to properly serve the country and protect its Constitution.

Up to this point, these Republicans have failed miserably. In a few months, many will likely be shown the door in the midterms. Democrats will likely take control of the House and thus will likely conduct investigations. But Republicans now have a window to stand up before they are voted down — to say to history that they may have failed so far, but they came around in the end.

They have this moment to snatch a bit of honor from the ashes of what was their party. Republicans, won’t you seize this moment?

Opinion | Search Your Souls (What’s Left of Them), Republicans - The New York Times: ""