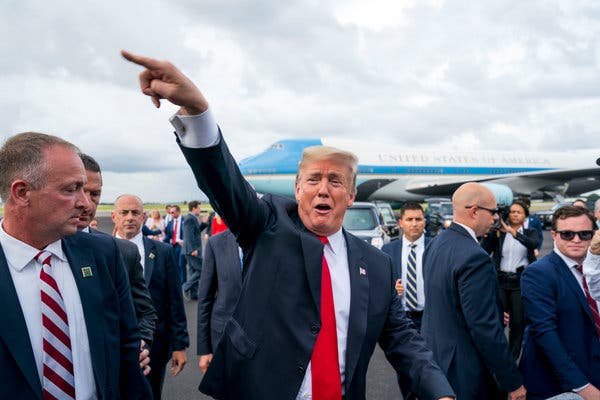 "It is simply not healthy for the country to have a president stuck perpetually in attack mode, fighting enemies real and imagined, pushing a toxic agenda that mixes the exaltation of grievance and the grinding of axes.

At these moments, the preacher and the pious share a spiritual moment of darkness.

Such was the case again this week at a Trump rally in Florida, at which his supporters aggressively heckled and harassed the free press that Trump incessantly brands with the false descriptor of “fake news.”

In fact, there is no such thing as fake news. If something isn’t true, it isn’t news. Opinions, like mine here, are also not news, even if printed in a newspaper or broadcast by a news station. There may be news in such opinions, but the vehicle is by definition subjective and a reflection of the writer’s or speaker’s worldview.

This “fake news” nonsense isn’t really about the dissemination of false information. If it were, the administration could demand a correction and would receive one from any reputable news outlet.

No, Trump has made a perversion of the word “fake,” particularly among his most ardent supporters, so that it has come to mean news stories he doesn’t like, commentary that is unflattering to him and inadequate coverage of what he views as positive news about him and his administration.

He gets it from his friends at Fox News, but that isn’t enough. This wannabe authoritarian needs two scoops. So he uses the power of the presidency to produce his own propaganda, to invent facts and twist news.

They believe that America was founded as a white, Christian nation and should be governed as one. They pine over lost culture and lost heritage. They rage against blossoming minority groups and immigrants."