With three months left in medical school, her career may be slipping away. - The Washington Post 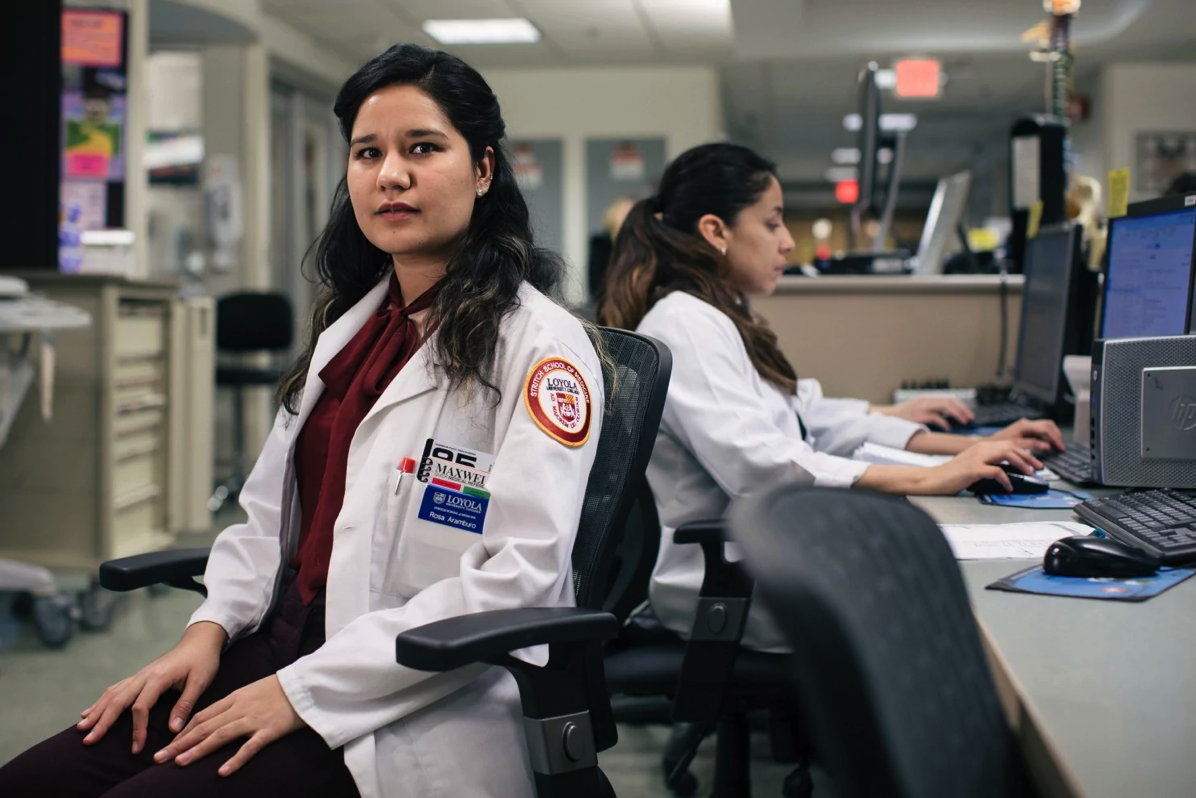 Rosa Aramburo, a fourth-year student who intends to practice obstetrics and gynecology, is on a rotation in a neurology intensive-care unit while studying at Loyola University Chicago's Stritch School of Medicine. (Alyssa Schukar/for The Washington Post)

"Employers and universities that have embraced DACA recipients over the past six years are scrambling for a way to preserve the program. They are lobbying a deeply divided Congress, covering fees for employees and students to renew their permits, and searching for other legal options — perhaps a work visa or residency through spouses or relatives who are citizens. Some companies have considered sending employees abroad.
They are also awaiting the outcome of a court challenge to the Trump administration’s decision to end the Deferred Action for Childhood Arrivals program, which has granted the young recipients a temporary reprieve and allowed them to continue renewing work permits for the time being. The Supreme Court could decide as soon as Friday whether to intervene in the case.

Nationwide, more than 160 DACA recipients are teaching in low-income schools through Teach For America. Thirty-nine work at Microsoft, 250 at Apple and 84 at Starbucks. To employers, the young immigrants are skilled workers who speak multiple languages and often are outsize achievers. Polls show strong American support for allowing them to stay."

With three months left in medical school, her career may be slipping away. - The Washington Post