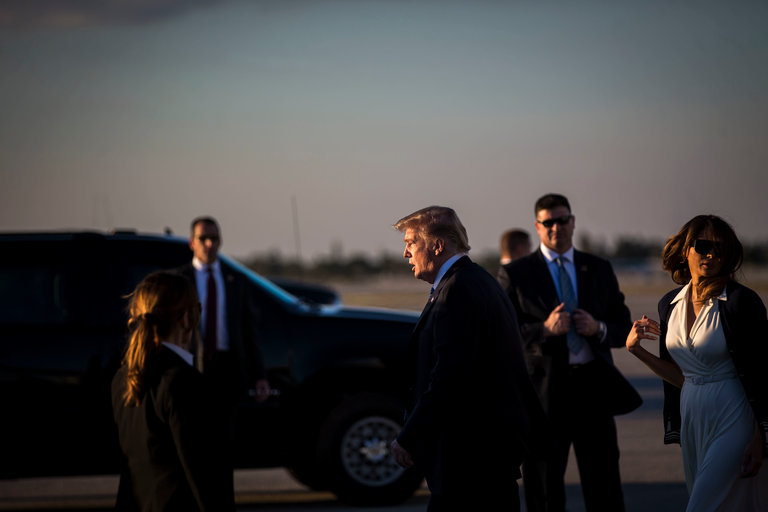 "WASHINGTON — After more than a dozen Russians and three companies were indicted on Friday for interfering in the 2016 elections, President Trump’s first reaction was to claim personal vindication: “The Trump campaign did nothing wrong — no collusion!” he wrote on Twitter.

He voiced no concern that a foreign power had been trying for nearly four years to upend American democracy, much less resolve to stop it from continuing to do so this year.

The indictment secured by the special counsel, Robert S. Mueller III, underscored the broader conclusion by the American government that Russia is engaged in a virtual war against the United States through 21st-century tools of disinformation and propaganda, a conclusion shared by the president’s own senior advisers and intelligence chiefs. But it is a war being fought on the American side without a commander in chief.

In 13 months in office, Mr. Trump has made little if any public effort to rally the nation to confront Moscow for its intrusion or to defend democratic institutions against continued disruption. His administration has at times called out Russia or taken action, and even Mr. Trump’s national security adviser, speaking in Germany on Saturday, called evidence of Russian meddling “incontrovertible.” But the administration has been left to respond without the president’s leadership..."

Trump’s Conspicuous Silence Leaves a Struggle Against Russia Without a Leader - The New York Times
Posted by John H Armwood II at 9:07 AM