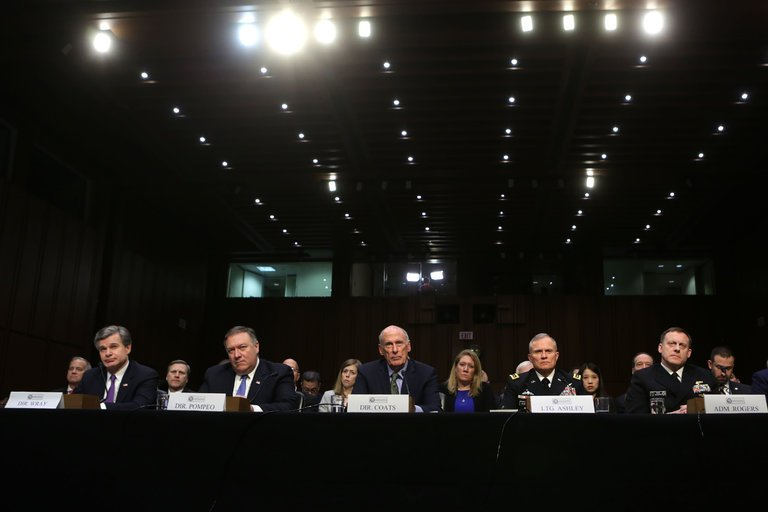 "WASHINGTON — Russia is already meddling in the midterm elections this year, the top American intelligence officials said on Tuesday, warning that Moscow is using a digital strategy to worsen the country’s political and social divisions.

Russia is using fake accounts on social media — many of them bots — to spread disinformation, the officials said. European elections are being targeted, too, and the attacks were not likely to end this year, they warned.

“We expect Russia to continue using propaganda, social media, false-flag personas, sympathetic spokespeople and other means of influence to try to exacerbate social and political fissures in the United States,” Dan Coats, the director of national intelligence, told the Senate Intelligence Committee at its annual hearing on worldwide threats.

Mr. Coats and the other intelligence chiefs laid out a pair of central challenges for the United States: contending with the flow of Russian misinformation and shoring up the defenses of electoral systems, which are run by individual states and were seen as highly vulnerable in 2016...