Why Georgia Isn’t Ready to Reopen, in Charts

Why Georgia Isn’t Ready to Reopen, in Charts

By Nathaniel Lash and Gus WezerekApril 24, 2020

On Tuesday, Gov. Brian Kemp of Georgia announced plans to begin reopening businesses across his state. By Monday, restaurants, gyms, movie theaters and hair salons will have permission to welcome the public back inside.

Members of Governor Kemp’s own coronavirus task force were surprised by the announcement. Mayors advised constituents to stay home despite the lifting of restrictions. Even President Trump, an ally of the Republican governor, said the state’s rollback is “just too soon.”

An analysis of Georgia’s infection rates, testing and underlying health risks shows why it’s singularly unwise for the state to reopen. Doing so risks a spike in infections just as the virus could be peaking.

Georgia has one of the lowest testing rates in the nation

Less than 1 percent of Georgians have been tested, compared to almost 4 percent of residents in New York and Louisiana.

In addition to increasing the availability of testing, Massachusetts, Utah and North Dakota have announced plans to notify anyone who has been in contact with an infected person, a practice known as contact tracing. South Korea has used contact tracing as a large part of its containment strategy.

“You want to find asymptomatic carriers because they can spread the illness around. You can’t get those people without testing and contact tracing,” said Dr. Ezekiel J. Emanuel, chair of the Department of Medical Ethics and Health Policy at the University of Pennsylvania. “Georgia doesn’t have that infrastructure.”

The number of new cases each day is increasing

White House guidelines recommend that state officials wait for a “downward trajectory” over 14 days in either the number of new cases or the share of all tests for the virus that come back positive before they lift business restrictions.

Georgia fails the first test. The number of new cases that its health department has announced each day has trended up over the past two weeks. 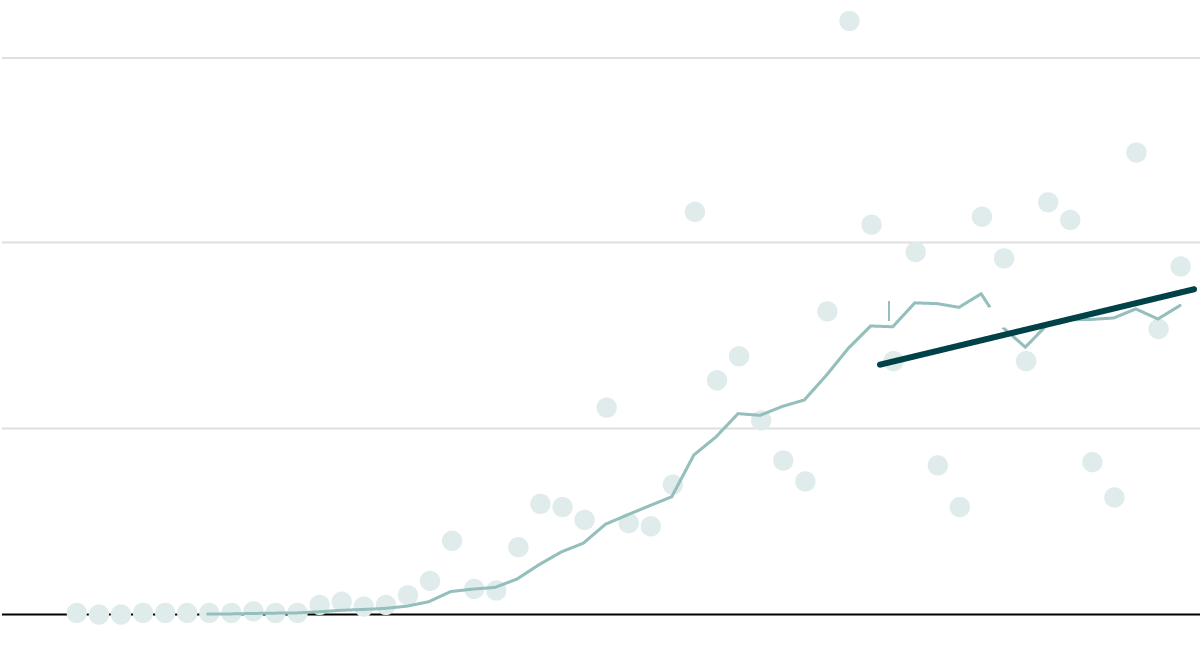 On the testing side, Georgia has seen a drop in the share of tests coming back positive. The rate has fallen from a seven-day average of 29 percent two weeks ago to 19 percent on Wednesday. That’s good: Having a higher share of negative tests indicates a broader effort to reach people with any Covid-19 symptoms — regardless of whether they’re infected.

But reopening Georgia based on that sliver of good news highlights a fundamental flaw in President Trump’s recommendations: They’re all relative. Georgia’s 19 percent positive rate was still the eighth-highest in the nation.

“In medicine, we don’t say your blood sugar should be declining,” said Dr. Emanuel. “We say you should have blood sugar in the normal range. You might be declining for a certain amount of time, but you’re still way high.”

Dr. Emanuel argued that an absolute target, along the lines of 20 new daily cases for every million residents, would be more useful. Over the past week, Georgia has had an average daily rate of 74 new cases per million residents.

Georgia’s population could be especially vulnerable

“Our state is fragmented by access to health care,” said Dr. Mohammed K. Ali, a professor of epidemiology at Emory University in Atlanta. “The rollback could lead to some pockets with extremely low infection rates and others where the virus spreads like wildfire.”

About 16 percent of Georgians are uninsured, the fourth-highest rate in the nation 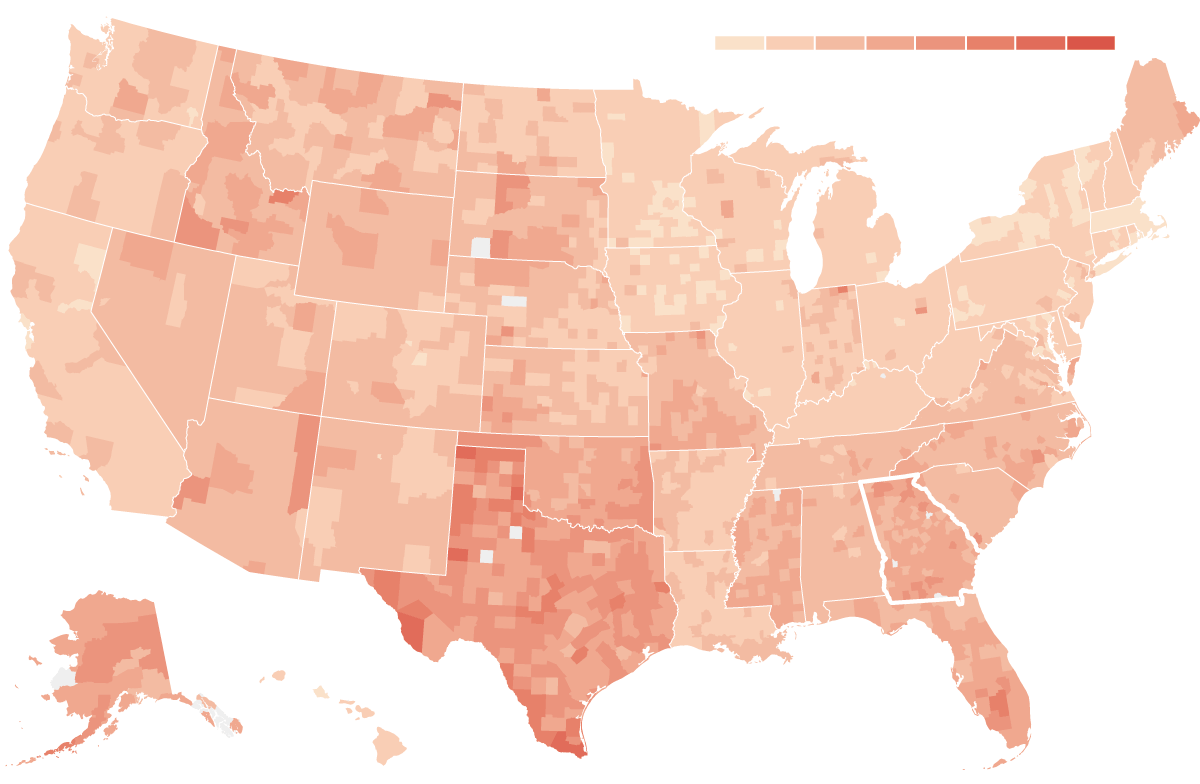 Georgia looks like a giant hotspot on maps of all three of those conditions, with communities in the southern part of the state showing especially high incidence rates. The state ranks 19th in share of adults with lung disease and 15th in heart disease.

About 13 percent of Georgians have diabetes, a Covid-19 risk factor 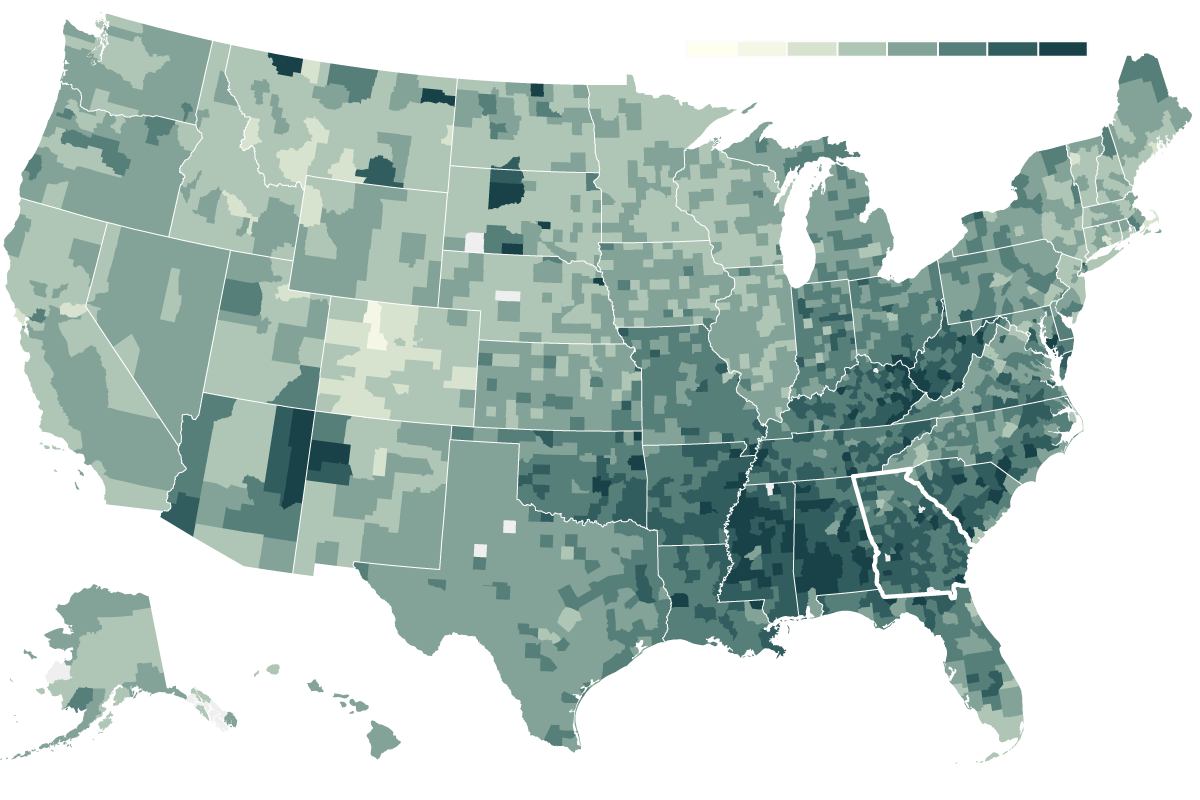 Dr. Ali also said he was worried about “race hotspots.” In cities that are collecting data on the race of hospitalized Covid-19 patients, black and Hispanic patients appear to make up a disproportionate share of hospitalized and dying patients.

Early data at Emory University Hospital “has shown that African-Americans have been particularly hard-hit,” said Dr. Ali. “The rollback could lead to a deepening of health disparities in the state’s south.”

Georgia has experienced at least one ‘super-spreader’ event

Governor Kemp’s rush to reopen is especially puzzling given that Georgia was one of the first states to witness the speed and violence of the coronavirus. On Feb. 29, hundreds of people gathered in the city of Albany to remember Andrew Jerome Mitchell, a retired janitor. In the following weeks, it became clear that someone at the funeral had been a carrier of coronavirus. Entire families fell ill, marking the beginning of one of the country’s first “super-spreader” events.

In some of the counties surrounding Albany, almost as many people have died from coronavirus since mid-March as died from heart disease, cancer and all other causes combined over the same period in 2018. 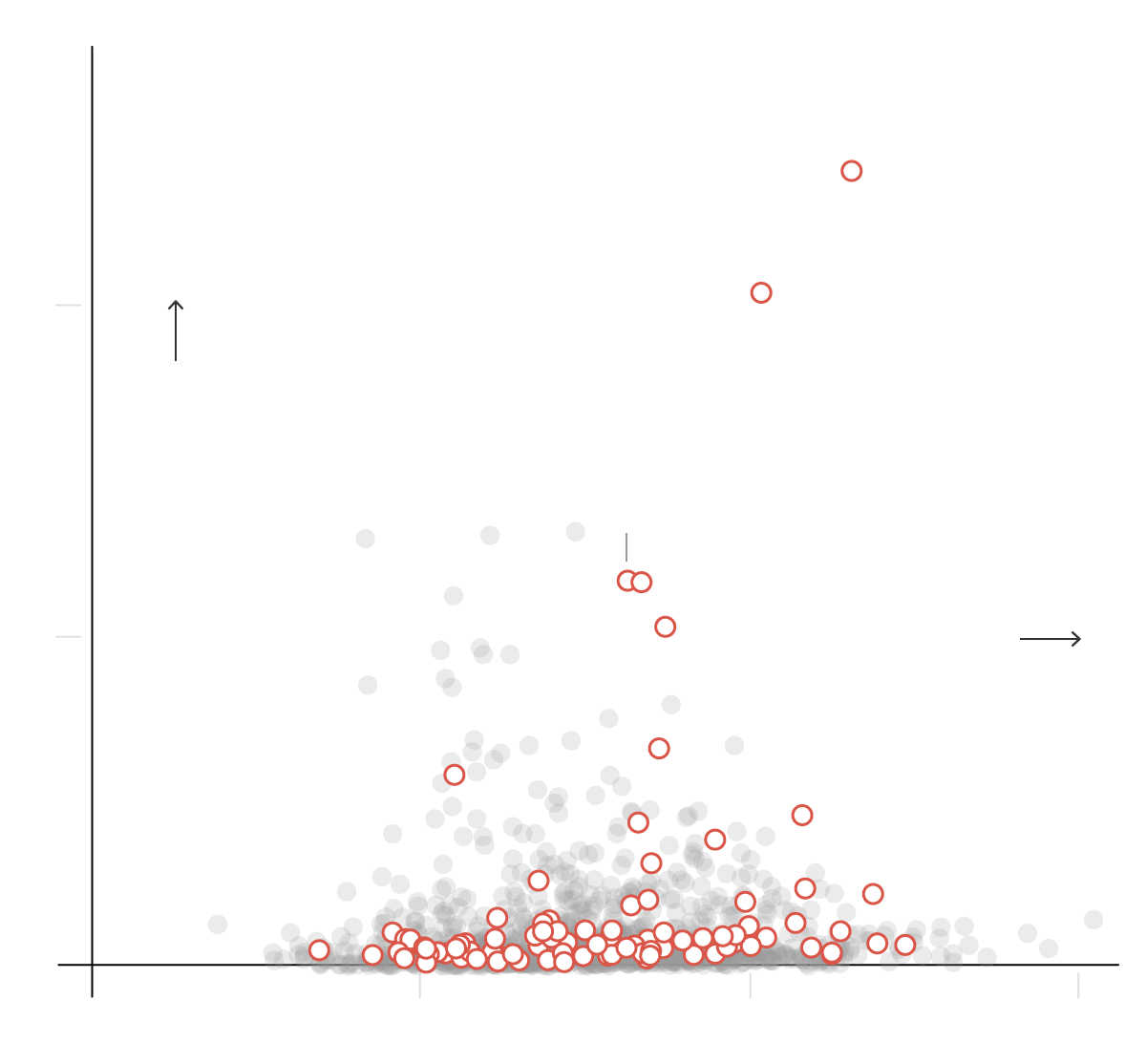 Terrell, Randolph and Dougherty counties in Georgia were ravaged by an early spread of Covid-19

Note: Deaths in New York City counties are grouped together. Includes all Covid-19 deaths recorded as of April 22. Previous deaths were estimated from March 1 to April 22, using a fraction of the monthly total recorded in April.·Source: Centers for Disease Control and Prevention

The governor faces mounting pressure to let Georgia’s residents return to their jobs. The state has the fourth-highest share of workers receiving unemployment benefits. But the explosion of cases around Albany is a reminder of how dangerous public gatherings remain. And appropriate social distancing seems impossible to maintain in some of the Georgia businesses Mr. Kemp has given the green light to, such as barber shops, nail salons and tattoo parlors.

Nathaniel Lash and Gus Wezerek are graphics editors for the Opinion section.