The massive crowd had gathered in Queens because Ocasio-Cortez had endorsed Bernie Sanders for president. The Sanders campaign had bet on the so-called “AOC effect” buoying his candidacy, and Ocasio-Cortez’s political clout was on full display that afternoon. But the real evidence that the “AOC effect” will deliver returns for Democrats and progressives in coming years is not in Sanders’ resilience but in the power of local progressives like Cabán, who are changing expectations about what is possible in their cities and states nationwide.It goes without saying that Ocasio-Cortez is both a catalyst and result of the left’s invigoration since 2016. Nationwide, many other primary challengers have attempted to unseat Democratic incumbents they say are milquetoast or bought off by corporate donors. Unlike Ocasio-Cortez, many have lost their primary bids. If we think short-term, those candidates failed.”Earlier this month, Tiffany Cabán stood on a stage in Queensbridge Park, New York City, and told roughly 26,000 Bernie Sanders supporters that Alexandria Ocasio-Cortez had inspired her to run for office. This year, Cabán, a 31-year-old public defender, ran in the Democratic primary for Queens district attorney on a platform calling for serious criminal justice reform. Cabán lost by the slimmest of margins, 60 votes, to the Queens borough president, Melissa Katz, the favorite of the Queens political machine and its real-estate developer patrons. 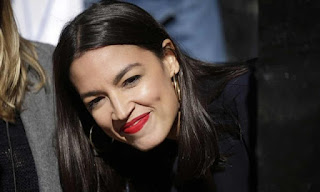 But if we think long-term, those progressive challengers have paved the way for future wins. Dozens of progressive challengers have already filed to run against Democratic congressional incumbents in 2020. Many more are challenging incumbents at the city and state level. It is too soon to say how those challengers will fare, or what effect they will have on Democrats’ chances of regaining power in the immediate term. But the long-term success of the Democratic party, the progressive movement and the nation will only be sharpened by primary challengers who stake out a moral ground and speak plainly about how much we have to lose if we don’t repair our corrupt political system.
For years, Democratic party officials and candidates across the country have relied on corporate patrons such as energy companies. As a result, many Democratic incumbents, along with their Republican colleagues, have obliged their donors and stymied legislative action on problems such as climate change. Progressive challengers are making sure that nobody takes that for granted any more.
Take the candidacy of Yasmine Taeb in Virginia. This year, in the Democratic primary, Taeb ran against Dick Saslaw, who has represented Virginia’s 35th district in the state senate since 1980 and hadn’t faced a primary challenger since that first race. Saslaw, the state senate minority leader, has received at least $363,000 in donations from the state’s largest utility energy company and a major political donor, Dominion Energy. Taeb made Saslaw’s cozy relationship with Dominion a central theme of her campaign.
Saslaw eked out a win with 48.6% of the primary votes. But Taeb helped achieve something important: last month, the Virginia Democratic party announced that it would no longer accept donations from energy utilities like Dominion.
The change did not come from Taeb’s candidacy alone. Like Ocasio-Cortez, Taeb was one person working within a movement. For years now, activist groups like Activate Virginia have been agitating to get Dominion money out of politics. Tom Perriello made the issue central to his own 2017 primary bid for governor. Countless people working untold hours across the state helped wrest the Democratic party’s priorities from its corporate donors.

In another example, last year, the Florida Democratic party decided to stop accepting funding from private prison companies. Those companies, like Geo Group, which has received multiple federal prison contracts expected to reap profits of at least $664m, have donated large sums to the American Legislative Exchange Council (Alec), which pushes anti-immigrant legislation that makes it easier for Ice to arrest people, and fill their prisons, increasing their profits. A former executive director of the Florida Democratic party now works for the lobbying firm Ballard Partners, run by Trump’s top 2016 fundraiser, whose recent clients include Geo Group, an energy company that is a major Republican donor, and the government of Turkey. That the current iteration of the Florida Democratic party finally took a strong stance against private prisons because of local party activists’ demands represents a sea change.
Demands for politicians to sever ties with corporations are more popular among Americans than the Democratic party had long assumed. For years, prevailing Democratic strategists believed that they could strike a balance between the competing factions of their base and also appeal to swing voters by offering candidates perceived as centrist, as if the party could offer a median political figure that everyone would like.
But political science research has found that there’s less of a “mushy middle” in American politics; rather there are lots of people for whom neither of the parties’ platforms is satisfying because they simultaneously hold far-right and far-left views. One 2017 study by the Voter Study Group found that only 26.5% of the 2016 electorate held right-of-center views on economic policy. In addition, roughly two-thirds of Americans across the political spectrum say they want major political donors to have less influence. That means that progressives’ rallying cries about the corrosive effects of money in politics are less divisive than received wisdom would have us believe.
If Americans don’t want political parties or candidates for office to be reliant on mega-donors, they need to know that just voting will not be enough. Ocasio-Cortez’s meteoric rise was the result of the hard work and commitment of people in the Bronx and Queens, and national strategists from groups like Justice Democrats and Brand New Congress.
While national pundits will spend the next few weeks trying to decide whether “the AOC effect” will be enough to catapult Sanders’ presidential candidacy, organizers and volunteers across the country are using Ocasio-Cortez’s example – and the example of their local candidates – as evidence that it is not naive or deluded to think that candidates can win through concentrated organizing, while advocating for policies that prioritize people over corporate donors and political machines.”The 'AOC effect' is real – and it's helping wean the Democrats off corporate donors
Posted by John H Armwood II at 4:58 AM