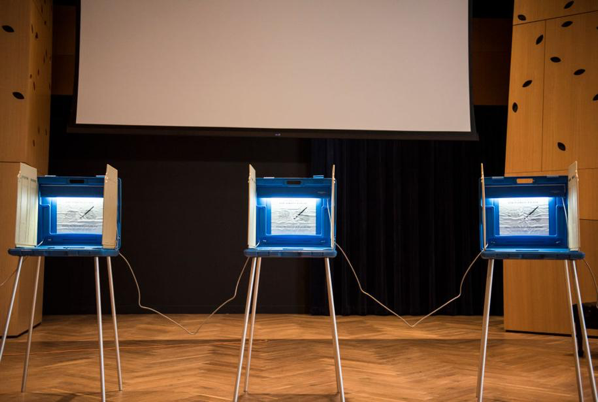 "Some DeKalb County residents opting to vote in person instead of submitting an absentee ballot were told they had already voted when they arrived at the polls Tuesday.

Others reported never receiving their absentee ballots at all despite applying for them well ahead of Election Day.

DeKalb County spokesman Andrew Cauthen said in some cases, voters requested an absentee ballot but did not send it in and decided to vote in person.But when they got to their precinct, the system showed that the person already voted since the absentee ballot was requested.

“It’s not an abnormal process,” Cauthen told The Atlanta Journal-Constitution.

In cases such as this, a poll worker is instructed to call the DeKalb elections office to verify if a ballot has been cast or not. If not, then the voter will be allowed to vote after signing an affidavit saying they will not submit the absentee ballot once they receive it. Cauthen said this prevents the person from voting twice.

Eriss Donaldson started her Tuesday at Flat Rock Elementary School in Lithonia and ended it in the nation's capital after a 10-hour drive.

The 21-year-old junior at Georgetown University said she tried to vote absentee, but felt the process failed her; that absentee ballot never got to her. So she decided to drive down and make sure her vote was counted.

She said she requested an absentee ballot on Oct. 5. When it didn’t arrive, Donaldson said the advice given to her by DeKalb County officials was to come vote in person.

“I requested absentee for a reason,” she said.

Even when she got to the school at 6:50 a.m., her voter profile said she'd already voted when she hadn't, so she was forced to vote with a provisional ballot.

“Hopefully it all works out,” she said. “It’s been a lot of effort trying to vote."

Her professors in the classes she missed — elements of political theory, religious ethics and moralities issues, human rights, history of the working lives — understood.

Despite the issue, Cauthen said no one has been unable to vote in the county.

“All issues to my knowledge have been resolved on site,” he said.