Opinion | Trump’s Callous Use of Kanye - The New York Times 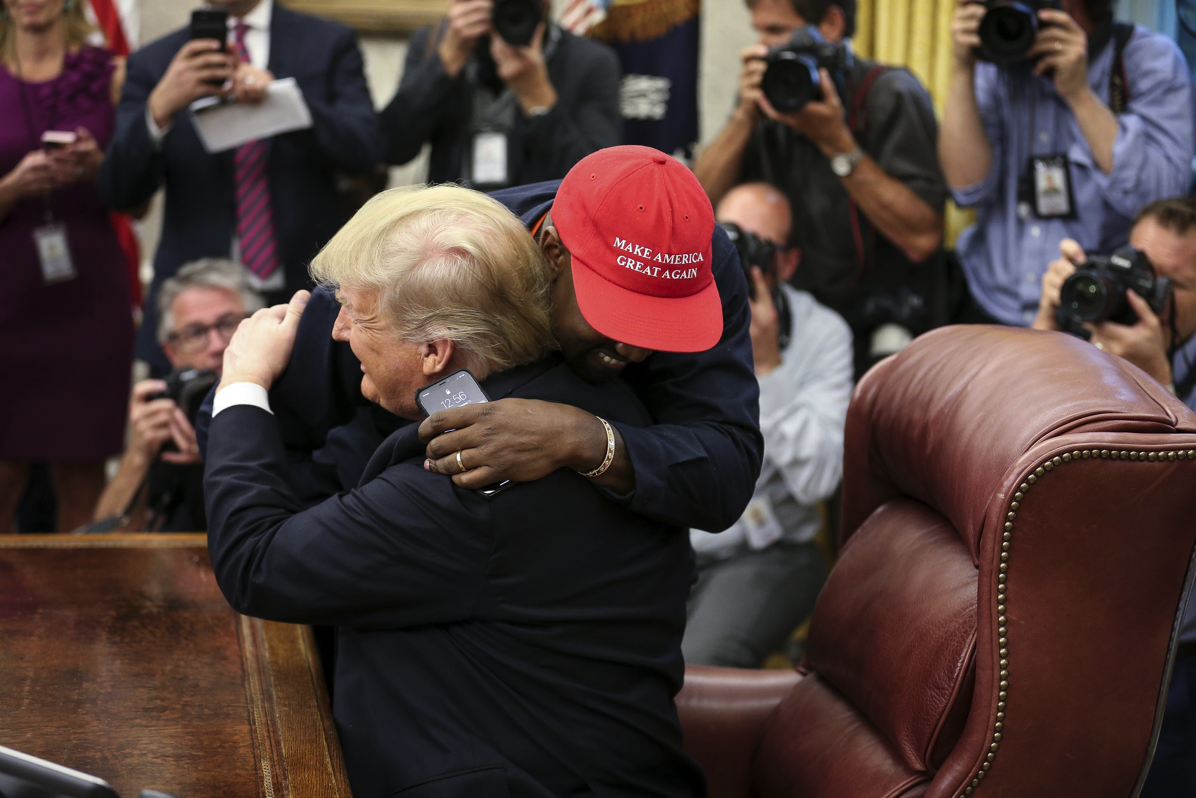 "Trump never cared about criminal justice reform
Yes, last week Kanye West went to the White House and Kanyed.
The troubled rapper and Donald Trump supporter, who was invited to the White House supposedly to discuss heady, important subjects like sentencing reform, was put on display by Trump, who invited the press pool into the Oval Office to bear witness to a rambling, incoherent, cry-for-help rant from the rapper.
It was all just as sad and tragic as one might have imagined. But, for me, too much of the focus afterward was placed on Kanye’s spectacle and not nearly enough on the callous way Trump tried to use and exploit that moment, and the degree to which we have every right to be incredulous about Trump’s manufactured concern for the criminal justice system’s propensity to chew up black lives and destroy them.
In advance of the meeting, Trump called in to the White House propaganda network, and spoke with his daft pep squad on “Fox and Friends,” explaining:
“There are people in jail for really long terms, who have, like Mrs. Johnson as example. She had another 22 years to serve. She was in there for 20 years. She’s the most incredible woman. How this would have happened, and maybe it was a different time, a different age, but we do need reform. And, that doesn’t mean easy. We’re going to make certain categories tougher when it comes to drug dealing and other things. But there has to be a reform because it’s very unfair right now. It’s very unfair to African-Americans. It’s very unfair to everybody.”
He was referring to his granting of clemency to Alice Marie Johnson, a 63-year-old black woman who has been “locked up in federal prison in Alabama since 1996 on charges related to cocaine distribution and money laundering,” as The New York Times reported. Trump did so at the pleading of Kim Kardashian West, Kanye’s wife.
But it is disingenuous for Trump to claim he doesn’t know the criminal justice system mistreats and over-penalizes black people for drug crimes. This happens specifically because of an overzealous lust for punishment, the kind that Trump himself has long harbored and is now implementing.
This is the same man who in March proposed sentencing some drug dealers to death. And, as CNN reported, Attorney General Jeff Sessions “later backed up his boss with a pledge to ‘seek the death penalty wherever appropriate.’”
This is the same man who, at a campaign stop in Maine just a few weeks before the 2016 election, praised his vice-presidential nominee, Mike Pence, because he “increased the mandatory minimum sentences for the most serious drug offenders” in Indiana, and Trump suggested, “We must make similar efforts a priority for the nation.”
This is the same man who praised the racially skewed, morally bereft stop-and-frisk policy as having “worked very well in New York.”
It did not work well in New York. In fact, a federal judge found that the way the city used the policy was unconstitutional because of its extreme racial bias.
As I wrote in 2011:
“According to a report in The Times last year, there were a record 580,000 stop-and-frisks in the city in 2009. Most of those stopped (55 percent) were black (a large portion were also Hispanic), most were young and almost all were male. For reference, according to the Census Bureau, there were about only 300,000 black men between the ages of 13 and 34 living in the city that year. A mere 6 percent of the stops resulted in arrests.”
That column continued:
“The Times article revealed that in one eight-block area of an overwhelmingly black neighborhood in Brooklyn, the police made 52,000 stops in just four years, an average of nearly one stop for each resident each year. And many of those arrested are charged with having small amounts of marijuana.”
Read More on Kanye’s Visit to the White House
Stop-and-frisk, designed as a policy to get illegal guns off the street, became a blasphemy as it morphed into a policy that arrested minority men for drugs.
And just last week Trump addressed the International Association of Chiefs of Police Convention and advocated for stop-and-frisk in Chicago:
“I’ve told them to work with local authorities to try to change the terrible deal the city of Chicago entered into with A.C.L.U., which ties law enforcement’s hands; and to strongly consider stop-and-frisk. It works, and it was meant for problems like Chicago. (Applause.) It was meant for it. Stop-and-frisk.”
Never mind that, as Curtis Black of The Chicago Reporter pointed out in 2016: “Chicago tried stop-and-frisk. It didn’t work.”
And this is the same man who, as Vox put it in 2017, spent a lot of time “pushing the kind of ‘tough on crime’ and ‘war on drugs’ policies that lawmakers enacted in response to the crime waves and drug epidemics of the 1960s through 1990s.”
The spectacle wasn’t really Kanye. The spectacle was watching Trump pretend to care about remedying a problem that he is consciously continuing to not only cheer but worsen. Kanye was just being used.
Charles Blow joined The Times in 1994 and became an Opinion columnist in 2008. He is also a television commentator and writes often about politics, social justice and vulnerable communities. @CharlesMBlow • Facebook"
Opinion | Trump’s Callous Use of Kanye - The New York Times
Posted by John H Armwood II at 10:41 AM