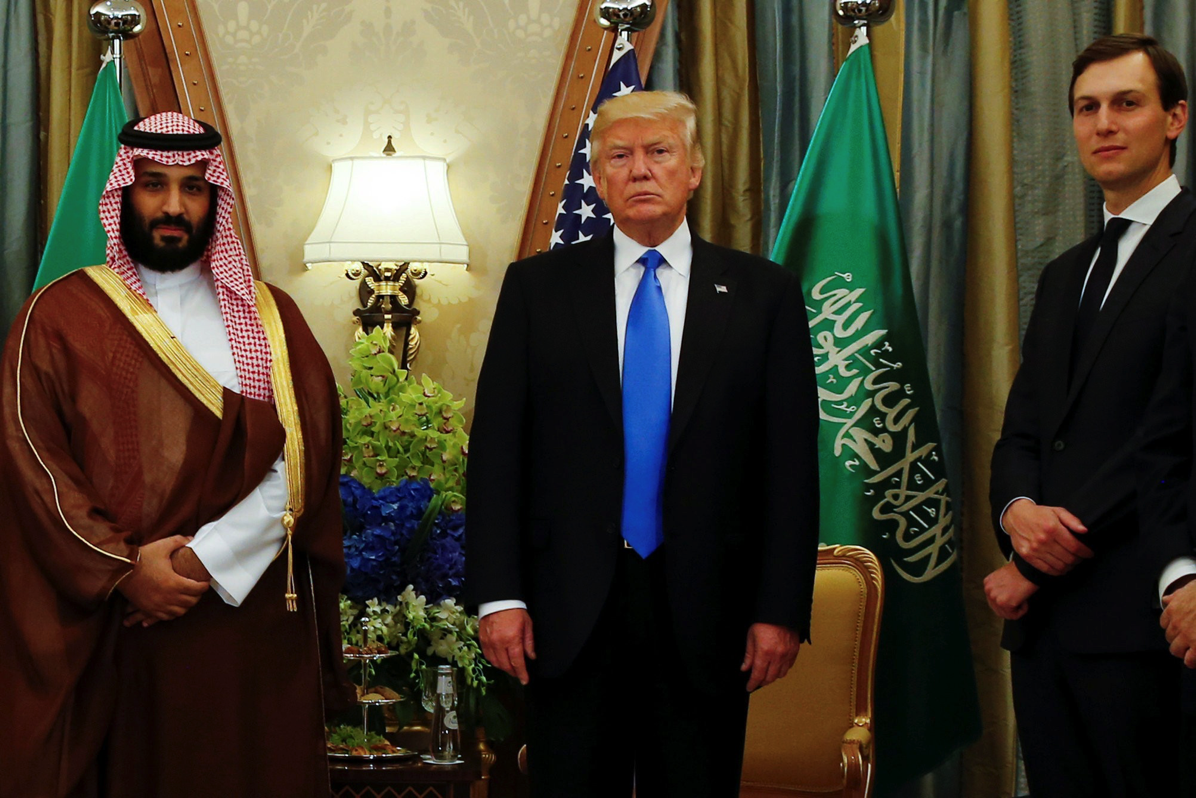 "The question now is not whether the Saudis’ latest explanation for Jamal Khashoggi’s death is credible, but whom do they think they’re fooling. In the autocratic world of Crown Prince Mohammed bin Salman, what common people think is irrelevant; what matters is whether throwing his hit men under the bus is enough to satisfy President Trump.

Mr. Trump has been longing for some way to hang on to his soul mate Prince Mohammed and lucrative Saudi arms deals from day one, and he seemed to breathe a sigh of relief over the story the Saudis concocted after more than two weeks of lies and evasions. It was a “good first step” and a “big step,” Mr. Trump said Friday night. Asked whether he found it credible, he replied, “I do.”

He is in a distinct minority. The Saudi story has been widely dismissed as a pathetic attempt to acknowledge what has become undeniable — that a band of 15 Saudi agents flew in to Istanbul on the day Mr. Khashoggi was expected at the Saudi consulate and killed him there. It also insulates Prince Mohammed, the wielder of real power in Saudi Arabia, from any responsibility.
In this narrative, there went out a general order to round up dissidents living abroad, but somehow it got garbled in transmission, so when the Saudis learned of Mr. Khashoggi’s plans, the deputy director of intelligence, Maj. Gen. Ahmed al-Assiri, dispatched a team to pick him up. According to this version of the tale, Mr. Khashoggi put up a fight and got killed, and a local collaborator was given the body to dispose of, perhaps in pieces and in suitcases.

So now the 15 agents, plus a driver and two consular staff — essentially all the witnesses minus the consul-general, who returned to Saudi Arabia and has not been heard from since — have been arrested, while General Assiri and a close aide to the crown prince, Saud al-Qahtani, and a few other intelligence officials, have been fired. Misdeed acknowledged, culprits punished, crown prince cleared, Mr. Trump satisfied.

Uh-huh. Among the many problems with this story is that nobody will seriously accept that a mild, 60-year-old journalist put up such a fight that he had to be killed, and it does not explain why one of the agents sent to Istanbul was carrying a bone saw, or why the Turks said they had evidence that Mr. Khashoggi was tortured and dismembered. Nor does it explain why it took the Saudis more than two weeks to acknowledge even that Mr. Khashoggi was dead.

And even in this narrative, why was Mr. Khashoggi deemed so great a threat that the Saudi security apparatus tried to kidnap him, even if the goal was not to kill him? A well-connected Saudi journalist, he had fled into self-imposed exile in the United States when Prince Mohammed began rounding up critics at home and frequently criticized the prince in his Washington Post columns. That is a deadly threat?

But then the only thing we are asked to believe in this yarn is that Prince Mohammed, the reformer who allowed women to drive, would never condone such violence. No, not the royal strongman who imprisoned many of his cousins to shake them down, kidnapped Lebanon’s prime minister, started a disastrous war in Yemen, broke relations with Canada over a critical tweet, rounded up critics, sentenced a blogger to 1,000 lashes and much more.

Mr. Trump is deluded if he really believes the Saudi cover-up can end the matter. The president seemed to acknowledge a few days ago that the Khashoggi murder is “bad, bad stuff,” but he seems reluctant to understand that so is his (and his son-in-law Jared Kushner’s) buddy the crown prince.

Nothing more honest can be expected from Saudi Arabia. If America’s leadership in the world is to retain any credibility, the president must demand a United Nations-backed investigation by respected and independent officials, and he must ask Turkey to provide its tapes and other evidence. He should suspend weapons sales to Saudi Arabia and ask NATO allies to do the same. And, what may be most salutary, he should signal to members of the House of Saud that he believes what so many of them believe, that Mohammed bin Salman has become toxic.

Finally Mr. Trump must ensure that the remains of his American neighbor, an honest Saudi journalist who suffered a barbarous end for simply speaking truth to power, be returned to his family.