Comey Cited as ‘Insubordinate,’ but Report Finds No Bias in F.B.I. Decision to Clear Clinton - The New York Times 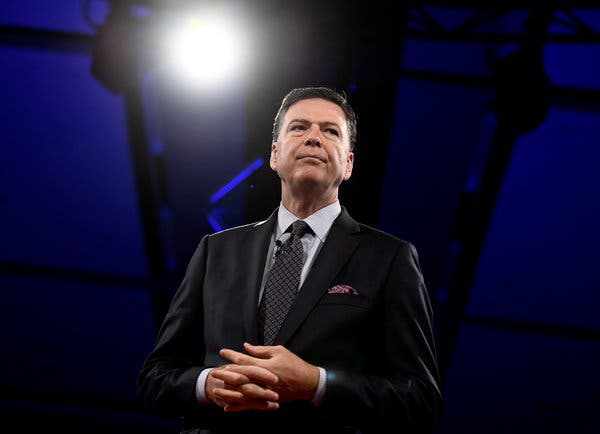 "WASHINGTON — The former F.B.I. director James B. Comey was “insubordinate” in his handling of the investigation of Hillary Clinton during the 2016 presidential election, a critical Justice Department report concluded on Thursday.

But the report, by the department’s inspector general, Michael E. Horowitz, does not challenge the decision not to prosecute Mrs. Clinton. Nor does it conclude that political bias at the F.B.I. influenced that decision, the officials said.

“We found no evidence that the conclusions by department prosecutors were affected by bias or other improper considerations,” the report said. “Rather, we concluded that they were based on the prosecutor’s assessment of facts, the law, and past department practice.”