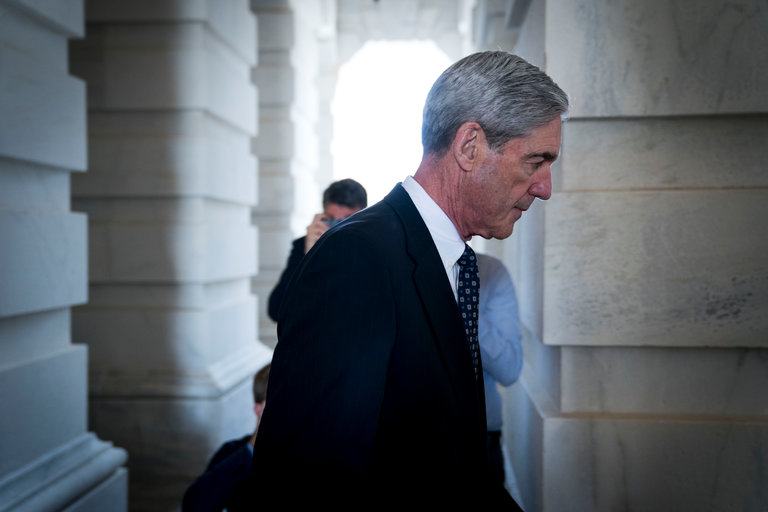 "WASHINGTON — The special counsel, Robert S. Mueller III, has subpoenaed the Trump Organization in recent weeks to turn over documents, including some related to Russia, according to two people briefed on the matter. The order is the first known instance of the special counsel demanding records directly related to President Trump’s businesses, bringing the investigation closer to the president.

The breadth of the subpoena was not clear, nor was it clear why Mr. Mueller issued it instead of simply asking for the documents from the company, an umbrella organization that encompasses Mr. Trump’s business ventures. Mr. Mueller ordered the Trump Organization to hand over records related to Russia and other topics he is investigating, the people said.

The subpoena is the latest indication that the investigation, which Mr. Trump’s lawyers once regularly assured him would be completed by now, will continue for at least several more months. Word of the subpoena came as Mr. Mueller appears to be broadening his inquiry to examine the role foreign money may have played in funding Mr. Trump’s political activities. In recent weeks, Mr. Mueller’s investigators have questioned witnesses, including an adviser to the United Arab Emirates, about the flow of Emirati money into the United States.

Mr. Mueller has already indicted 13 Russians and three companies accused of meddling in the 2016 presidential campaign, and on Thursday, the Trump administration included them in sanctions it leveled at Moscow as punishment for interference in the campaign and “malicious cyberattacks.”

The Trump Organization has typically complied with requests from congressional investigators for documents for their own inquiries into Russian election interference, and there was no indication the company planned to fight Mr. Mueller’s order.