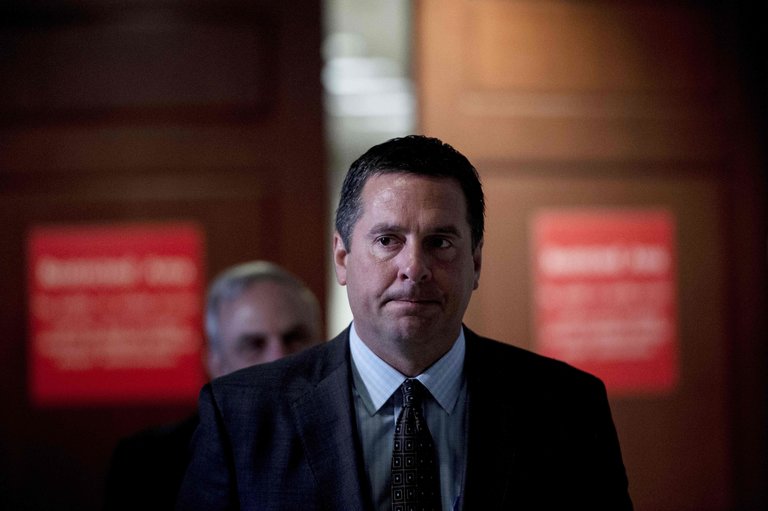 "Gertrude Stein once said of her hometown of Oakland, Calif., “There is no there there.” That about says it for Devin Nunes’s notorious memo, too.

By this I do not mean that Nunes, the California Republican and chairman of the House Intelligence Committee, has uncovered no potential wrongdoing in his three-and-a-half-page memo, which was declassified Friday over vehement objections from senior F.B.I. and Justice Department officials. More about the possible wrongdoing in a moment.

The important questions, however, are:

First, did the F.B.I. have solid reasons to suspect that people in Donald Trump’s campaign had unusual, dangerous and possibly criminal ties to Moscow?

Second, did this suspicion warrant surveillance and investigation by the F.B.I.?

The answers are yes and yes, and nothing in the Nunes memo changes that — except to provide the president with a misleading pretext to fire deputy attorney general Rod Rosenstein and discredit Robert Mueller’s probe.

Let’s review. Paul Manafort, the Trump campaign chairman until August 2016, is credibly alleged to have received $12.7 million in “undisclosed cash payments” from then-Ukrainian President Viktor Yanukovych, a Russian stooge. Had Manafort not been exposed, he might have gone on to occupy a position of trust in the Trump administration, much as Reagan campaign manager Bill Casey wound up running the C.I.A. He would then have been easy prey to Russian blackmail.

George Papadopoulos, the young adviser who pleaded guilty last year to lying to the F.B.I., spent his time on the campaign trying to make overtures to Russia. In May 2016 he blabbed to an Australian diplomat that Moscow had political dirt on Hillary Clinton — information that proved true and was passed on to U.S. intelligence. This was the genesis of an F.B.I. counterintelligence investigation, as the Nunes memo itself admits.

And then there’s Carter Page, the man at the center of the Nunes memo. By turns stupid (his Ph.D. thesis was twice rejected), self-important (he has compared himself to Martin Luther King Jr.), and money-hungry (a suspected Russian agent who tried to recruit him in 2013 was recorded saying he “got hooked on Gazprom”), Page happens also to be highly sympathetic to the Putin regime. The Russian phrase for such characters is polezni durak — useful idiot. No wonder he was invited to give a commencement speech at a Russian university in the summer of 2016. That’s how assets are cultivated in the world of intelligence.

Given the profile and his relative proximity to team Trump, it would have been professionally negligent of the F.B.I. not to keep tabs on him. Yet the bureau only obtained a surveillance warrant after Page had left the campaign and shortly before the election, and it insisted throughout the campaign that Trump was not a target of investigation. How that represents an affront to American democracy is anyone’s guess.

The memo does seem to have uncovered conflicts of interest at the Justice Department, most seriously by then-Associate Deputy Attorney General Bruce Ohr, whose wife was working for Fusion GPS (and thus, by extension, the Clinton campaign) on opposition research on Trump. The memo also claims this relationship was not disclosed to the Foreign Intelligence Surveillance Court when the Justice Department applied for a surveillance warrant on Page.

That’s a significant omission that already seems to have led to Ohr’s demotion, according to Fox News. Then again, the Nunes memo has its own “material omissions,” according to an adamant and enraged F.B.I. Who do you find more credible: Nunes or F.B.I. Director Christopher Wray?

Nor does the Nunes memo claim that the information provided by the F.B.I. to the foreign intelligence court was, in fact, false. The closest it gets is a quote from ex-F.B.I. Director James Comey saying the Steele dossier was “salacious and unverified,” and then noting the anti-Trump bias of various officials involved in the case.

Come again? The Stormy Daniels story is also salacious and almost certainly accurate. “Unverified” is not a synonym for “untrue.” And since when do pundits who make a living from their opinions automatically equate “bias” with dishonesty?

The larger inanity here is the notion that the F.B.I. tried to throw the election to Clinton, when it was the Democrats who complained bitterly at the time that the opposite was true.

“It has become clear that you possess explosive information about close ties and coordination between Donald Trump, his top advisers and the Russian government,” then Senate Minority Leader Harry Reid angrily wrote James Comey in late October 2016. “The public has a right to know this information.”

Maybe so. But the G-Men kept quiet about their investigations, and Trump won the election. How that represents evidence of a sinister deep-state conspiracy is a question for morons to ponder. As for Devin Nunes, he has, to adapt an old line, produced evidence of a conspiracy so small. In modern parlance we’d call it a nothingburger, but the bun is missing, too."