Prosecutors Had the Wrong Man. They Prosecuted Him Anyway. - The New York Times 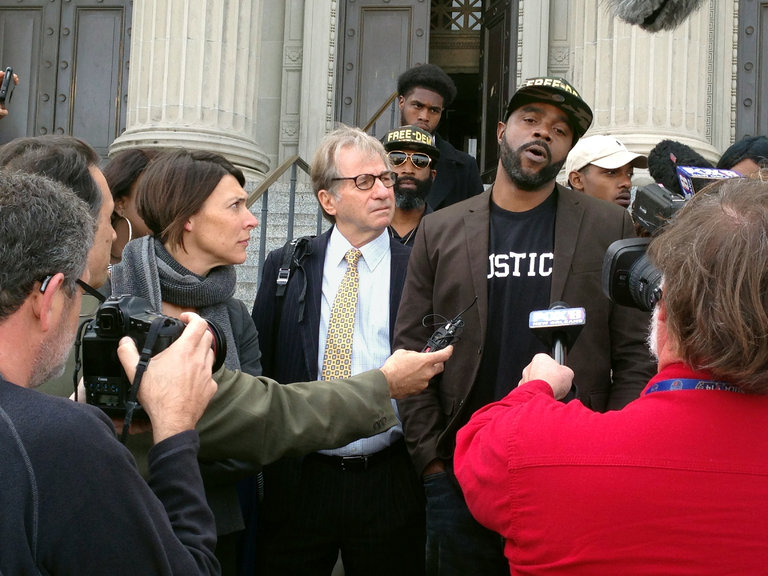 "In the robbery, kidnapping and rape that began in the French Quarter of New Orleans on April 6, 1992, much of the evidence pointed to a man named Lester Jones.

He fit the description of the attacker down to his round-rimmed glasses. His car looked like the perpetrator’s. The rape took place near the housing project where he lived. And after the police arrested him on suspicion of other crimes in the French Quarter that same month, they found jewelry from the robbery in his possession.

Yet the Orleans Parish district attorney’s office chose to arrest a different man, 19-year-old Robert Jones — no relation — for the crime. Mr. Jones not only was convicted, but spent more than 23 years in jail before being cleared of those crimes and a murder he did not commit.

On Tuesday, Mr. Jones sued, charging that prosecutors had deliberately and repeatedly covered up evidence that would have undermined the case against him. More than that, he charged that he was neither the first nor the last victim of such treatment — that prosecutors had an unwritten policy of hobbling the legal defenses of accused citizens without their knowledge.

The New Orleans district attorney’s office has chalked up legal black marks for years, including a string of Supreme Court cases involving prosecutorial misconduct. But the lawsuit filed on Tuesday, in the United States District Court for the Eastern District of Louisiana, is perhaps the most damning compilation of misconduct accusations to date.

In at least 45 prosecutions dating to the 1970s, the lawsuit says, the district attorney’s office possessed evidence that could have helped the accused, but failed to disclose it. In nine of those cases, appeals courts overturned convictions after the evidence was uncovered.

The Jones lawsuit contends — and legal experts agree — that those 45 cases are likely a fraction of the actual number of instances in which favorable evidence was wrongly concealed. Most, they say, are simply never discovered.

Prosecutors are supposed to disclose any information they uncover that might help the defense. But enforcing that obligation — and punishing those who ignore it — has been no easy task. After Mr. Thompson was freed, he won a $14 million judgment, only to have the Supreme Court reverse the award in 2011, ruling that prosecutors can be held financially liable only if they are shown to have a pattern of unethical behavior. He received nothing.

Earl Truvia and Gregory Bright, freed after 27 years in jail for a murder they did not commit, also took a lawsuit over the prosecutors’ so-called Brady violations to the Supreme Court, which declined in 2015 to hear it.

This time, lawyers for Mr. Jones and experts at the Innocence Project have pored over court records to compile evidence of a pattern.

“This was a galling disregard for the constitutional rights of defendants,” said Michael L. Banks, a lawyer with the Philadelphia firm Morgan, Lewis & Bockius. “From the top of this office, there was a culture of winning. And winning meant getting convictions. And that’s why there’s such a striking pattern of wrongful convictions.”

A spokesman for Leon A. Cannizzaro Jr., the current Orleans Parish district attorney, declined to comment on pending litigation.

Prosecutors have been obligated to turn over favorable evidence to the defense since a 1963 Supreme Court decision, Brady v. Maryland, which said that failure to do so violated the right to due process. But the ruling left prosecutors to decide which evidence should be disclosed.

Lawyers and judges have complained that too often, prosecutors err in their own favor. In 2013, the chief judge of the United States Court of Appeals for the Ninth Circuit at the time, Alex Kosinski, famously warned of an “epidemic” of Brady violations, adding: “A robust and rigorously enforced Brady rule is imperative because all the incentives prosecutors confront encourage them not to discover or disclose exculpatory evidence.”

Jennifer Laurin, an expert on civil rights and criminal law at the University of Texas School of Law, said she could not say there was evidence of an epidemic. “But what I do see is a system that is not well designed to ensure compliance with Brady,” she added. A handful of unscrupulous prosecutors may conceal information that undermines their cases, she said, but many more well-meaning prosecutors may simply misjudge the importance of evidence to a defendant’s case, or even be unaware that it is important at all.

When evidence is not properly disclosed, experts say, the omission is rarely discovered. The vast bulk of criminal cases never go to trial — 97 percent of federal criminal convictions are the result of guilty pleas. The accused often must decide whether to go to trial and risk the maximum sentence or plead guilty in exchange for a lesser punishment, all without knowing how strong the case against them is.

After conviction, the odds that favorable evidence will be discovered in prosecutors’ files is vanishingly small, because it can take hundreds or thousands of hours of legal work. Mr. Banks’s firm worked without pay to overturn Mr. Thompson’s conviction. “We literally put a couple of million dollars” in time into the Thompson case, Mr. Banks said, “because it was a capital murder case.” But “most of the time that prosecutors hide evidence, nobody ever knows.”

Robert Jones’s ordeal began with a telephone tip to the police. He was convicted in 1996 of the robbery, kidnapping and rape in a trial that lasted but two days. Although most of the evidence indicated that Lester Jones, not Robert, was responsible, two of the victims had identified Robert in a lineup. Prosecutors argued that Lester and Robert knew each other — Lester Jones had said so in a statement to the police — and that Robert had used his friend’s car and given him stolen jewelry as compensation.

Only years later, after the Innocence Project New Orleans took up Robert Jones’s case, did the truth emerge: A lineup from which Mr. Jones was selected had been tainted because it included people that the rape victim knew, thus narrowing the range of suspects. Days before trial, Lester Jones had recanted the assertion that he knew Robert. And Lester had been convicted of two similar French Quarter crimes that happened the same month.

None of that evidence was given to Robert Jones’s lawyer before the 1996 trial. Nor was a trove of other evidence favorable to Mr. Jones, including evidence that the rapist had told his victim he was taking her to his “neck of the woods;” the victims’ initial descriptions of the attacker, which pointed to Lester; and the fact that none of those descriptions included Robert’s most prominent feature: a mouth filled with gold-capped teeth.

The prosecution also failed to disclose the conclusion that New Orleans police detectives had reached long before the 1996 trial: The robbery and rape for which Robert Jones went to jail was part of a five-crime spree in the French Quarter that month, all of which appeared to have been committed by the same assailant.

When the fifth crime took place, Robert Jones was already in jail."

Prosecutors Had the Wrong Man. They Prosecuted Him Anyway. - The New York Times
Posted by John H Armwood II at 7:52 AM