How Wobbly Is Our Democracy? - The New York Times 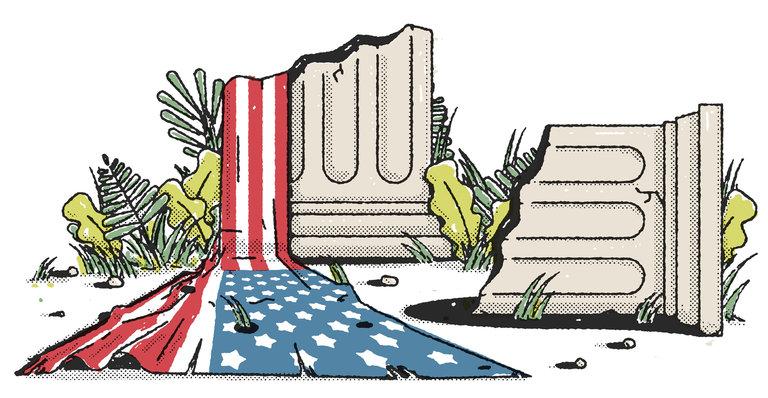 "... As political scientists have shown, the roots of today’s polarization are racial and cultural. Whereas 50 years ago both parties were overwhelmingly white and equally religious, advances in civil rights, decades of immigration and the migration of religious conservatives to the Republican Party have given rise to two fundamentally different parties: one that is ethnically diverse and increasingly secular and one that is overwhelmingly white and predominantly Christian.

White Christians are not just any group: They are a once-dominant majority in decline. When a dominant group’s social status is threatened, racial and cultural differences can be perceived as existential and irreconcilable. The resulting polarization preceded (indeed, made possible) the Trump presidency, and it is likely to persist after it.

Extreme partisan polarization had already begun to eviscerate our democratic norms long before Mr. Trump’s election. By the time of Barack Obama’s presidency, many Republicans had abandoned mutual toleration. Prominent Republicans attacked Mr. Obama and the Democrats as anti-American. And of course, in 2016, the Republican Party nominated for president a man who questioned Mr. Obama’s citizenship and insisted that his rival was a criminal.

Polarization also encouraged politicians to abandon forbearance, beginning with the Gingrich-era government shutdowns and the partisan impeachment of Bill Clinton. Other examples include proliferating filibuster use, congressional refusal to raise the debt limit and President Obama’s use of executive actions to bypass Congress.

Perhaps the most consequential was the Senate’s refusal to take up Mr. Obama’s nomination of Merrick Garland to the Supreme Court. Since 1866, every time a president had an opportunity to fill a vacancy before the election of his successor, he was allowed to do so (though not always on the first try). The Senate’s refusal to even consider an Obama nominee violated a 150-year-old norm..."

How Wobbly Is Our Democracy? - The New York Times
Posted by John H Armwood II at 2:37 PM